Officers were terminated after video footage showed them beating a handcuffed man, stopping his head into the ground and then pointing a gun to him. 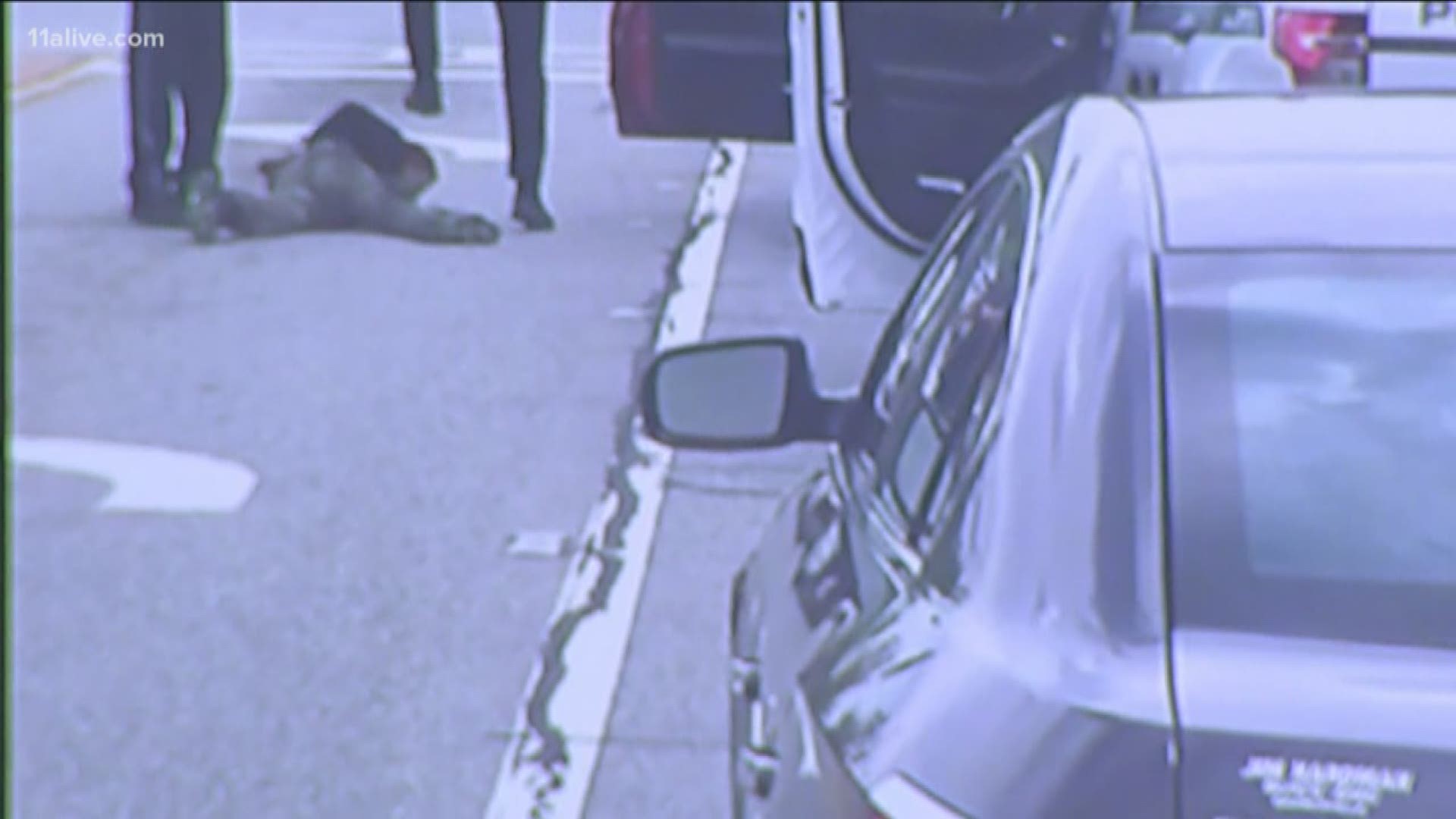 GWINNETT COUNTY, Ga. — A man who was beaten and kicked by officers four years ago in Gwinnett County is now filing a lawsuit against several entities in the case.

On Wednesday morning, Demetrius Hollins' attorneys announced he's filing a suit against the county, the Gwinnet police department, the former police chief, and two former officers involved in the incident.

On an April day in 2017, Hollins was driving when former officers Michael Bongiovanni and Robert McDonald with Gwinnett Police pulled him over.

Cell phone video footage of the arrest caught by bystanders shows Bongiovanni first hitting Hollins in the face with his forearm. More clips show McDonald later kicking Hollins in the head and then pointing a gun at his head.

McDonald was found guilty of aggravated assault, battery and violating his oath of office and was sentenced to 10 years probation. Bongiovanni, who testified against his ex-partner during a trial as part of a plea deal, pleaded no contest to aggravated assault and battery and was sentenced to six months in a work-release program with 10 years probation. Both of them were fired.

The lawsuit says Hollins is now seeking damages for the 2017 assault, claiming Bongiovanni and McDonald used "excessive force" during the routine traffic stop and they were "at all times acting in accordance with and pursuant to the unconstitutional policies, customs, patterns, and/or practices" established by Gwinnett County and former Chief of Police Butch Ayers.

The lawsuit asserts the then 22-year-old suffered severe burn marks to the back of his neck, a busted lip, severe swelling and bruising to most of his face, which caused permanent scarring to his chin, nose, and lower lip.

"The traumatic and unjustifiable abuse of being punched in the face, Tased, and kicked in the face by sworn police officers for no good reason, in the middle of a busy public roadway and intersection in broad daylight, has caused significant mental and emotional shock, humiliation, distress and trauma, and serious and ongoing psychological and emotional injuries which Plaintiff still experiences today," the lawsuit said.