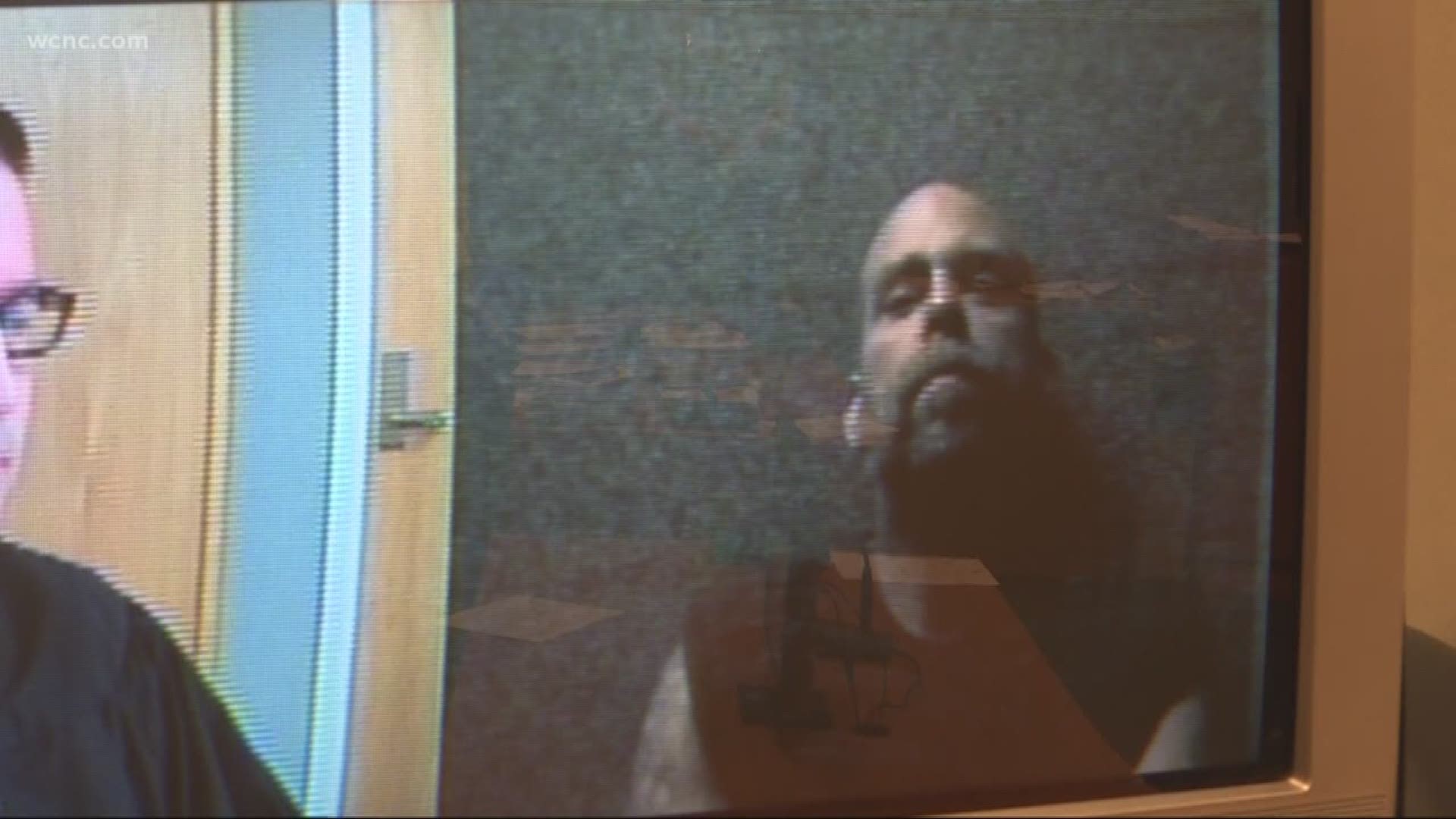 GASTONIA, N.C. — A Hickory man was arrested after state troopers said he hit two pedestrians, killing one, during a police chase in Gastonia Sunday evening.

According to the Gaston County Sheriff's Office, a deputy tried to stop 41-year-old Joshua Todd Soule for erratic driving after he drifted in and out of his lane and failed to stop a red light on Highway 321 at Rankin Avenue. When Soule didn't stop, a chase ensued, according to deputies.

Police said the pursuit continued through the intersection of Highland Street and Rankin Avenue when Soule hit two pedestrians. Troopers said Soule continued at a high rate of speed before crashing into a fence and an air conditioning unit at a nearby house.

Soule reportedly jumped and ran from his car but was arrested near the scene of the second crash. He was charged with felony speeding to elude and DWI and second-degree murder.

Investigators identified the man who was seriously hurt as 48-year-old Shawn Smith. He was in stable condition at the hospital. The person who died hasn't been identified as troopers are still trying to contact next of kin.

Investigators said the deceased man was from Decatur, Georgia.

"He was a good dude all the way," friend Samuel Bigelow said. "He just wanted to provide for his daughter, that's all."

Troopers said Soule had drugs and alcohol in his system during the chase. Court documents said he had marijuana in his car and an open container of alcohol.

Despite Soule being charged with the pedestrian's death, witnesses at the scene said the sheriff's squad car struck at least one of the pedestrians.

Witnesses at the scene differed on several key details on what happened, though all insisted the sheriff's office was to blame for the incident.

"They going to say they didn't hit him," Johnny Earley said. "He was laying dead, dead in the streets. This must stop; this has got to stop."

However, Highway Patrol said the forensic evidence clearly pointed to Soule as the only driver who struck the pedestrians.

"We've done a thorough investigation and looked for any damage on the patrol car being on the hood and also at the undercarriage, and we can't find any evidence at this time that leads us to believe that the vehicle made contact with either of those pedestrians," Trooper Ray Pierce said.

The sheriff's office is conducting its own internal investigation. Both deputies are on administrative leave.

Calls for investigations after power restored in Manhattan

Churches jump into action with threat of immigration sweeps