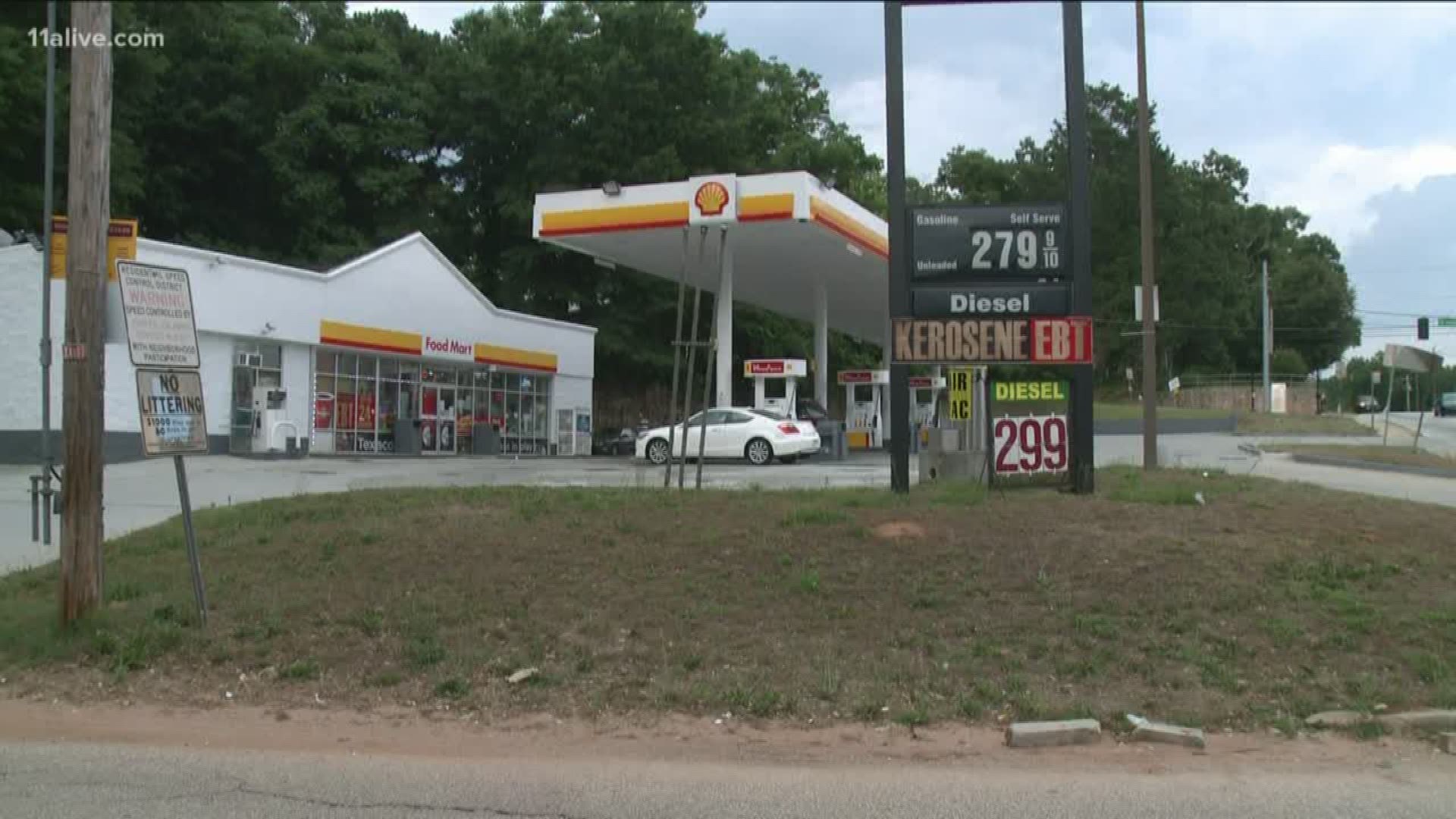 DEKALB COUNTY, Ga. — A man is facing murder charges after fatally shooting another person at a DeKalb County gas station, but that suspect said he acted in self defense.

The shooting happened just before 4 p.m. Sunday at the Shell gas station in the 1800 block of Glenwood Avenue, just off I-20 in DeKalb County, officials say.

According to a police report from the incident, 25-year-old Tevin Merriweather told police that he stopped at the business to get gas when he was apparently confronted by the 34-year-old victim.

The police report states the victim had been shot at least five times - three times to his upper chest and twice to the lower right side. Witnesses said they heard 17 gunshots, and investigators found 22 spent bullet rounds at the scene.

EMTs performed CPR on the victim and took him to the hospital, but he ultimately died.

According to the police report, the victim was at the gas station with a neighbor who lives on the same street as him. Police said the victim often cuts her lawn, and the two decided to go to the store to get chips. The neighbor said she was in the store with the victim when she saw him get into the fight with Merriweather. When it spilled outside and she saw Merriweather pull the gun, she said she ran away from the window, according to the report.

Police took Merriweather into custody at the scene, and later when he was in the patrol car, officers reported him asking "It isn't against the law to defend yourself with a gun is it?" and "All I was trying to do was pay for my gas and the guy jumped on me."

Merriweather is now facing a murder charge in connection to the incident.