'As soon as I saw the truck, my heart dropped' | Family reacts to man found dead in vehicle

Garcia Gaddis' cousin says when his family had not heard from the 39-year-old and he did not show up to work, they began to worry. 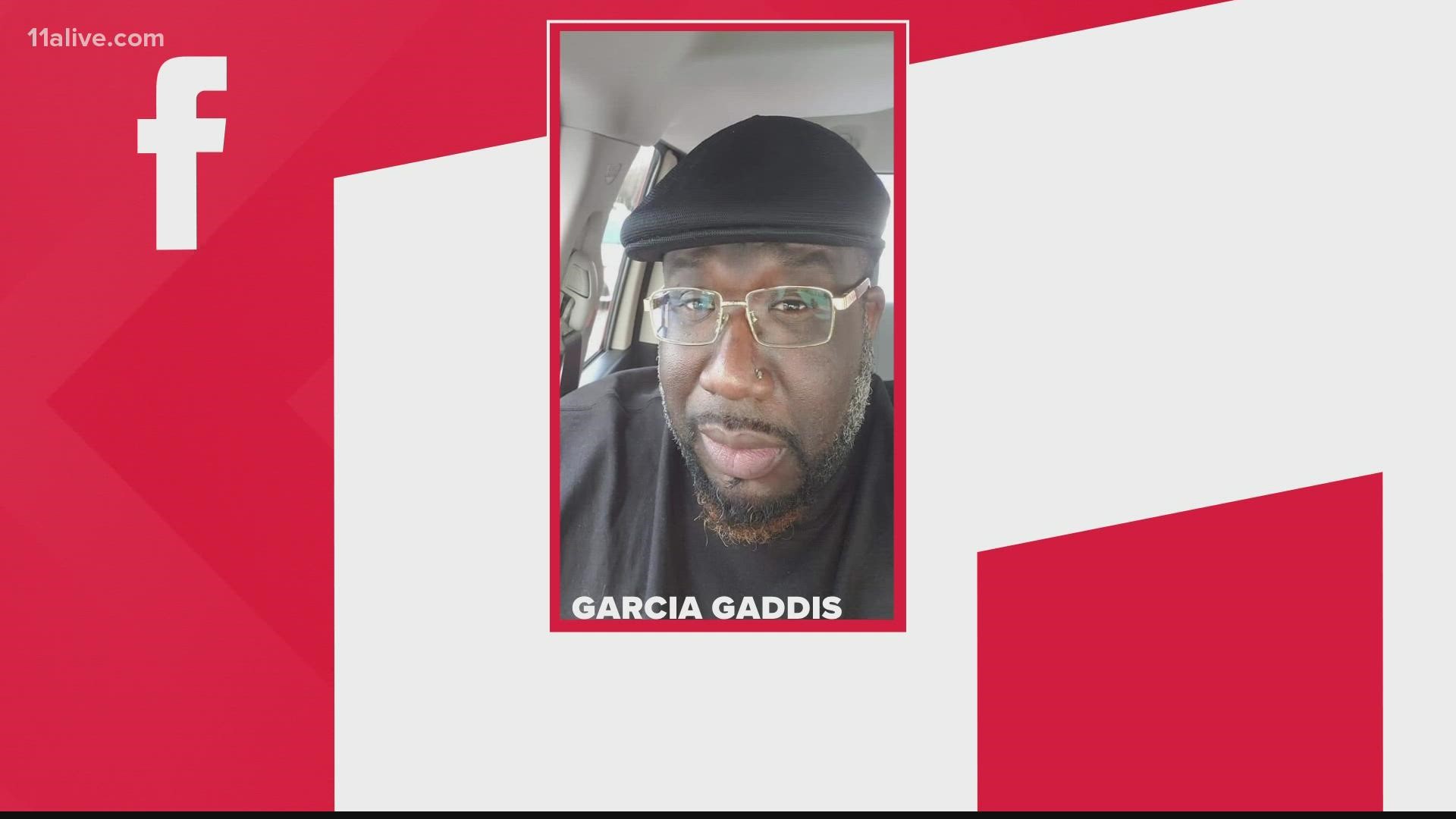 GWINNETT COUNTY, Ga. — When Garcia Gaddis did not show up to work late last week and his family could not get ahold of him, missing posters with his face showed up on social media. Days later, his body was found inside a car.

His cousin, Mercedes Evans, said this shocking discovery is bringing forth more questions than answers, while the Gwinnett Police Homicide Unit explores "all motives".

"I'm so confused. How did this type of crime happen to a person like Garcia, just based on his character and his personality? Everybody loves him. He was so giving... he would give you the shirt off his back," Evans, who lives in Mississippi, said.

According to a statement from Gwinnett Police Department spokesperson Hideshi Valle, officials responded to reports of a suspicious vehicle nearby Pierce Brennen Drive and Tech Center Parkway shortly after 2 p.m.

Evans says her beloved cousin and family man, was found inside that vehicle. She found out while watching the news for an update on him.

"As soon as I saw his truck, my heart dropped," she said. "We had just been praying to God to give us a sign. He showed us where Garcia was, so we have that. Now we just want who's accountable. We need to know what exactly happened. There's no way we could have ever prepared for this particular outcome, so we're very confused."

Evans says Gaddis moved to Atlanta from Mississippi, where some of his siblings live, a few years ago to branch out.

The 39-year-old man was a truck driver who also drove for Uber on his time off because he loved meeting people so much.

He was a big brother, a son, a cousin, and a hard worker. Evans says he was "godly" and loved church music.

"The way that the crime happened, the way that his truck was left in that neighborhood, somebody saw something at some point," she said. "I pray that they come forward and say something."

While details about what happened to him are unclear, police say anyone with details in his death is asked to come forward.