Police said Michael Tolbert had been killed by a gunshot wound to the torso. 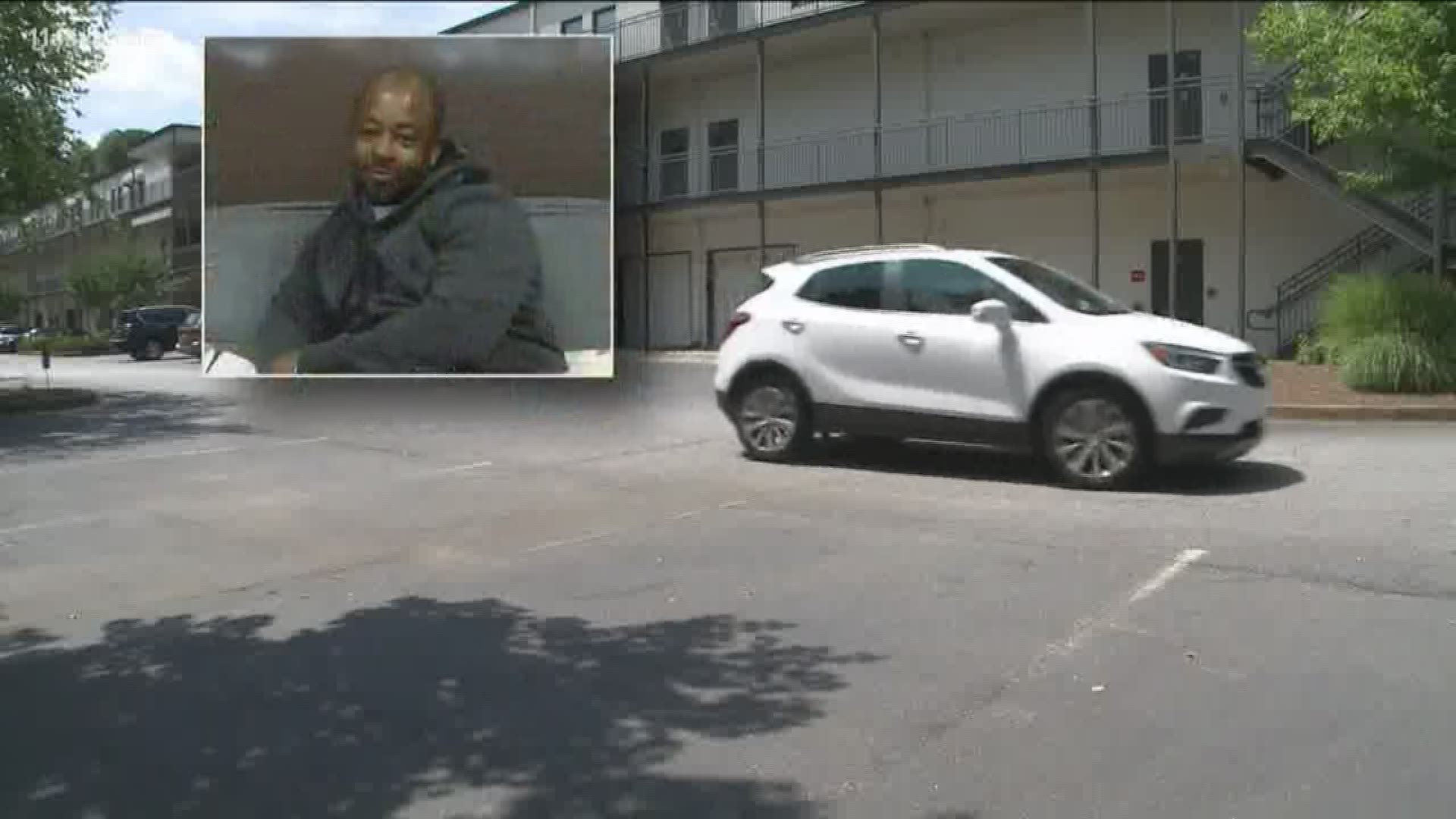 First: hearing that police had found the body of their son and brother, 34-year-old Michael Tolbert, behind a small shopping mall in Peachtree City over the weekend. Then: late Monday afternoon, police telling them Tolbert had been shot to death.

It was early Saturday morning when police found Tolbert's body outside the back of the Wisdom Pointe Shopping Center on Ga. Hwy 74 North, in Peachtree City. Monday afternoon, Peachtree City Police confirmed that Michael Tolbert had been killed by a gunshot wound to the torso.

"We are actively investigating a number of leads just from different people that knew him, people who had last seen him, people in the area," said Peachtree City Police Lt. Matt Myers, the Commander of the Criminal Investigations Division.

"We have a lot of different people to talk to. So, the investigation is still very active and ongoing," he said.

Lt. Myers said police are questioning a man who they say fired several gunshots in the neighborhood early Friday morning, but they don't know yet if he is connected to Tolbert's death.

Tolbert's sister, Sonia Barber posted about her brother on Facebook.

"This is so unreal," she posted. "I'm missing you already, bro."

Barber told 11Alive News Monday afternoon she wants everyone to know about Michael.

"He loved cooking, and he was very great at it. He was very humble. He had a kind spirit," she said. "He was just a nice person to be around - and it was a blessing to have him as my brother."

Barber, who spoke with 11Alive from her home in Clayton County, said Tolbert and their mother had just moved together to Fayette County, to Peachtree City. But a few days before Tolbert was killed, Barber said he disappeared.

She said the family filed a missing persons report at about the same time police discovered his body.

"I'm praying and standing still, that's where I'm at," she said. "I know whatever is in the dark is going to come to the light, and that I'm just praying for justice, and that it will be served soon."

The family has set up an on-line appeal for help raising money for Tolbert's funeral.

Peachtree City Police continue to investigate, looking through surveillance videos, trying to find all the answers for a family in anguish.

Late Monday afternoon, police released this update on the case:

On 8/03/2019 at approximately 7:45 a.m., Peachtree City Police Department responded to a report of a deceased male found in an area of thick brush behind the parking area of Wisdom Pointe, 277 North Highway 74. Detectives from the Peachtree City Police Department and the Georgia Bureau of Investigation (GBI) Region 2 Crime Scene Unit processed the body and its surroundings for evidence. The deceased was identified as Michael Tolbert, 34, of Peachtree City. Early in processing the scene, the cause of death was not apparent. Once the body was moved from its final resting position, a defect was identified on the torso. An autopsy by the GBI Medical Examiner's Office on 08/05/2019 confirmed that the defect was a gunshot wound. The manner of death is classified as homicide at this time, and investigation into the matter is ongoing by the Peachtree City Police Department's Criminal Investigations Division.

On 08/02/2019 at approximately 1:15 a.m., Peachtree City officers responded to a call of several gunshots heard in the area of Woodsmill Apartments. No suspects were located at that time. Subsequent investigation into that incident resulted in the suspected gunman from the Woodsmill incident being arrested in the late hours of 08/04/2019. Detectives are actively investigating any potential relationship between the shots fired at Woodsmill and the body found behind Wisdom Pointe. Further information on the arrested suspect will be available later this evening once arrest warrants have been issued.

Anyone with information on this investigation is encouraged to contact Peachtree City Police at 770-487-8866.

Man who sent pipe bombs to Dems sentenced to 20 years