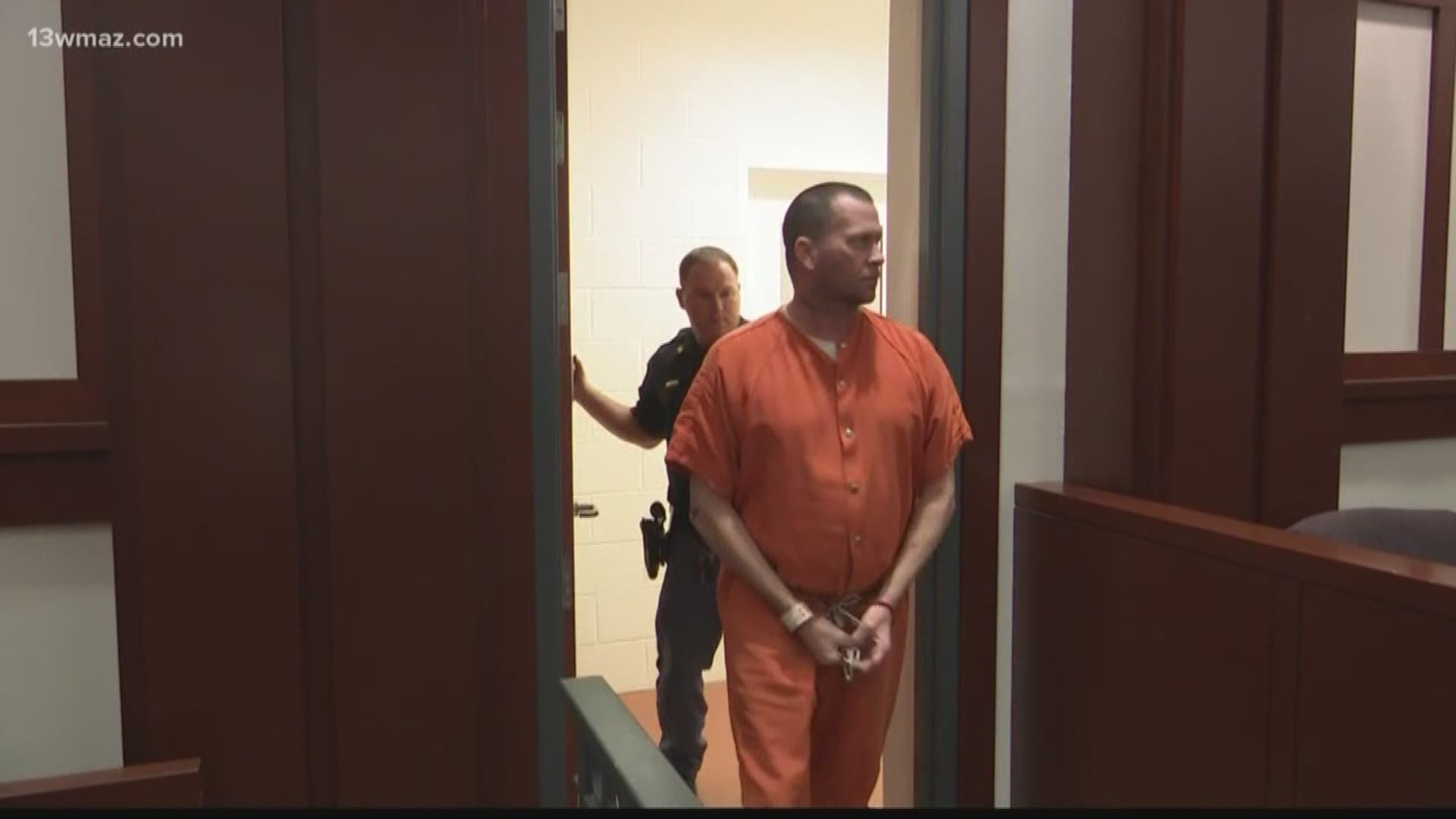 HOUSTON COUNTY, Ga. — The man accused of injuring a Centerville Police officer in a shootout appeared in court Thursday for a plea hearing.

As part of the plea agreement, several charges were dropped from the 16-count indictment against Perry Baggett.

However, the most serious charges remained, including criminal attempt to commit malice murder and aggravated assault on a peace officer.

Judge Katherine Lumsden accepted the plea bargain from Baggett and sentencing recommendation from prosecutors, which was 100-years with 60 to be served in prison.

Timeline: Centerville police officer shot while responding to domestic dispute, what we know

In April 2018, Perry Baggett was at the center of an hours-long standoff near Centerville City Hall that began as a domestic dispute.

It quickly escalated after Baggett allegedly shot Centerville Cpl. Jeremy Mashuga and shot at other officers throughout the night.

Speaking in front of Mashuga and other law enforcement officers involved in the case, Houston County District Attorney George Hartwig said he was pleased with the result.

"These are the men and women who put their lives on the line every day for our community," he said, pointing to the officers and deputies behind him. "They go out, they risk their lives just like they did that night, and this kind of violence against our law enforcement officers is not going to be tolerated in Houston County."