The man is in critical condition, police said. 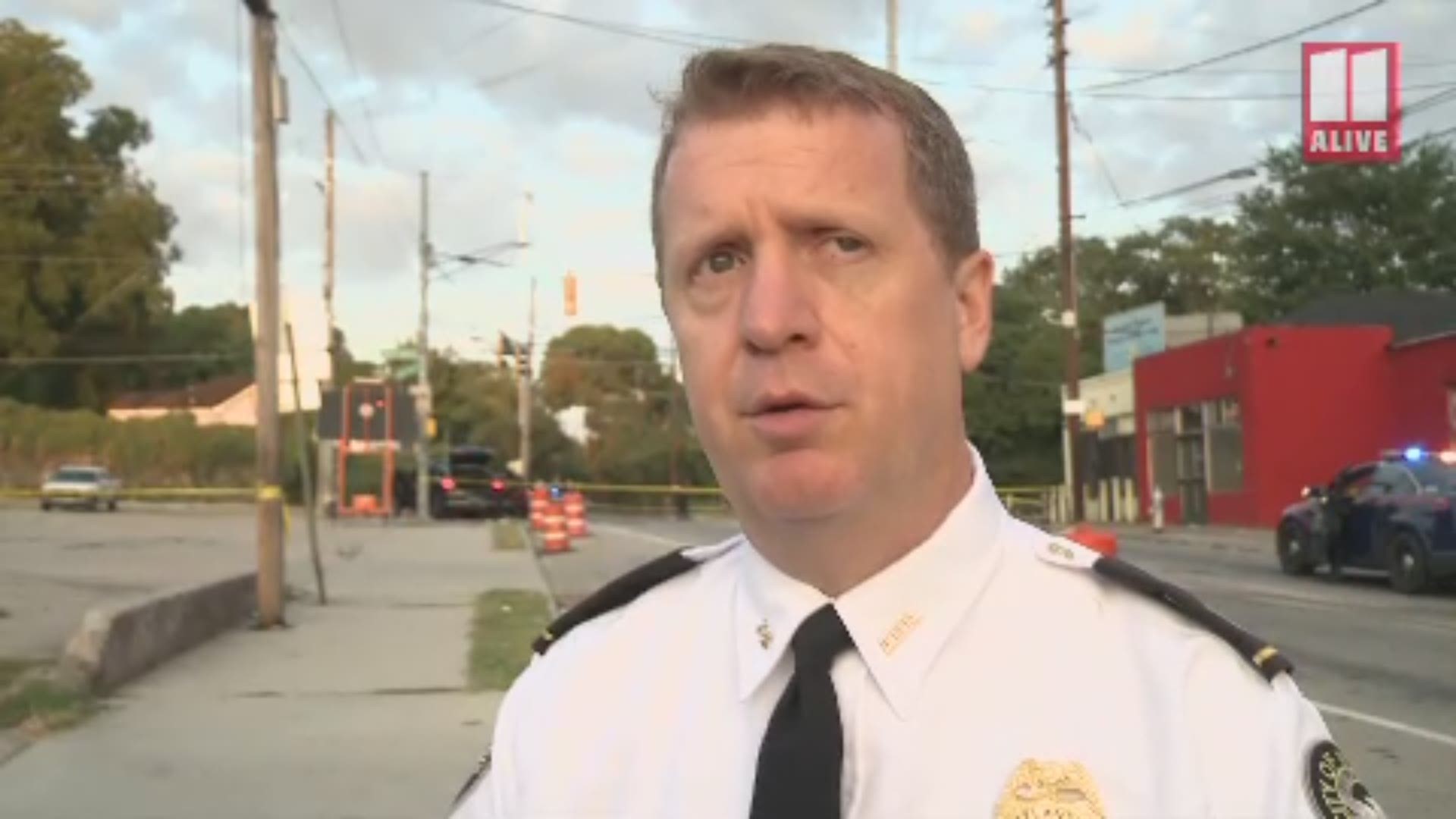 Authorities said it happened shortly before 6 a.m. on Thursday. They arrived to find a man shot in his side.

However, police said the incident started at the intersection of Northside Drive at Ivan Allen Jr. Blvd when someone in one car shot at someone else in another car.

The rolling shootout didn't end there. Apparently, one of the cars collided with an uninvolved car passing through the Joseph E. Lowery intersection. Police said a dark-colored Dodge Charger left the scene and they are actively searching for it.

Authorities believe more shots may have been fired at the Joseph E. Lowery intersection.

Police are still investigating the shooting and said commuters should expect traffic delays.