A video of one man's kind act towards another is being shared throughout the Spalding County community. 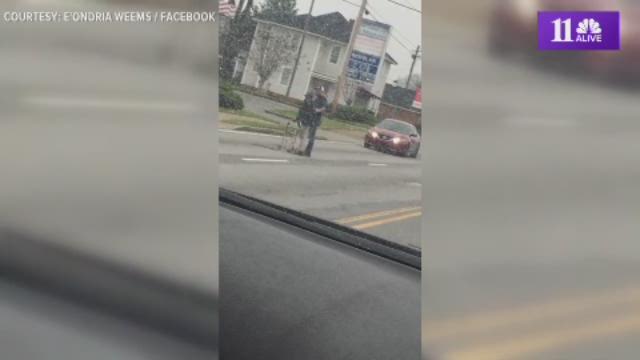 GRIFFIN, Ga. -- Sometimes things happen that remind us of the bright spots in humanity.

A video of one man's kind act towards another is being shared throughout the Spalding County community. E'Ondria Weems was driving in Griffin on Sunday when she noticed a man with a walker trying to cross the road.

She said before she could react a man named Justin stepped in. He pulled his white ram truck over "got out of his car and stopped traffic for the elderly man and helped him across the street."

Justin Jackson said when he saw what was happening, he just had to stop.

"The old man was walking across the streets and people were flying by and I was like l got to stop."

"It was so nice of him to do that. Makes you think there are still nice people in this world," Weems said.

She captured video of the kind act and posted it to her Facebook page.

It's been viewed hundreds of thousands of times. The hundreds of comments were praising and...crushing on the man who stopped.