Man, who had been sleeping in parking lot, led deputies on chase, tried to run them over, shot: GBI

Authorities said instead of the man handing the deputy his license, he drove off and led officers on a chase, almost hitting them in the process. 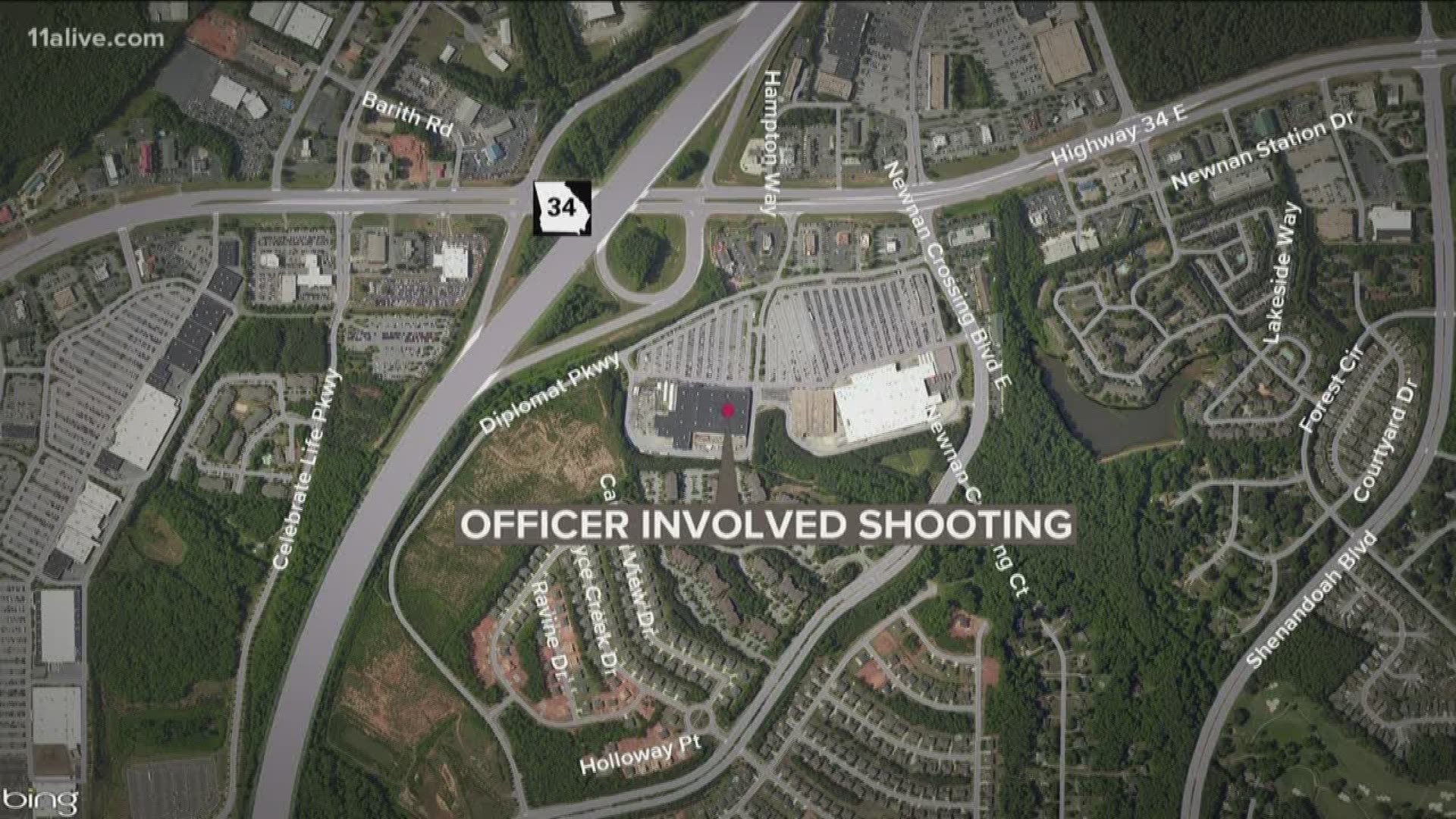 NEWNAN, Ga. — A man who was found sleeping in a shopping center parking lot wound up shot by Coweta County deputies after they said he led them on a chase and appeared to try and run responding deputies over with his car, authorities said.

According to the Georgia Bureau of Investigation, one of the deputies was on patrol at the Newnan Crossing Shopping Center off Bullsboro Drive around 2:20 in the morning, Sunday.

The GBI said the deputy noticed a vehicle parked in a lot behind the T-Mobile store. After notifying dispatch, GBI said the deputy exited his patrol car to investigate. That's where he reportedly found 34-year-old Nicholas Bolton in the backseat of his car, apparently sleeping.

The deputy identified himself and began speaking with Bolton, authorities said. He reportedly asked Bolton for his driver’s license and to step out of the vehicle, but authorities said Bolton refused to do either.

The deputy called for another officer to come on scene, and both deputies reportedly explained to Bolton that he was loitering and could either hand over his license and exit, or he would be arrested for loitering and obstruction.

A third deputy who had arrived by this time assisted in the pursuit. One of them reportedly performed a PIT maneuver to prevent Bolton from reaching Hwy 34 and traffic. Authorities said the maneuver spun Bolton’s vehicle around to the point that it was facing the lead pursuit patrol vehicle, hitting the deputy's vehicle.

When the deputy directly in front of Bolton's vehicle saw what he believed to be Bolton actively trying to drive his vehicle into the direction of the deputy to Bolton's left, authorities said he fired one shot from his service weapon through Bolton's front windshield.

The GBI said the bullet hit Bolton, though it didn't specify where. Emergency responders took the 34-year-old to Atlanta Medical Center where is believed to be in critical condition.

No officers were injured in the incident.

The GBI will now continue its independent investigation.  When the investigation is complete, it will be turned over to the Coweta County District Attorney’s Office for review.

According to officials, Sunday's shooting was the 38th officer-involved incident the GBI was called to investigate so far in 2019. That number is slightly down from the 49 incidents this same time last year.