Man with 2 guns dies in officer-involved shooting after standoff

"Eventually he did come outside of the house holding a handgun and a shotgun and he confronted our deputies on the outside," authorities said. "We shot and struck the male subject." 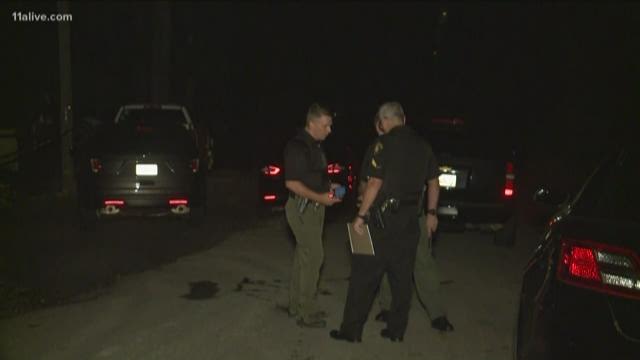 FORSYTH COUNTY, Ga. – The Georgia Bureau of Investigation is leading the probe of a deputy-involved shooting that left a man who barricaded himself inside a home dead.

Forsyth County Sheriff's deputies were called to the 3800 block of Grand Prix Street after a 911 call came in around 10:30 p.m. Wednesday. The caller said two men were fighting in the middle of the street. When deputies arrived, they took one man into custody.

According to GBI, the second man, 31-year-old Garrett Finley Mitchell, brandished a shotgun and refused deputies' repeated commands to come out of his home. The sheriff’s office activated the SWAT team. Negotiations began and lasted for about an hour.

"We attempted to talk him out of the house peacefully," said Cpl. Doug Rainwater.

Rainwater said the man came out of the home with guns several times, then quickly went back inside.

GBI said Mitchell approached deputies at one point and pointed his shotgun at deputies.

"Eventually he did come outside of the house holding a handgun and a shotgun and he confronted our deputies on the outside," Rainwater added. "We shot and struck the male subject."

According to GBI, four deputies fired their guns at Mitchell. He was hit multiple times.

He was taken to the hospital where he died. No deputies were hurt.

#Breaking - The @GBI_GA is investigating a shooting by @ForsythCountySO deputies. It involved a standoff with a man armed with 2 weapons. #MorningRushATL #11Alive pic.twitter.com/3RAQe888e7

GBI is still investigating the shooting. Once the investigation is complete, it will be turned over to the district attorney's office.