It comes days after a mass shooting at a Boulder, Colorado grocery store. 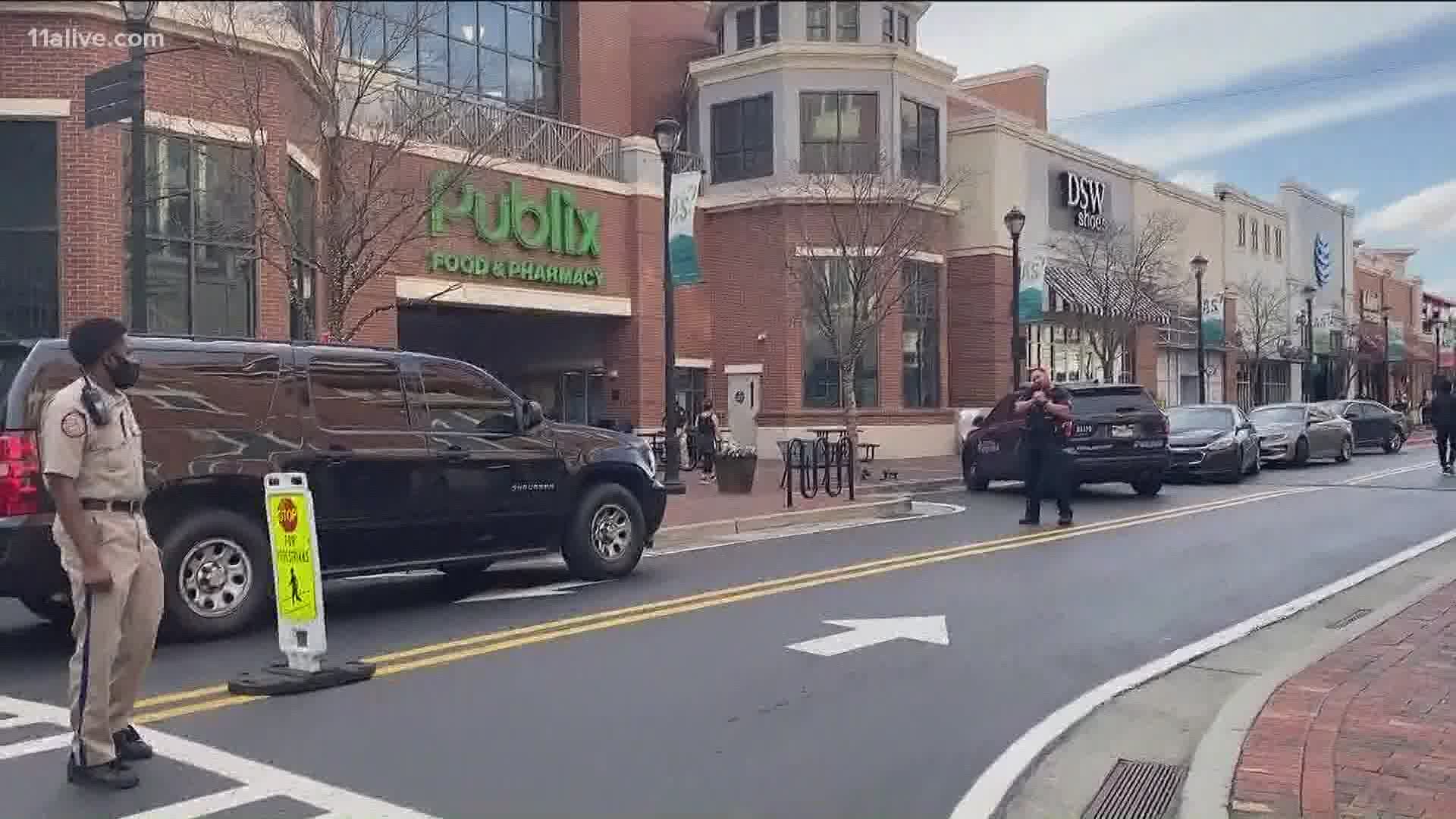 ATLANTA — Days after 10 people were shot and killed at a grocery store in Boulder, Colorado, employees were alarmed when a man armed with multiple weapons entered the Publix in Atlantic Station on Wednesday.

Officers responded to the store at around 1:35 p.m. and met with management who said the armed man entered the store's restroom. Responding officers found the man and immediately detained him, they said.

Officers initially said they discovered he had five firearms and body armor in his possession. Two were long guns and three were pistols. However in an update Thursday morning, they released a photo of the weapons and said they confiscated six guns.

Grady EMS was on the scene and conducted a mental health evaluation, police added.

Atlanta Police later said the 22-year-old man was taken into custody and charged with five counts of criminal attempt - aggravated assault and six counts of possession of a firearm during commission of a felony.

When asked by 11Alive if the man was licensed to carry, police said the case was still under investigation. While police have not said why the man may have entered the store, Georgia is an open-carry state.

At around 5:30 p.m., Wednesday, police said they were also investigating a suspicious package at that same location, in the parking deck beneath the street. That call was later cleared, though, just after 9:30 p.m. after investigators found that the bag contained clothing and other items. So far, police have not made a connection between the two incidents.

The grocery store, along with the interior of Atlantic Station shopping district streets and parking deck were closed during the investigation, a spokesperson for Publix and Atlantic Station said in different statements.

"At Publix, the safety of our associates and customers is our priority. We are cooperating with local law enforcement on an incident that occurred earlier today in our Atlantic Station store. We are thankful that there were no injuries, and all were able to exit the store safely," the statement from Publix read.

Atlantic Station said carrying firearms on the property is a direct violation of their policy.

RELATED: Here are the 10 people killed in the Colorado grocery store shooting

“You know, everyone is pretty scared," explained one of those shoppers, named Thomas.

“It makes you feel like you have to keep your eyes open at all times and just be cautious of what’s going on around you," another shopper, Dina, told 11Alive.

No bond was set for the suspect on Thursday. 11Alive learned that he waived his first court appearance.

As for the Colorado case making national headlines, the suspect accused of opening fire inside a crowded supermarket was a 21-year-old man who purchased an assault weapon less than a week earlier.

It happened at King Soopers, a Denver-based subsidiary of Kroger. No motive in the shooting has been determined. The suspect faces murder charges.