March For Our Lives rally held Sunday in Atlanta 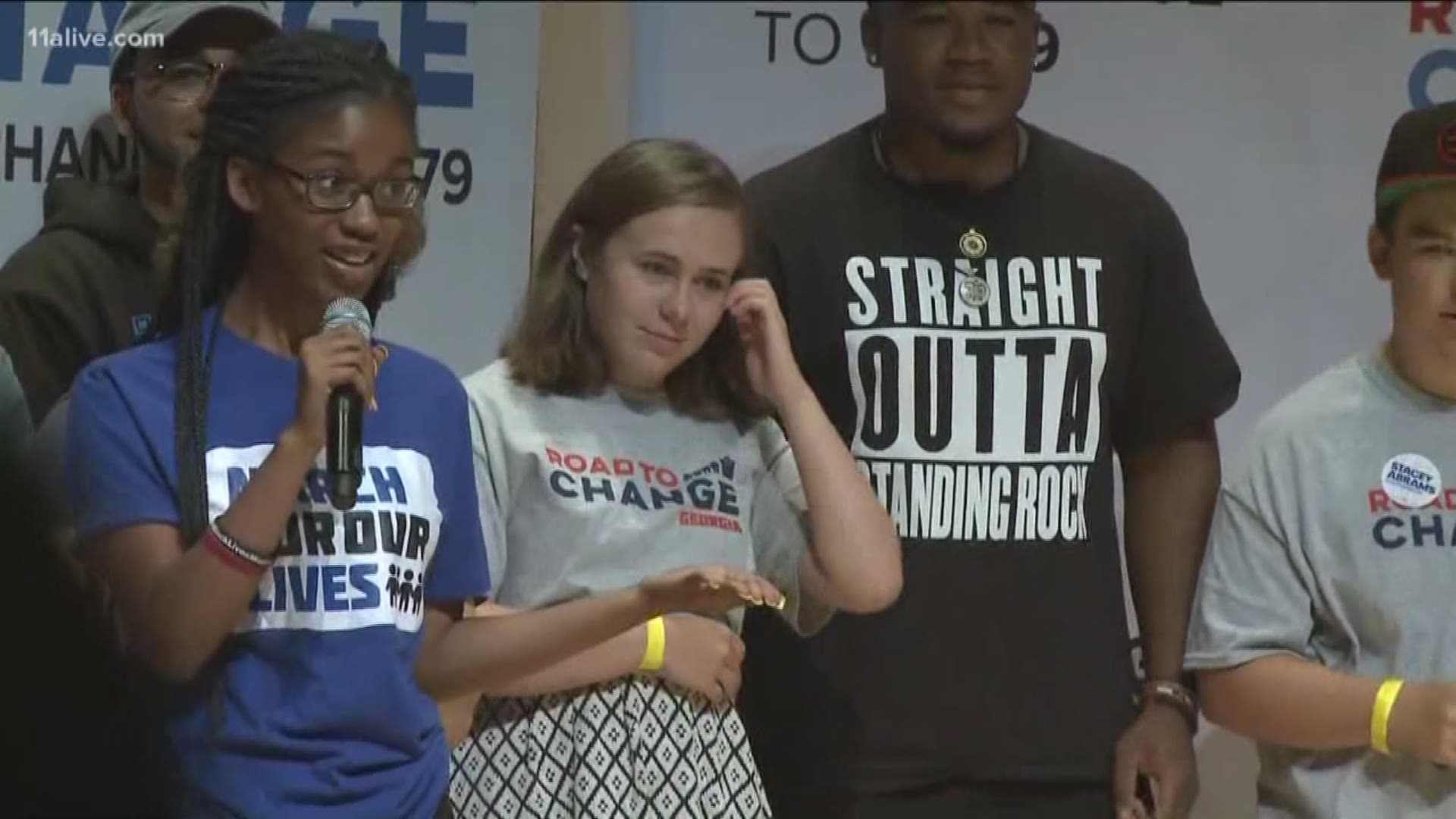 ATLANTA -- Several speakers and about 200 people participated in Sunday's March for Our Lives, Road to Change rally in Atlanta.

Speakers included graduates from Marjory Stoneman Douglas High School in Parkland, Fla., to Antoinette Tuff, a Dekalb County school employee who talked a gunman out of school shooting in 2013 to student activists from Georgia and across the country.

Monteria Robinson, the mother of Jamarion Robinson, who was shot 76 times by U.S. Marshals in 2017, also spoke.

The rally was held The Rialto Center for the Arts Theater at Georgia State University.

Speakers threw support behind Democrat Stacey Abrams, who is running in the Georgia's nationally watched governor's race this fall.

And some speakers voiced their opposition to Abrams' GOP opponent, Brian Kemp, for his controversial TV ad in which he brandished a shotgun next to an actor portraying one of his daughters' suitors.

“This past week, Brian Kemp, a man who pointed a gun at a teenager in a campaign ad, in order to instill in him a healthy appreciation boos for the Second Amendment, won his run-off race,” student activist Jake Bush told the audience, to a smattering of "boos."

Abrams herself was not at the rally, but Kemp's campaign said he "will support local school boards, administrators, teachers, and parents as they work to create and implement school safety initiatives that keep our schools safe.

From hiring retired law enforcement and military to serve as security, arming willing educators, or using technology like optical scanners and automatic locks to secure entrances, Kemp will support local solutions - not a top down, unfunded, big government mandate."

Kemp's campaign said Abrams' gun control agenda "undermines public safety and fails to keep us safe. In fact, her plan to confiscate firearms is radical, unconstitutional, and down right frightening."

Many shared their personal stories related to gun violence, as well as calling for an end to police brutality, as well as mass and school shootings.

“All we need to do is get elected officials in office that want what the people want and that’s to get more kids to actually survive high school,” said March For Our Lives strategist Matt Deitsch.

PHOTOS: March for Our Lives rally