Lanterns light up sky to honor Atlanta woman who was kidnapped, killed

The Atlanta community, friends and family of Abdulram gathered for her vigil in Old Fourth Ward Wednesday night, just five days after her death. 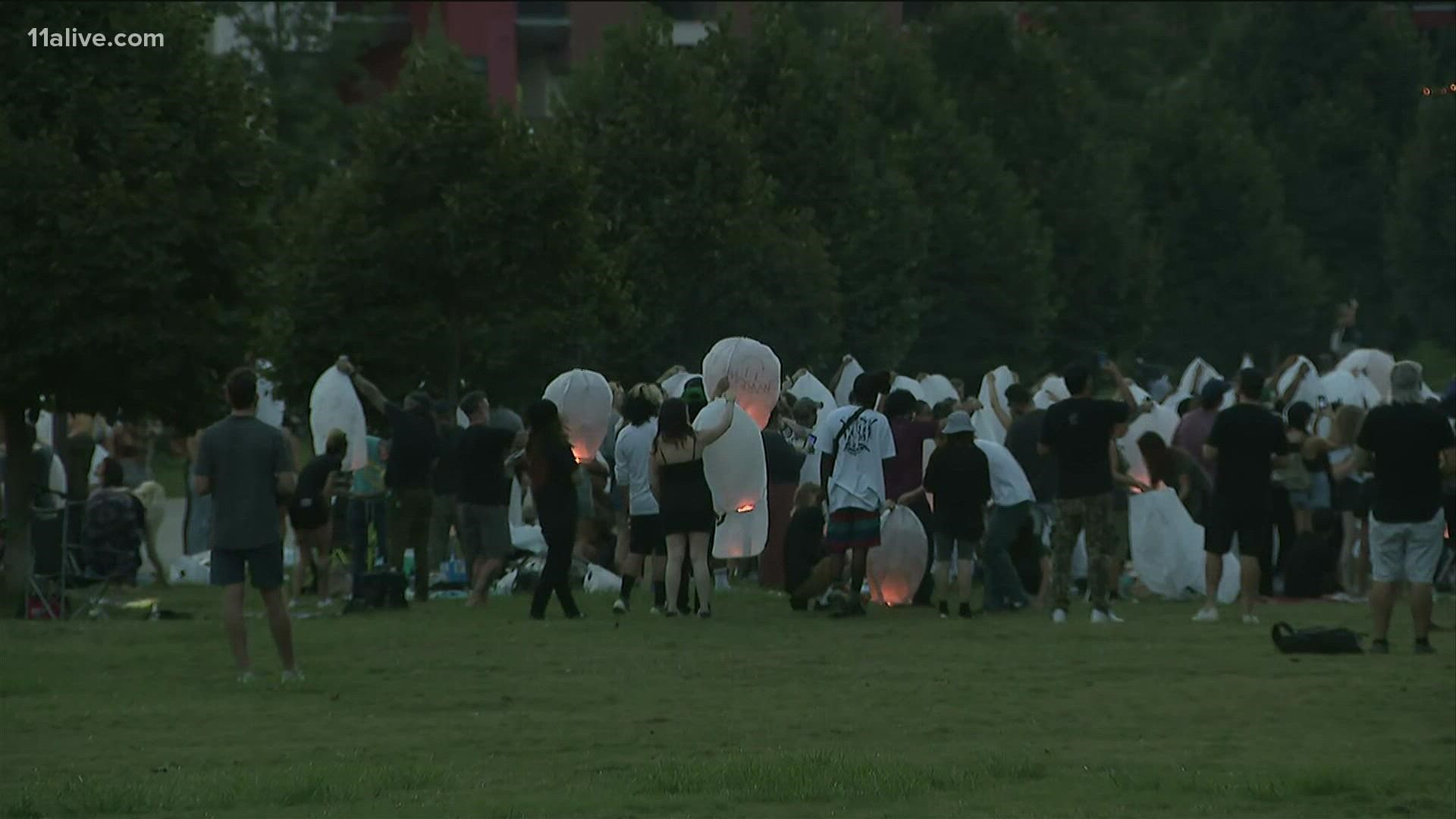 ATLANTA — Lanterns filled the sky to honor the life of an Atlanta woman who was kidnapped and killed last Friday.

Mariam Abdulram, 27, was kidnapped and murdered after she finished her bartending shift at Revery in Midtown. The man accused with the crime waived his right for a first court appearance just hours before a vigil was held for Abdulram.

The Atlanta community, friends, and family of Abdulram gathered for her vigil in Old Fourth Ward Wednesday night, just five days after her untimely death.

Even those who didn't know her directly said they wanted to come out to honor her memory.

"Seeing how everyone came out in support of her and how everyone was actually really emotional, whether or not you knew her," Sarah said. "It's important to show that we don't stand for violence against women, especially since so many things have been happening in Atlanta lately."

Sarah also said it's important to honor those who have fallen to violence.

"It shouldn't keep happening," she said.

Abdulram's murder comes less than three weeks after Katie Janness and her dog were stabbed to death in Piedmont Park.

Some are questioning if enough is being done to address crime around the city.

"Be a part of your community, care about what's going on around you," Franky Fernandez said. "Look these things in the face. At the end of the day, policies help but people are the ones that make changes."