Three people, including a 19-month-old baby, were hurt when a Ford Explorer rolled over on Delk Road early Friday afternoon. 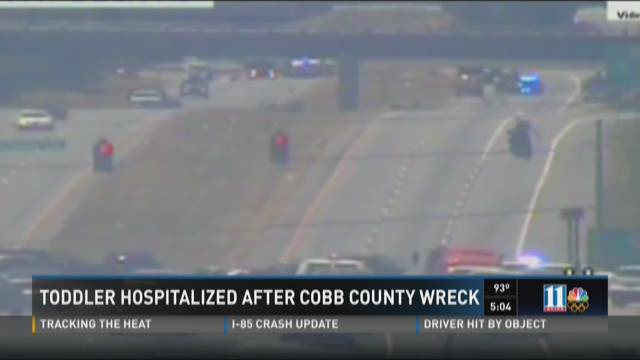 MARIETTA, GA – A 22-year-old woman was killed and two other people, including a 19-month-old baby, were injured in a single-vehicle crash Friday in Cobb County.

It happened at about 12:45 p.m. on Delk Road just east of Cobb Parkway, Cobb Police said.

Cobb Police Sgt. Dana Pierce said that for unknown reasons, the driver of a Ford Explorer lost control, entered the median, rolling the truck. The driver was ejected, and the Explorer came to a rest in the opposing lane of traffic.

The driver, 22-year-old Ashleigh Smith, of Marietta, Ga., was transported to Wellstar Kennestone Hospital, where she was later pronounced dead.

Her 19-month-old child – who was properly restrained in a child safety seat – was taken to Children’s Healthcare of Atlanta Scottish Rite to be treated for non-life-threatening injuries.

A passenger, a 25-year-old man, was taken to Wellstar Kennestone Hospital with non-life-threatening injuries.

Anyone who may have witnessed the crash is asked to call investigators at 770-499-3987.