Boy in physical therapy, recovering after being ejected from car in crash; 1 facing DUI charge

Marietta police said the car the boy was in rolled, “causing the 11-year-old boy to be ejected out the rear windshield of the vehicle.” 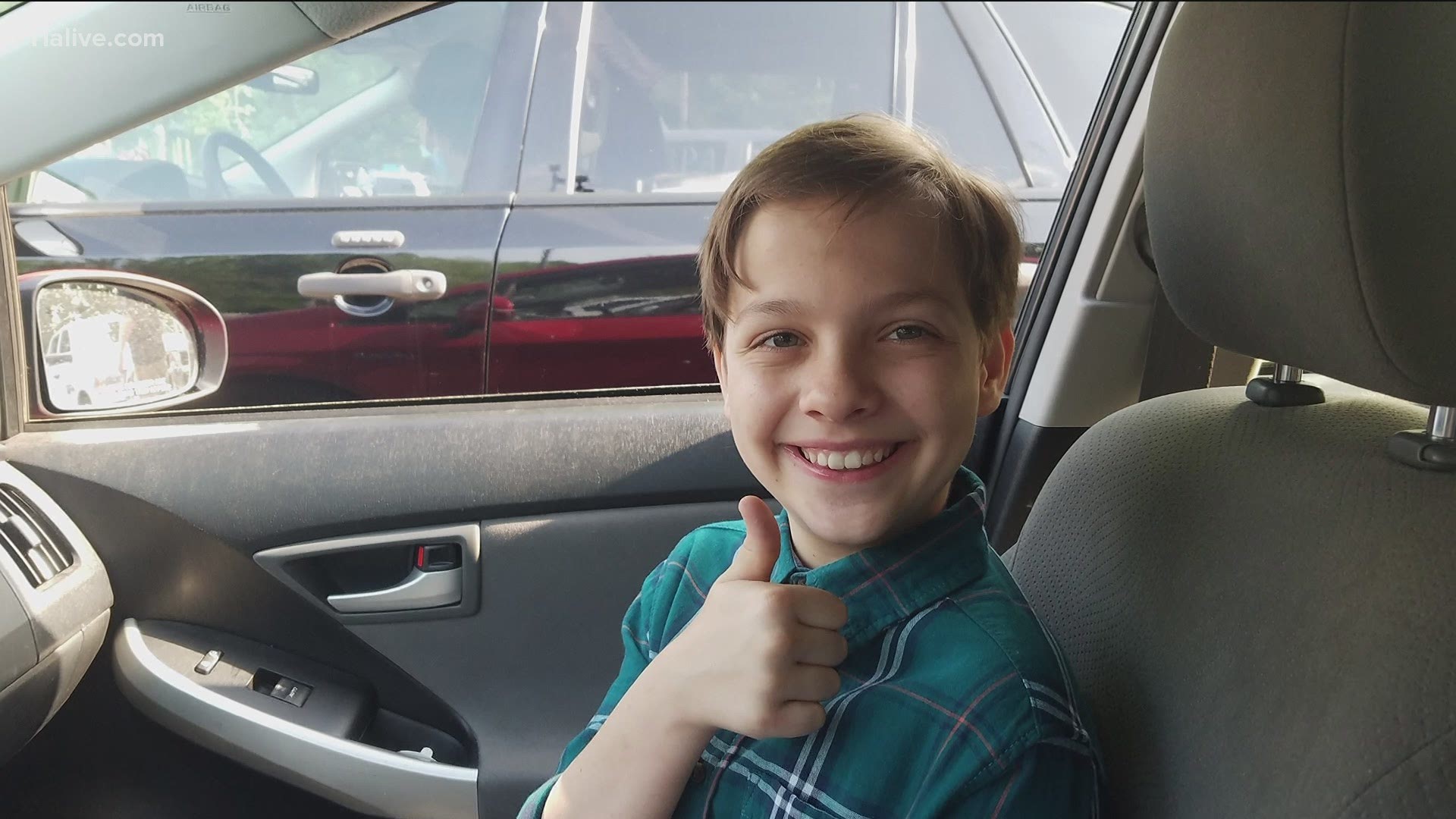 ATLANTA — Bill Murphey and his son WillJ are thankful to spend Christmas at home together this year.

Just 10 days ago, they weren’t sure if this would happen, as the 11-year-old was lying in a hospital bed at Children’s Healthcare of Atlanta after a car crash on I-75.

“I walked into the trauma room and he was lying on the table. He had on the neck brace, covered in blood and scratches and just lying very still,” said Bill.

Bill said WillJ was in the car with a friend’s family when another car crashed in the back of them. WillJ was not wearing a seatbelt.

Marietta Police said the car WillJ was in rolled, “causing the 11-year-old boy to be ejected out the rear windshield of the vehicle.”

Bill said his son crawled to the median to wait for EMTs to arrive and those first-responders are who called him to go to the hospital.

“I was worried. I was calling family members on the way not knowing what to expect. The EMT told me that he was pretty much OK,” said Bill.

WillJ will recover eventually, but he fractured two of his vertebrae and still has soreness on the left side of his body. Now he’s in physical therapy.

Police said the driver of the car that hit them, Lamar McFarland, had more serious injuries and is also facing several charges, including DUI, serious injury with a motor vehicle and speeding.

This year, Bill said he’s just thankful WillJ is on a path to recovering.

“I was ready to leave the hospital and ready to get better,” said WillJ.

The father and son want everyone to be safe this holiday.

“Don’t drink and wear your seatbelt. Those two things can probably save a lot of lives,” said Bill.

The doctors at the hospital also spent hours removing glass from WillJ’s body. The other passengers in the car with him sustained some minor injuries.