A neighborhood right next to the new Braves stadium is set to be bulldozed, neighbors kicked out of their homes through eminent domain.

A neighborhood right next to the new Braves stadium is set to be bulldozed, neighbors kicked out of their homes through eminent domain.

People living on Turnberry Lane say they were shocked to learn of Cobb County’s plans.

The county told them this week that they plan to demolish 16 homes with another 15 likely to follow, and there’s nothing they can do about it.

“It’s extremely frustrating. This is my home, it's my wife's home, this is where we've put a Christmas tree up every year since we've been a family,” said homeowner Sean Breslin.

Breslin says he was blindsided by the county's plan to tear his home down.

“There's a lot more shock and frustration from this neighborhood than I think people understand,” he said.

He bought the townhouse in 2013, but says many of his neighbors have lived there for 20-plus years.

“So what are we going to do? Unless the county has a huge change of heart, we've realized that we are going to lose our home, so we have to figure out what's next,” he said.

“There's no way they can build this four-lane road without tearing them down,” Breslin said.

Cobb County officials sent out a statement saying they have had a project in that area under consideration for 20 years. Now, with SunTrust Park moving in, they say it's more important than ever.

But people who live in the neighborhood don't think this is the way to do it.

“We don't think this road is necessary for this area, we don't think it's going to alleviate a lot of the congestion that's already here. And there's a lot of homes they're taking out to make this project a reality.”

Breslin says he doesn't blame the Braves and he's still excited for the stadium -- he just wants the county to figure out a better way to make it happen.

“This is a very shocking moment for us, and we don't want to see our homes bulldozed,” he said.

Breslin's homeowners association says they're hiring a lawyer to try and fight it, and advised everyone who lives there to hire lawyers as well.

The county say they will be offered fair market value for the property, but likely not the value of a home you could walk to the new stadium from once it's up and running. 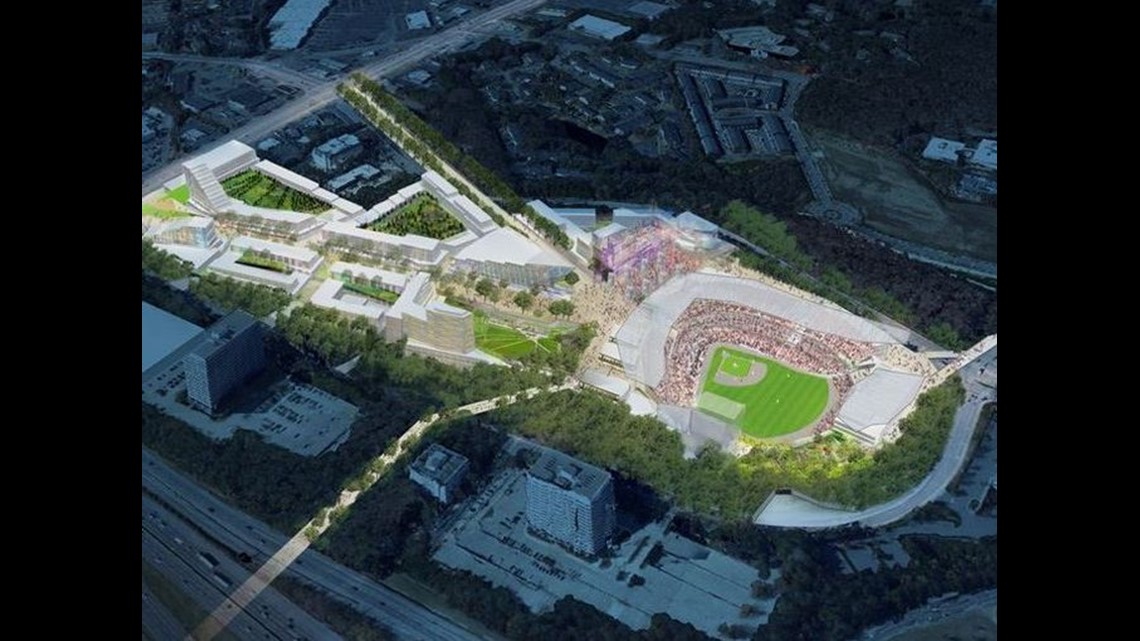