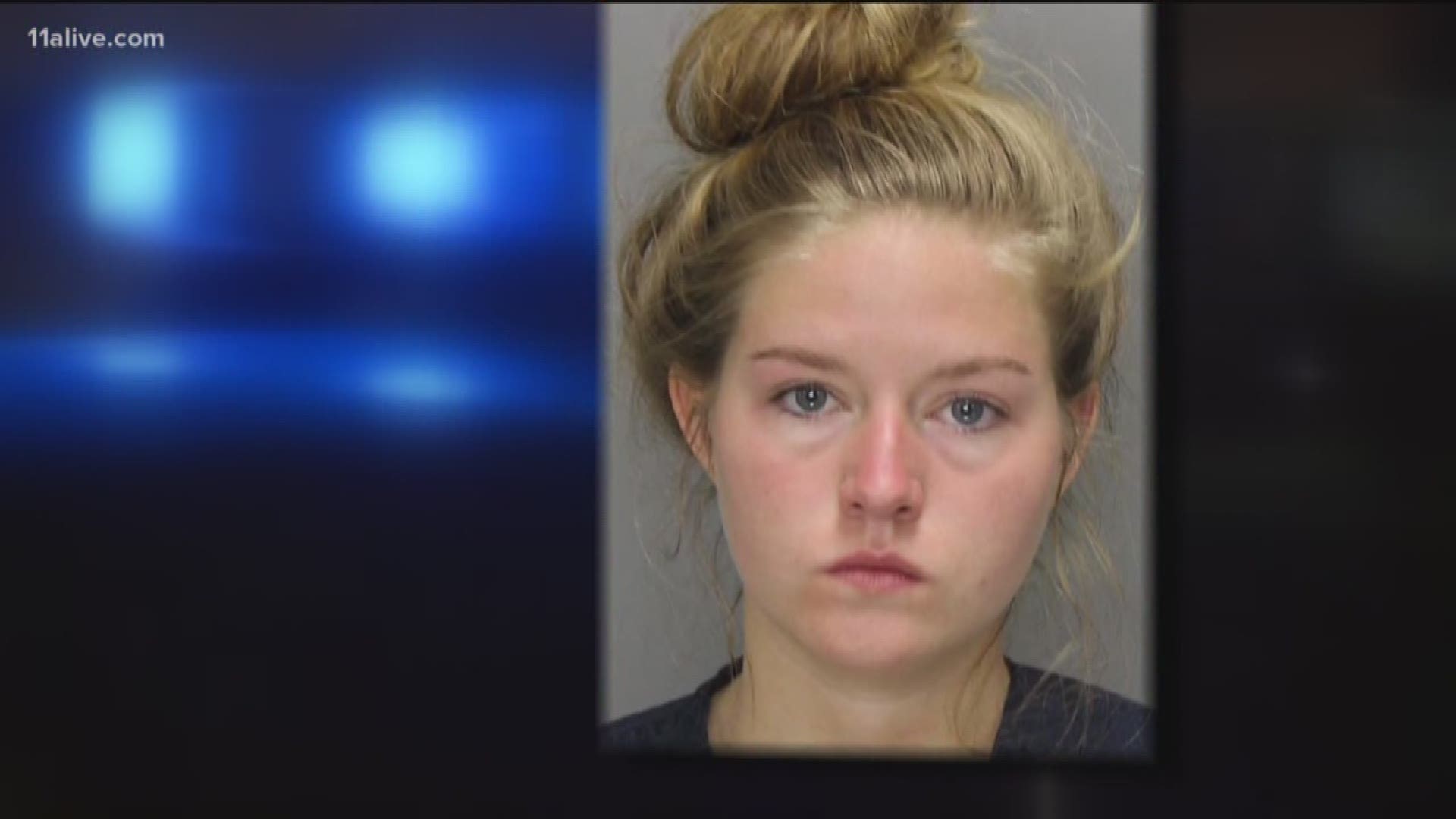 MARIETTA, Ga. -- For newly licensed teens, driving can mean independence and excitement. But with the newfound freedom, comes immense responsibility and potential risk.

Seventeen-year-old Abigail Cook of Marietta, Georgia was arrested on July 5 after an alleged night of underage drinking with friends went too far. According to police reports and warrants obtained by 11Alive, the teen was driving north on Johnson Ferry Road toward Sewell Mill Road with two intoxicated passengers in tow when tragedy struck.

While the car was in motion, 18-year-old Alyssa Prindle, who was riding in the left rear seat, rolled down the window and hung out of it, yelling and screaming. She then allegedly fell out of the window and struck the pavement. Cook was arrested at the scene and taken to the Cobb County Adult Detention Center.

Prindle suffered a fractured skull, fractured spine, and was rendered unconscious according to authorities. She was later taken to WellStar Kennestone Hospital where she was admitted to the Intensive Care Unit.

A GoFundMe page has been set up to help with Prindle’s medical costs and rehabilitation. An update on the page reports that Prindle is currently stable, but remains in critical condition.

Cook has been charged with underage driving under the influence, reckless driving, serious injury by vehicle (felony), underage possession of alcohol, possession of false identification, and violation of class D drivers license hour restrictions, according to police reports.

The incident is under further investigation by the Cobb County Police Department.