'Mass panic' at Marietta go-kart park after gunfire outside

Police said an armed person ran inside exacerbating the scare brought by gunfire in the parking lot. 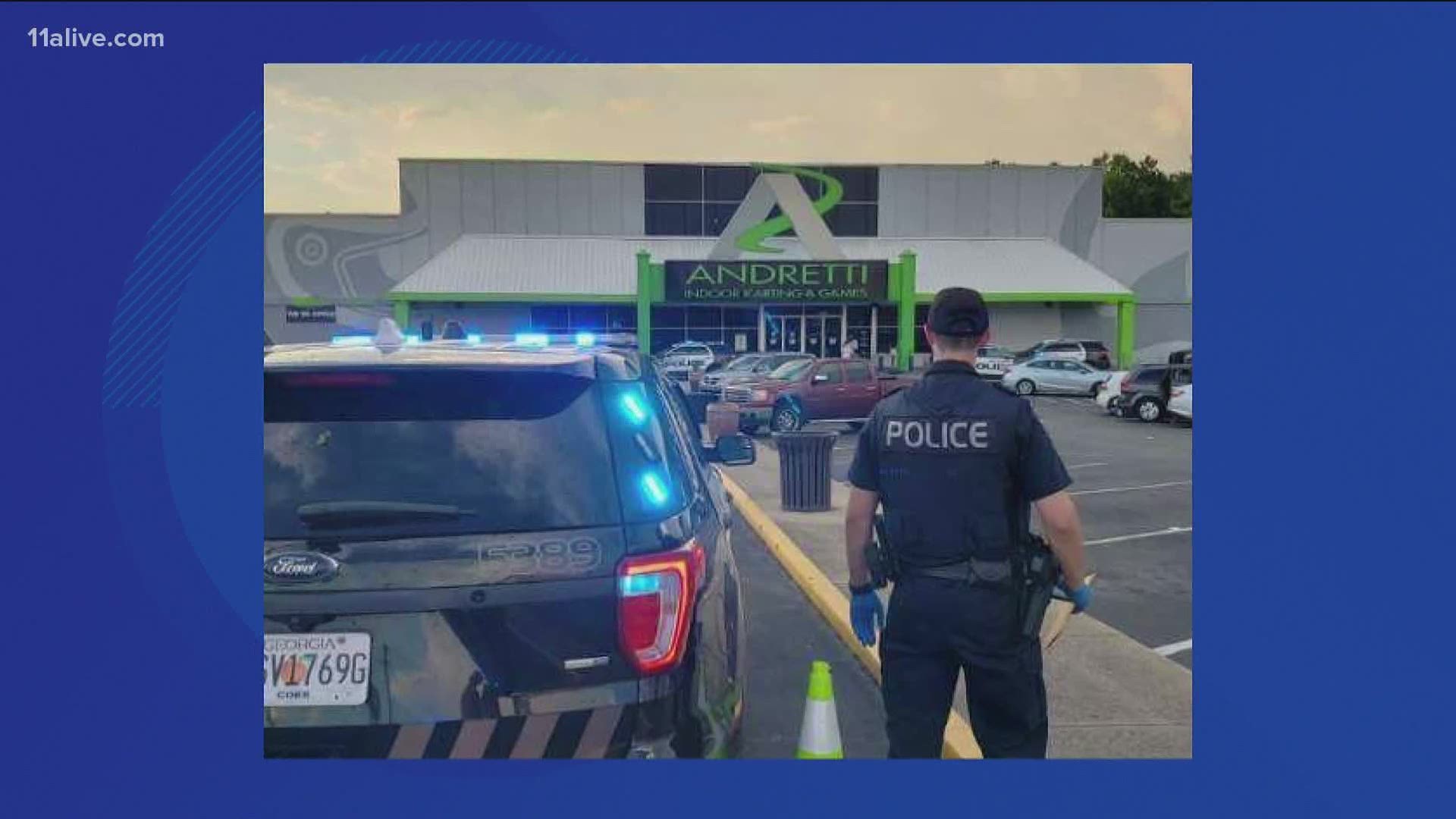 MARIETTA, Ga. — Police are investigating after gunfire erupted outside a popular entertainment venue in Marietta on Sunday evening.

Marietta Police said that they and several other agencies were called to Andretti Indoor Karting & Games at 1255 Roswell Road to reports of an incident in the parking lot - and someone armed in the actual business.

While the department refers to the situation as a "shooting incident," they also said there were no injuries. At this point, police said they believe there was an altercation in the parking lot of the business that erupted into gunfire when someone in one group fired at least twice at the other.

Someone in the outside altercation then allegedly ran into the go-kart facility with a gun in-hand causing what police described as "mass panic" inside.

Police are still investigating the incident and going over surveillance video to identify the shooter. They are also interviewing the other group that was shot at for more information.

In the meantime, the business had closed for the night. This is a developing story. Check back for updates as they become available.