'The need for this drug is high': Group raises money to help police departments purchase Narcan

Over 400 officers across six police departments will be now carry Narcan – a lifesaving drug used to reverse a drug overdose. 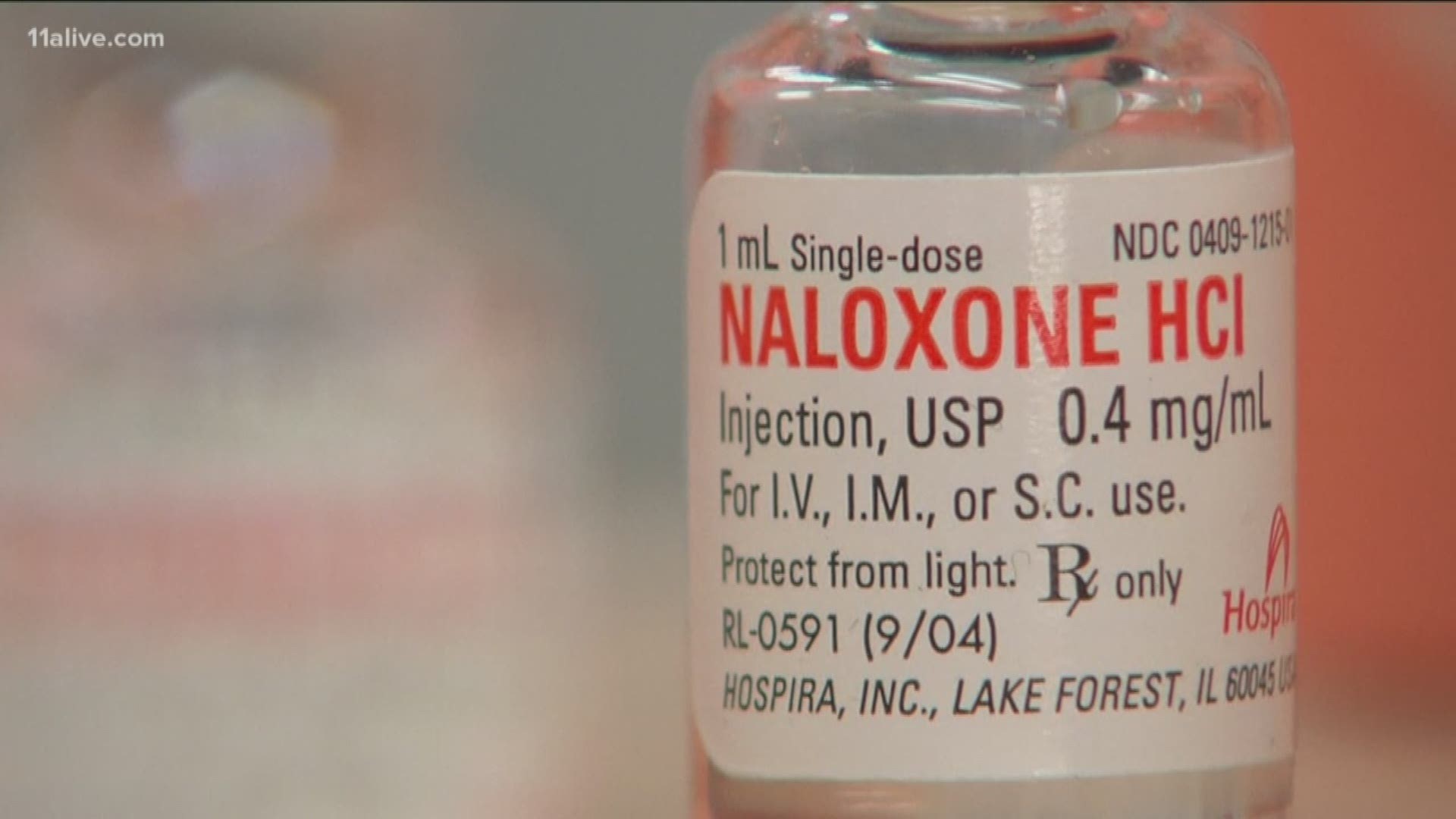 SMYRNA, Ga. – Hundreds of police officers across Cobb County will have a new tool to help save lives of people experiencing a drug overdose, thanks to the work of a local group that raised over $30,000 in community donations.

On Thursday, the Smyrna Police Department received a check for $6,111 to purchase Narcan for every officer and train them in how to use it.

Yvette Williams, a realtor in Acworth, handed over the check on behalf of Cobb Realty4Rehab, a group dedicated to raising funds on behalf of the Cobb County Foundation to help curb the opioid epidemic. The group’s first goal is to help outfit all Cobb County law enforcement with Narcan.

Williams’ mission is a personal one. Her 21-year-old son Andrew died of an overdose in 2016, from a mix of cocaine and heroin. His parents found him in his bedroom. Andrew was a student at Georgia Highlands College and was close to completing his two-year degree. He also worked two jobs to stay on top of expenses.

“It was a shock, and a surprise. We had no idea,” Williams said. “He was a great kid. We have lost so many people in our community. So many are gone.”

According to Cobb Realty4Rehab, Hodges had a prescription for Xanex but ran out and turned to a drug dealer he trusted.

“We really need to share with younger kids that one pill can kill,” Williams said. “They just can’t experiment. They can’t even try it one time.”

Williams was inspired to join the group because it not only rallies people together to combat addiction, but provides support for realtors in the “Heroin Triangle,” an area north of Atlanta between Interstates 75 and 85 encompassing Fulton, DeKalb, Cobb and Gwinnett counties, where the number of heroin-related deaths have skyrocketed in the last several years.

RELATED | The Triangle is growing: The full investigation

Williams said she gave her first donation to the group out of her own pocket.

“I wanted to find a way to help and didn’t know what to do,” Williams said. “God spoke to me and said, ‘let’s buy some Narcan.”

With the help of the community, Realty4Rehab raised over $30,000 during a golf fundraiser in September with the goal of supplying all Cobb County law enforcement with Narcan.

“The need for this drug is high. It helps give people another chance. It saves our officers and K-9 officers who go into these situations where they can be exposed to dangerous drugs as well,” Williams said. “It’s a win-win for everyone.”

Get involved with Realty4Rehab online and give to the cause through the donation website.