MARTA driver by day, artist by night: Micheal Wall is spotlighted across the city 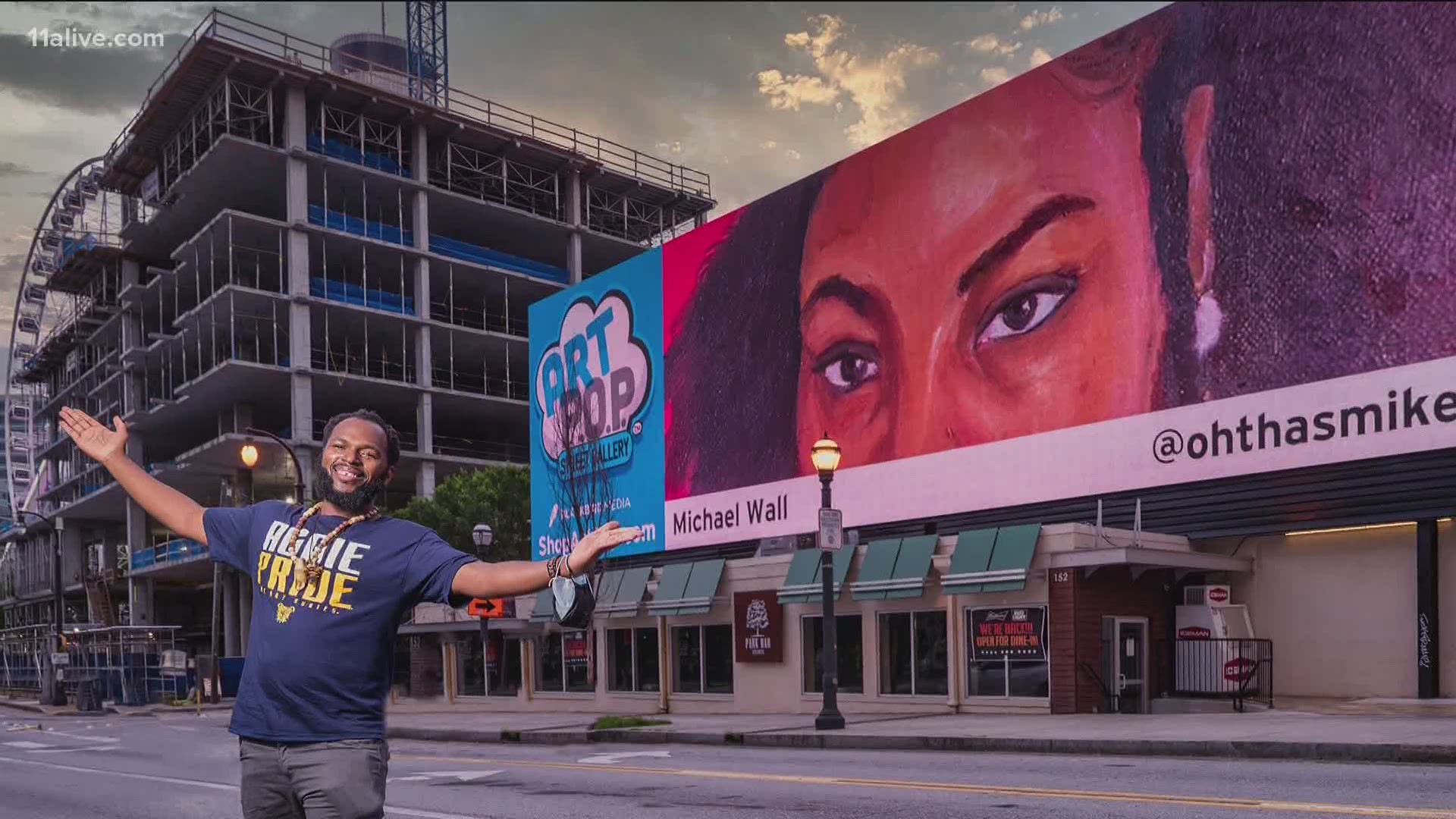 ATLANTA — Micheal Wall's workday begins at 11 a.m. and usually goes until midnight. He starts off his day driving the streets of Atlanta and finishes it standing in front of a canvas.

The MARTA employee said that most of his co-workers and patrons don't know about his second job. But soon they will because of a 100-foot billboard in Fulton County.

The Atlanta bus driver was selected by ArtPop to have his artwork featured on various billboards throughout the city including a 100-foot vinyl billboard off I-20 and Pryor.

Wall said he has been an artist since he was young and one of his first memories was painting with his mother.

"She helped me foster a passion for art when I was young and helped me hold onto it as I got older," Wall said.

Originally from Greensboro, North Carolina, Wall moved to Atlanta in 2014 to immerse himself in the city's art scene and build his career as an artist. He studied visual arts and design with a concentration in fine arts at North Carolina Agricultural and Technical State University.

The bus driver said he enjoys all mediums of art, although, his favorite is oil paint. He has done sketches, illustrations, and paintings and has a background in portraits.

And just like his own story, the piece of artwork that is featured on the ArtPop billboards has another story behind it.

“It’s actually a picture of my wife," he said. "I did it for our anniversary which was on June 11 and surprised her with on the billboard."

Wall began working on the piece when the couple first got married two years ago. He surprised his wife by unveiling the portrait on the 100-foot vinyl sign.

“I’m able to not only show this gift to her but show it to the greater Atlanta area," Wall said.

And the aspiring artist has a message for those pursuing their passion.

“If you feel something in your heart or in your soul or in your spirit or however you want to categorize it or quantify it – go for it," Wall said. "You’re going to make yourself feel a lot better, in the end, doing something that you wanted to do rather than what someone else made you do."

Wall has worked for MARTA for three years. He will celebrate his work anniversary in January.

He said he hopes to do art full time one day. But, until then, you can catch him bus route two on the weekends and route 15 on the weekdays.