An Atlanta Fire official said all of the fatalities were in the car that hit a MARTA bus head-on. 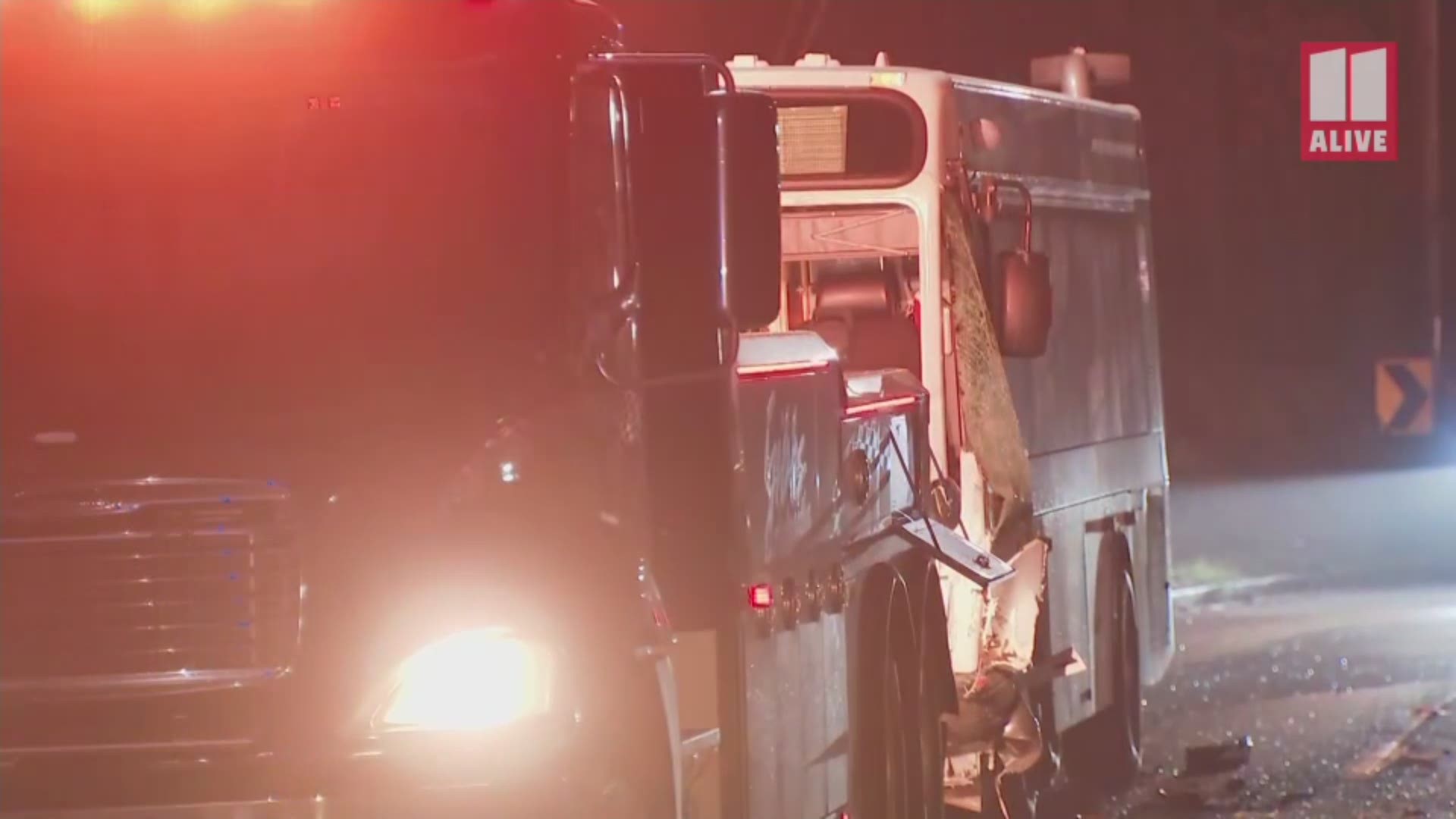 ATLANTA — At least five people were reportedly killed in a three-vehicle crash that involved a MARTA bus on Atlanta's west side late Wednesday night, according to officials.

According to Atlanta Fire Battalion Chief Jason Wozniak, three vehicles were involved in the crash. He said that five people were killed and two others critically hurt in a car that crashed head-on into a bus.

MARTA spokesperson Stephany Fisher said the wreck happened at 10:40 p.m. She said that the car had crossed the center line while driving on Bolton Road near Donald Lee Hollowell Parkway.

Wozniak said that the bus driver received minor injuries in the crash and was transported to the hospital for treatment of his injuries. He said there were three passengers on the bus, but that none of them were hurt.

According to Wozniak, there were no injuries in the third vehicle involved in the wreck.

He said that it was not raining at the time of the crash, but that the pavement was wet.

The traffic investigation remains underway to determine the exact cause behind the crash.