When a MARTA bus got a front row seat to the Georgia Dome implosion: 2-years later

Two-years ago, the bus pulled right into live broadcasts as the building came tumbling down 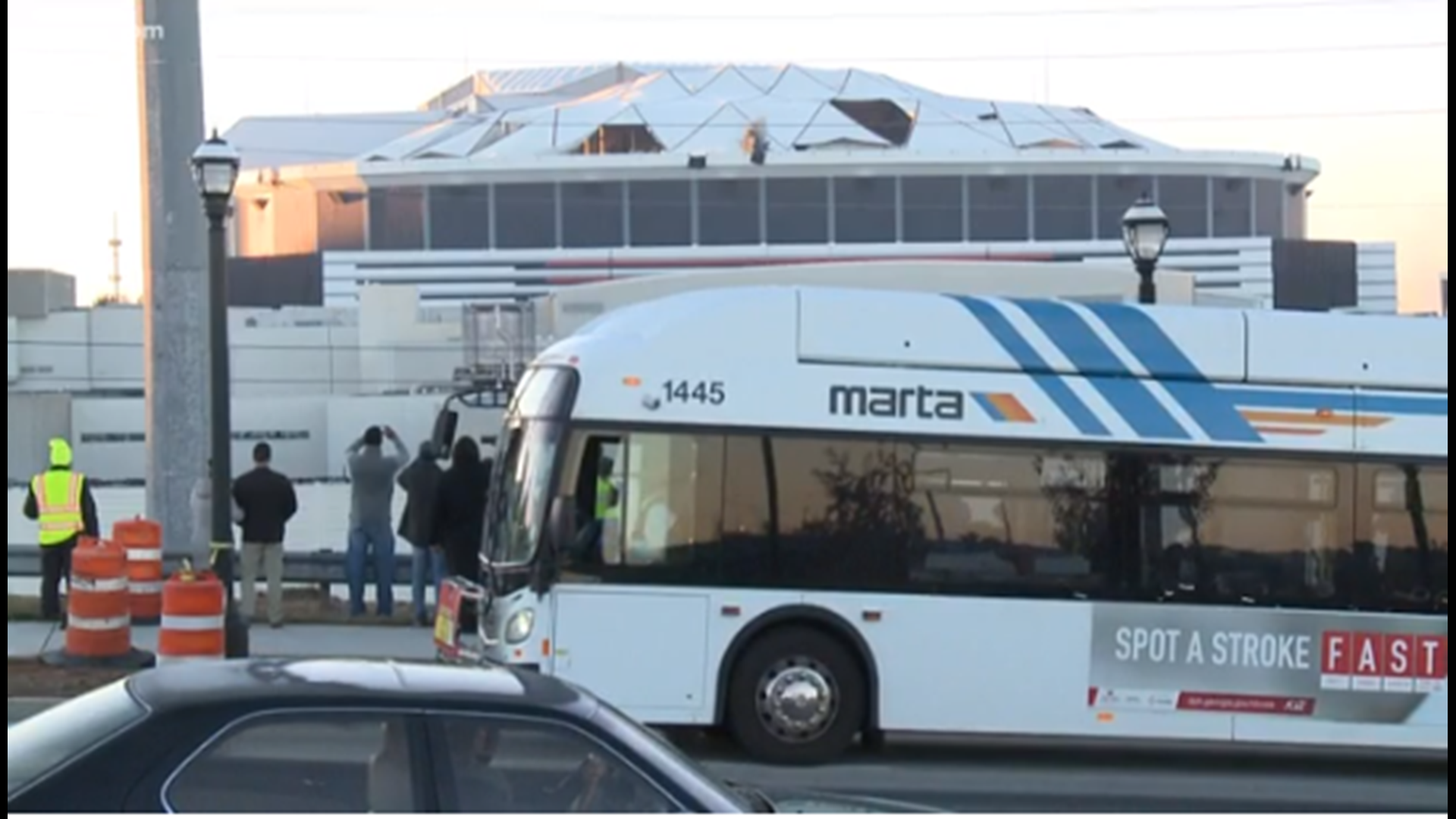 ATLANTA — It was the end of an era for one of Atlanta's most iconic structures. On Nov. 20, 2017, the Georgia Dome was imploded with more than two tons of explosives.

A structure that stood for decades came down in just 15 seconds. But not everything went as planned as Gate B and the east wall failed to fall. That came down with another demolition blast a month later.

But, the implosion also brought fame to an unnamed MARTA bus driver after she drove in front of the press area at the worst moment - or best one if you ask the internet.

The video from the Weather Channel quickly went viral showing the bus pulling in front of its camera blocking the implosion.

The driver and passengers got a great view of it. The same could not be said for that Weather Channel photographer - or the people watching the video.

11Alive wanted to find the driver to see how her life had changed since that moment. She did not want to go on-camera.

Take a look at the implosion... frame-by-frame.

And a look back at the many memories of the Dome:

All the answers to your Georgia Dome implosion questions

The Last One: Remembering the Georgia Dome