Firefighters were first called to the scene at Leisure World around 1:30 Saturday morning. 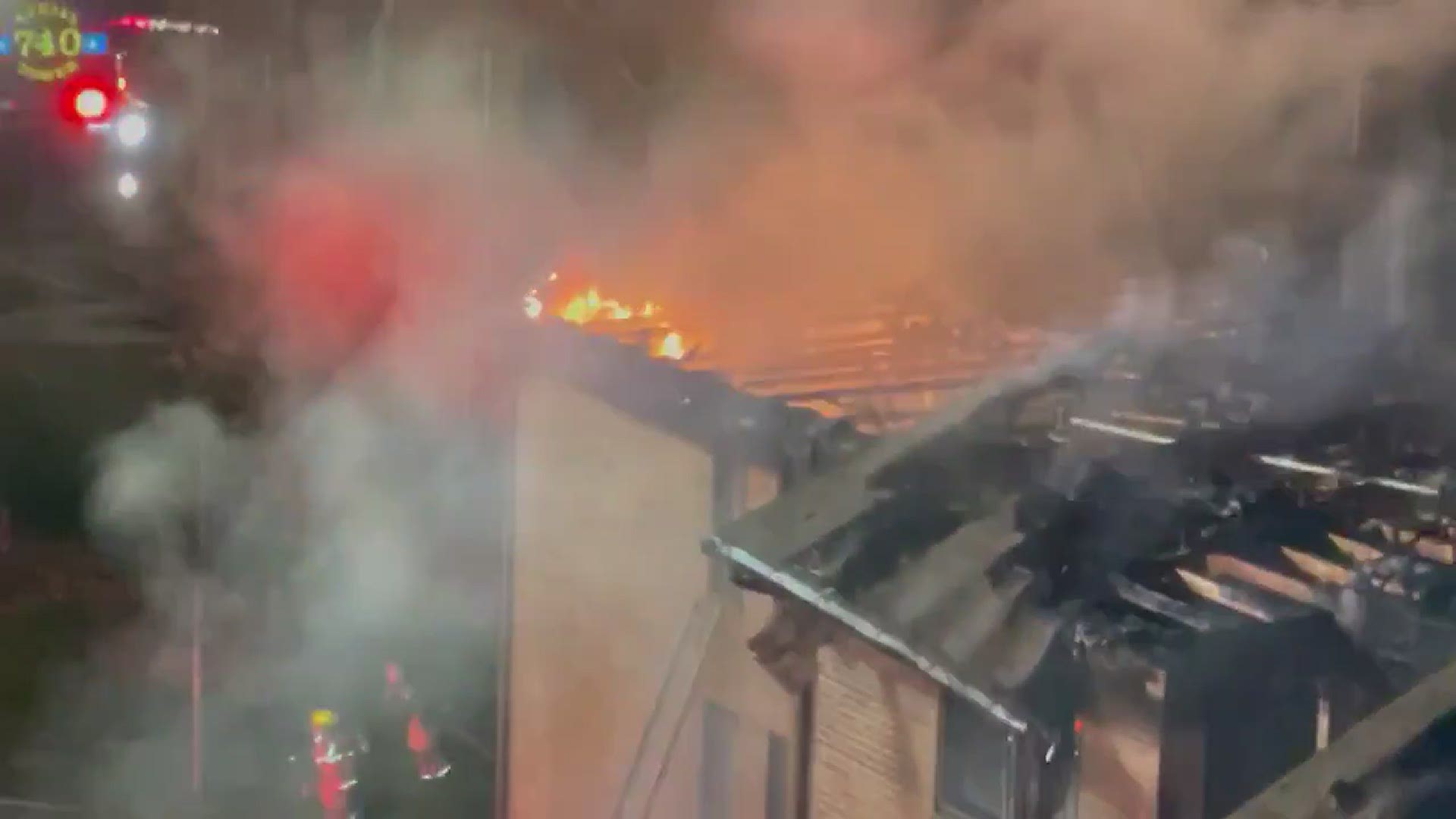 SILVER SPRING, Md. — At least one person is dead following a massive fire that broke out in an apartment building in a Silver Spring gated community with mainly retirees living there, Montgomery County firefighters said.

The fire was first reported around 1:30 a.m. Saturday, according to Pete Piringer with Montgomery County Fire and Rescue. When firefighters arrived at the Leisure World community located on Elkridge Way in Sliver Spring, they found fire coming from the roof. The blaze was upgraded to a three-alarm fire, and about 100 fire responded to the scene, according to firefighters.

Piringer said in a tweet Saturday that when firefighters arrived, the building was already being evacuated, but responding crews worked to help residents out of the building.

Leisure World is an age-restricted gated community with primarily seniors and elderly people living there. Piringer said initially no injuries were reported in the fire, but while working to account for all of the residents of the apartment building, firefighters discovered a woman dead in her apartment. Montgomery County Major Crimes detectives are conducting a death investigation, but do not suspect foul play. The woman has not yet been identified.

Crews worked for hours to bring the fire under control and extinguish hot spots throughout the building, Piringer said the fire was under control just after 4 a.m.

At least four units were initially impacted by the fire, according to Piringer and dozens of people are likely without a place to stay. The Red Cross was on scene helping those affected by the blaze.

Piringer said the fire caused significant damage to the apartment building, but there is no estimate yet for the cost of repairs.

This is a developing story. Stay with WUSA9 for the latest updates as they come in to our newsroom.