Dustin Rose said it was a dangerous situation, but a crowd of dozens couldn't stand by with swimmers caught in the rip current 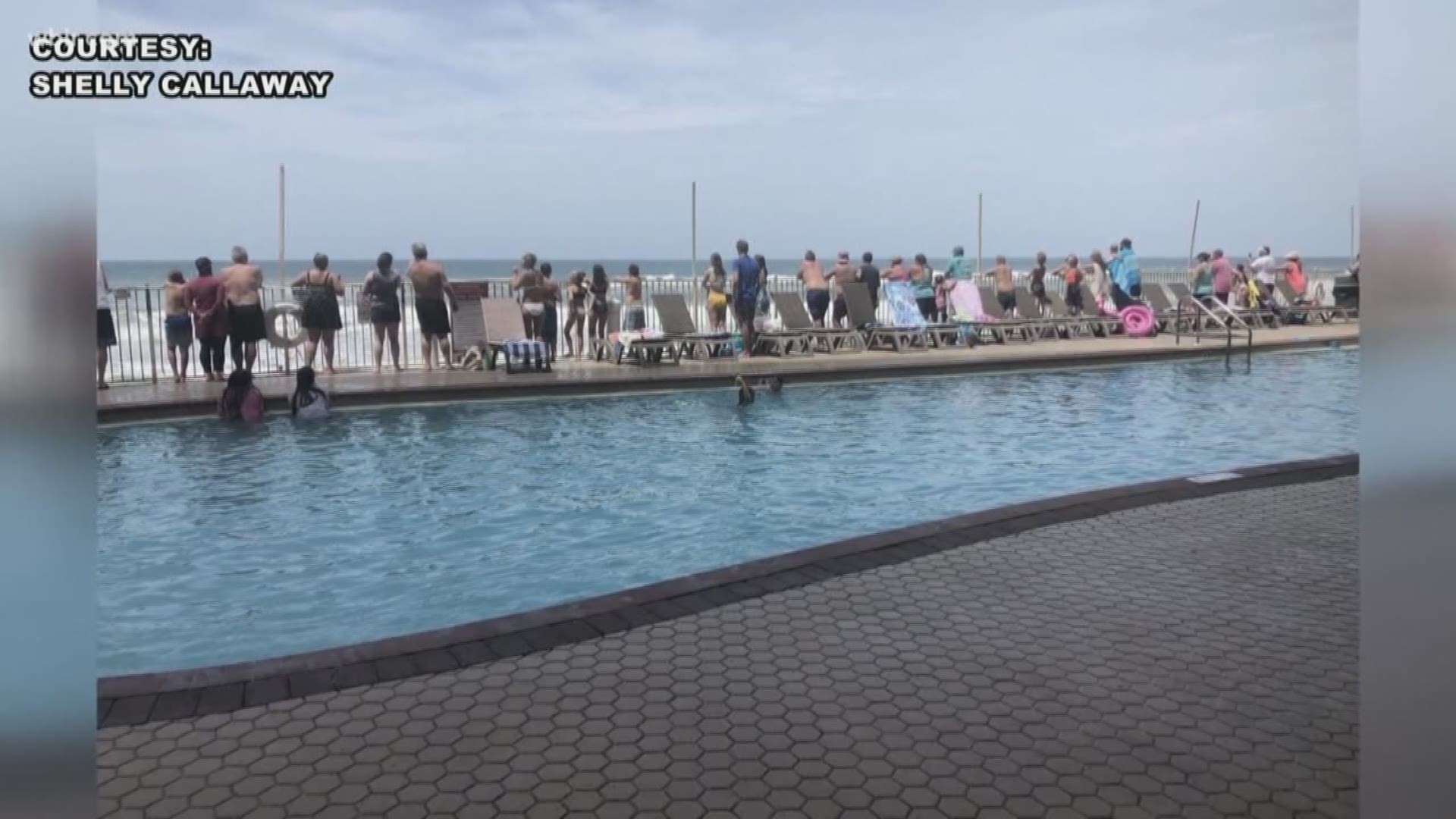 An East Tennessee man said no one knew each other, but they worked together quickly to save lives.

According to Panama City Beach Police, 90 people were pulled from the Gulf of Mexico between Friday and Monday.

"The guy out front would yell, 'Pull! Pull!' to pull us back in, and when that chain started pulling, that was a force that you had never felt either," Dustin Rose said.

Two forces collided Sunday in Panama City Beach -- the strong pull of the ocean's rip current, and dozens of hands, holding on tightly.

"Your main goal was to just hold on and let everyone else pull you in," Rose said.

The Maryville native and big Vol fan Dustin Rose was a part of a human chain that saved two swimmers caught in the current.

"You didn't think twice about it," Rose said. "Yeah, it was scary, and that's one of the scariest, craziest things I've been a part of. But you can't just sit there and watch someone fight without trying to help, you know?

Double red flags blew in the wind, which means it's illegal to enter the water.

But Rose said the crowd felt like it couldn't stand by.

"You see a lot of negativity on social media a lot," Rose said. "But when you get in real life and you experience something like that, it doesn't matter. None of that mattered. It didn't matter where you were from, what state you were from, it was people banding together to help other people they'd seen in distress. And that was really cool."

Bay County Sheriff's deputies said it is still illegal and dangerous to enter the water, even if you are saving someone.

Deputies said if you see a swimmer in distress, call 911, tell them where you are, and create a path for official rescuers.

Rose said afterward, everyone clapped and high-fived each other.

He said he even had the guy who was behind him in the chain come to thank him later for holding on tightly.