Man shot and killed by DeKalb Police remembered as industrious and exceptional, a generous family pillar

Williams' sisters all spoke, offering the picture of a precocious younger brother who grew into the man of the family 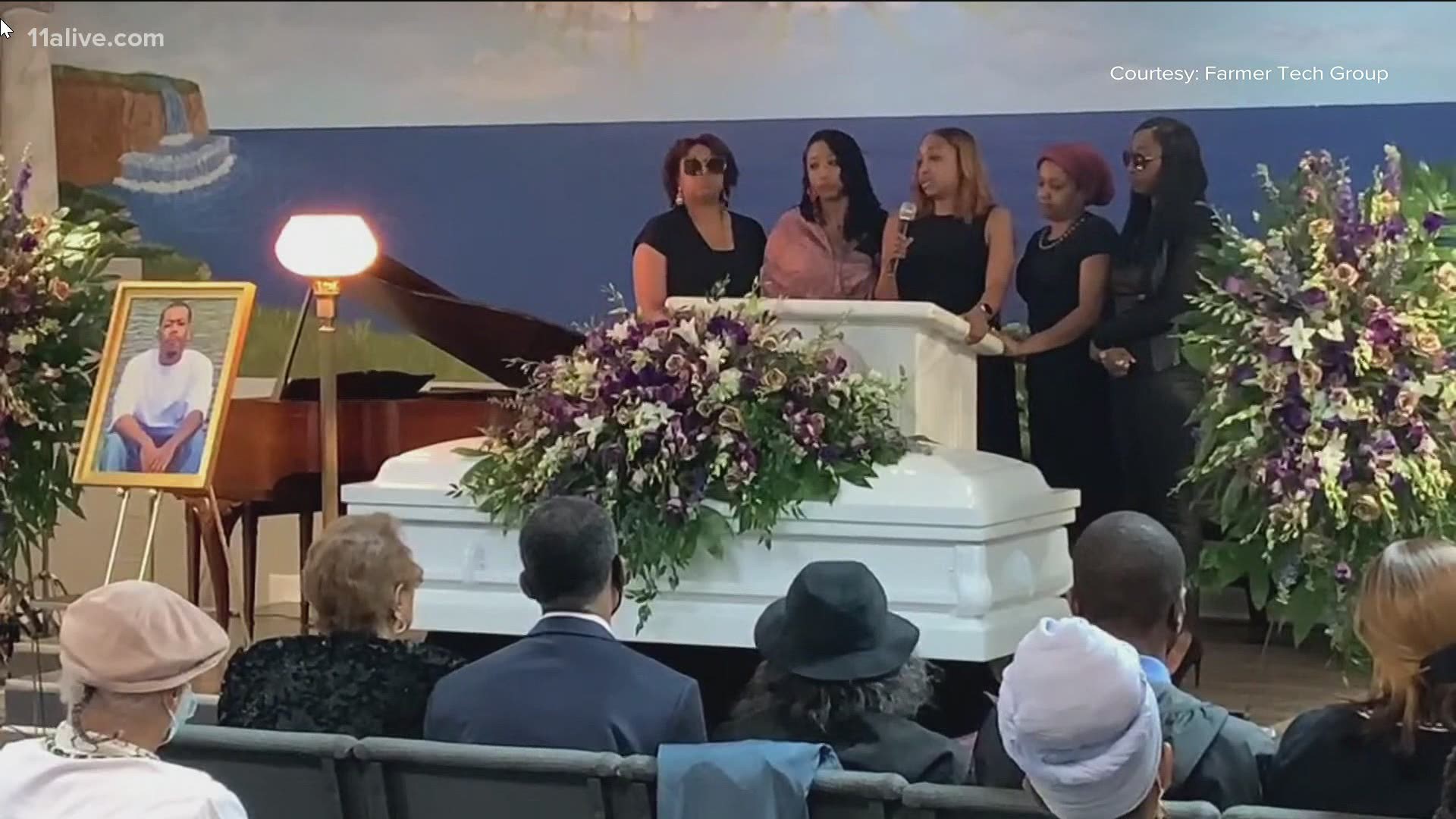 LITHONIA, Ga. — Matthew Zadok Williams, the 35-year-old man who was shot and killed by a DeKalb Police officer earlier this month at his home, was remembered Saturday as a self-made success who, despite being the youngest of six siblings, became a family pillar his mother and five sisters leaned on.

Williams' sisters all spoke, offering the picture of a precocious younger brother who grew into the man of the family

"I think about all the good times I had - 35 years of good days with my brother, not one bad," his sister Kaya Williams said. "I'm going to challenge myself and reflect on 35 years of great times with my brother, until April 12 when they took him from us. But they cant take the memory of his spirit from us. It lives on, they can never take that from us."

RELATED: Family wants full bodycam video after man killed in his own home by DeKalb Police

Another sister recalled a profound lesson he taught her at just 14 years old, when she was at a career crossroads, that she said embodied his generous spirit.

He told her, she said, describing her doubt about taking a new job, "Your blessing is always supposed to get bigger."

Two other sisters described his loss as a "new type of grief" and "a living nightmare."

In reading an obituary, his nieces and nephews described how from a young age he displayed a "natural inclination for technology," earning money as a 13-year-old by fixing peoples' computers in their neighborhood.

They described his "unforgettable wit, intelligence, immense vocabulary and loving heart" and said his success in investing allowed him to help his mother retire, pay for law school and medical school for two of his sisters, and buy multiple pieces of property that housed two of his sisters.

The pastor giving his eulogy spoke of the voids his "early dismissal," by God, as he put it, has left in his family, and said "we cannot understand why yet another young Black man has unnecessarily lost his life."

Williams died on April 12 after a lengthy encounter with DeKalb Police, who responded to his home after a neighbor wrongly reported him as a prowler.

Police bodycam video released to 11Alive showed Williams initially lunging at an officer with a knife, with a second officer firing at him and missing, before he ran back inside his home. His family believes he was experiencing a mental health crisis.

RELATED: Family: Why was mental health expert not called before man shot, killed in DeKalb?

The video then showed a group of officers speaking to him through a door of the home, asking him numerous times to drop the knife.

"I’m begging you. You’re a Black man. I’m a Black man. You don’t have to die today. I don’t want you to die today," Sgt. Perry with DeKalb PD, whose first name is not identified in the video, says at one point, with Williams saying, "I’m defending my property."

"Let me see (the knife) drop. I can get you an ambulance out here. We can talk about this," Perry tells Williams. "This is my property," he responds.

Police say Williams lunged at them again with the knife, before an officer fired three times. Two separate bodycam videos released to 11Alive do not appear to be from the officer who fired, and do not have an angle showing Williams at the moment shots were fired.

Mawuli Davis, an Atlanta civil rights attorney representing the family, has demanded the release of all officers' body cam footage. There were at least four outside the door when Williams was shot.

More than an hour later, Williams' body was recovered from the house.

So far, no officers have been fired or charged, with DeKalb Police Chief Mirtha Ramos saying that two investigations are underway.

At a vigil Friday night, the family reiterated their calls for justice, and his sisters at his funeral on Saturday vowed they would "grieve and fight for justice at the same time."