Mayor on conversation with Kennedy Maxie's mother: 'She said repeatedly her baby didn't deserve that'

The mayor and police chief held a news conference on Tuesday to provide an update in the case. 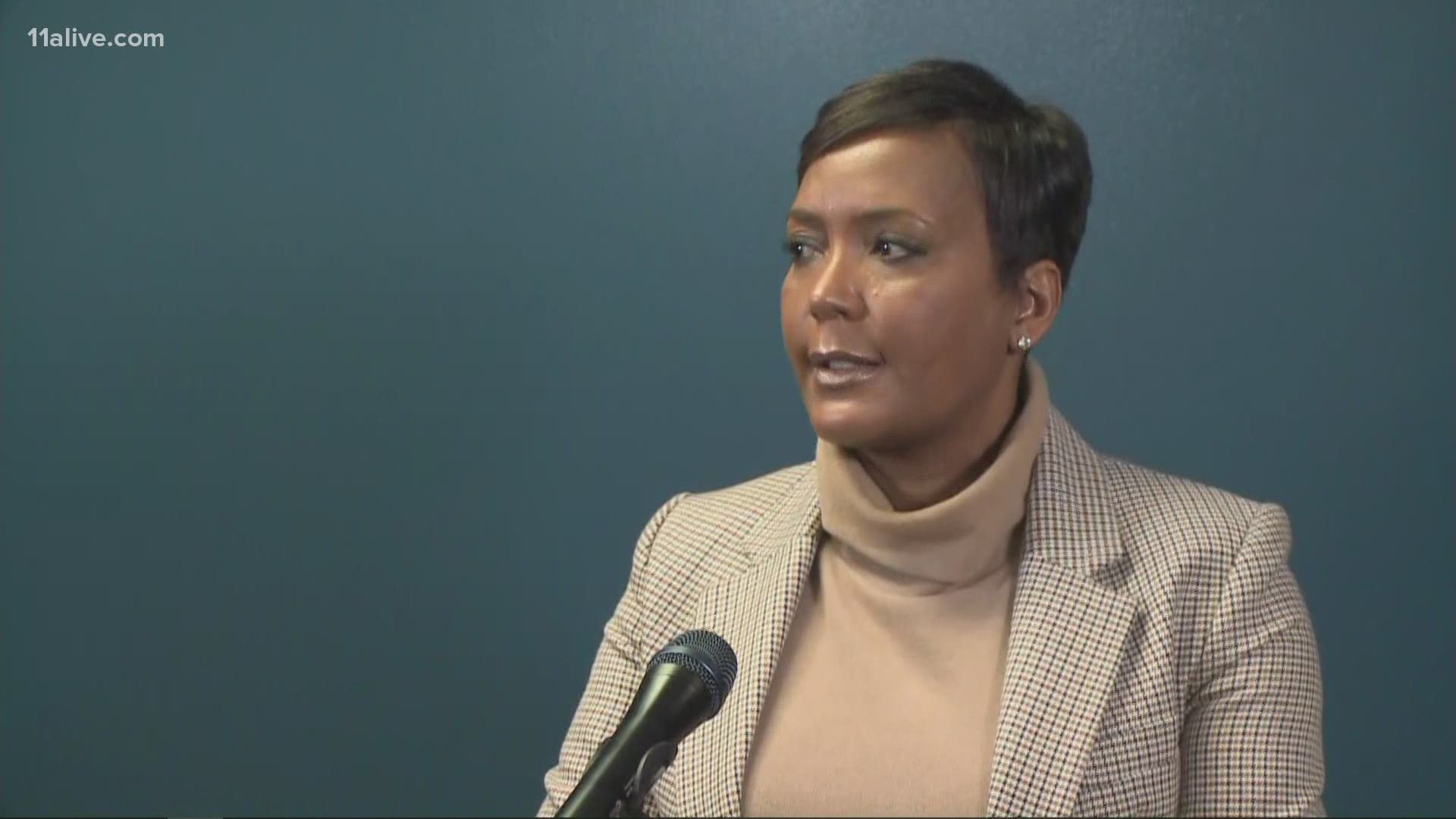 ATLANTA — Making impassioned remarks for the second time this year following the death of an Atlanta child in a random shooting, Mayor Keisha Lance Bottoms said Tuesday that when she spoke to the mother of 7-year-old Kennedy Maxie, she just repeatedly said, "her baby didn't deserve that."

"She couldn't stop crying," the mayor said, detailing a Christmas Eve conversation with the mother.

The young girl died two days later, on Saturday, having fought for her life after being shot by a stray bullet in the head while she rode in her aunt's car past Phipps Plaza.

Speaking Tuesday, the mayor evoked the anguish of the death of 8-year-old Secoriea Turner in the summer, when gunmen fired into the car her mother was driving into a parking lot near the site of the burned-out Wendy's where Rayshard Brooks was killed.

The pair of high-profile deaths of young girls in random acts that have been described as "senseless," have underscored the painful year in Atlanta, where violent crime has surged, as it has in other major cities during the pandemic.

Homicides in Atlanta are up 48 percent over last year, so far. Aggravated assaults are also up 14 percent.

"It's hard and it hurts and this is unacceptable," Mayor Bottoms said of the latest tragic death.

She said she spoke to Kennedy's grandmother the morning after her passing, and the grandmother told her they didn't even know of a funeral home to call.

"She said her family has been in Atlanta over 20 years they've never had to bury anyone," Bottoms said. The 7-year-old girl will be the first.

The mayor hit back at the notion that the rise in crime is attributable to city policy, or a lack of support for officers in the wake of racial justice protests this summer that often focused on policing inequities.

The Atlanta Police Department reported being down about 220 officers since the start of the year earlier this month, and a wave of departures has been reported at various times this year. But both the mayor and interim police chief, Rodney Bryant, said they felt the situation was improving this fall.

"If there's something that we're not doing, if there's something we have not enacted, if there is something we need to do better - my ego is small enough to ask you to tell me what we can and should do differently," Bottoms said. "Because I want us to do it differently, because I don't like standing here having this conversation with you all about this. I don't like it. I don't want to have to do it. I don't think anybody in this room wants to be here to talk about this.

The mayor's nephew was shot to death in Atlanta in 2014.

"We'll move mountains to make sure (Atlanta Police) have what they need," she vowed. "We are working to address the systemic issues that are leading us to this point. It's not going to be an easy fix, but if there is something that we can do differently, if you know what it is, let us know and I promise you if it will make a difference and it will stop us from having to be here again, we'll do it."