Mayor Keisha Lance Bottoms issued the temporary order on Thursday and said it is expected to be made permanent by the city council at its next meeting. 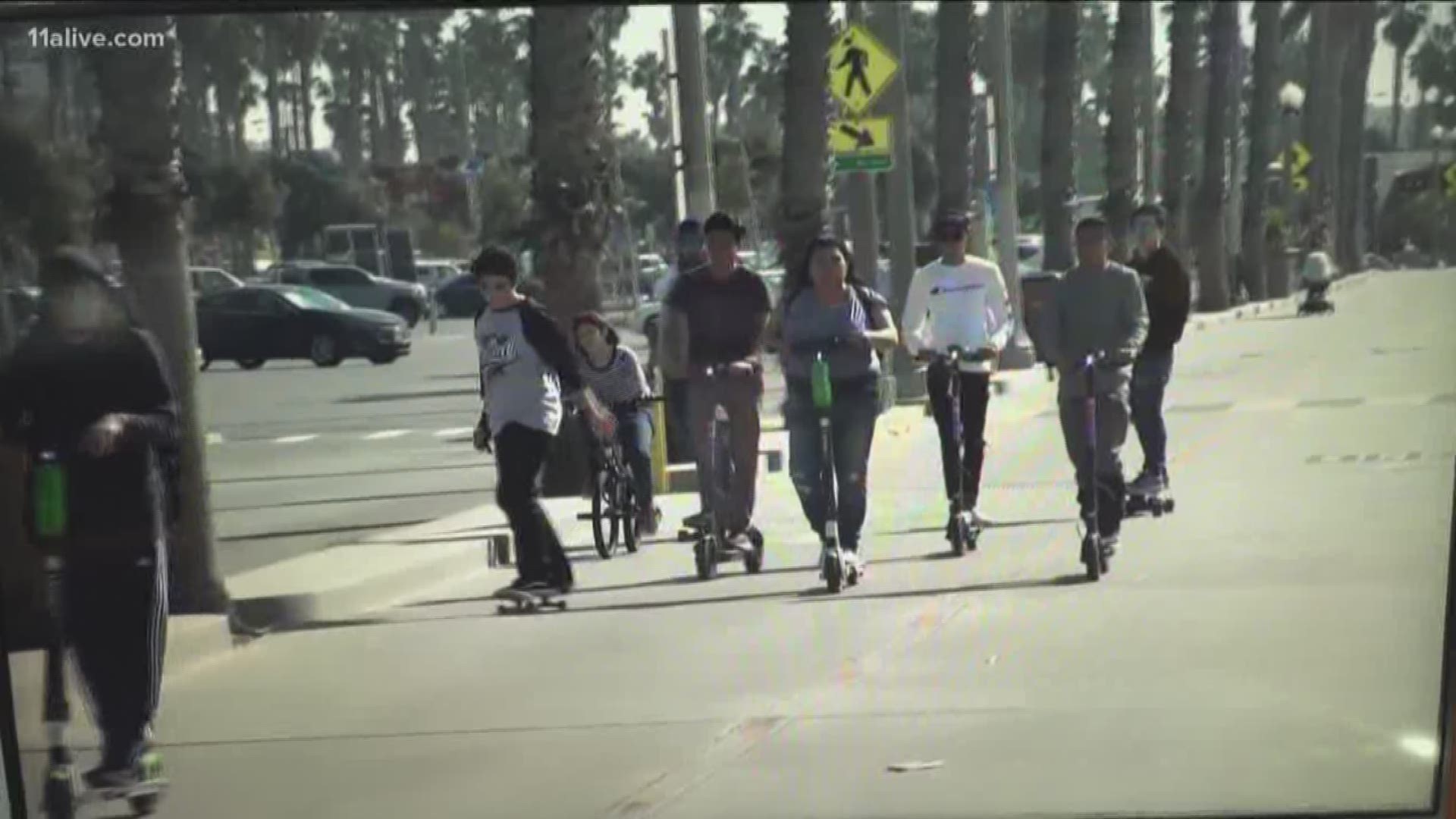 ATLANTA — There may be scooters everywhere, green Limes and yellow Bolts and black Birds, but there won’t be any new colors coming to Atlanta - and that could become permanent.

Mayor Keisha Lance Bottoms announced an executive order on Thursday that will put a temporary freeze on any new companies obtaining permits to place “shareable dockless mobility devices” – i.e. the scooters and mini bikes you can pick up and leave anywhere – around Atlanta.

“Across the nation, municipalities are dealing with the sudden and unforeseen impact these devices have had on our communities,” Bottoms said in a release. “While some municipalities have banned the devices altogether, the City of Atlanta acted in good faith to work with the private sector to explore innovative solutions to ease existing commuting strains.”

“However, as Atlanta has seen two scooter-related deaths, this complex issue requires a more thorough and robust dialogue,” Bottoms added.

According to the mayor’s order, city officials are directed to “refuse for review or consideration any applications requesting a shareable dockless mobility device permit.”

According to the mayor’s office, the freeze will be in effect until the next meeting of the Atlanta City Council on Aug. 5 when it is expected that the council will make it permanent.

The order will not affect companies already deploying the scooters in Atlanta.

The mayor’s release said the order will address “the compounded strains placed on the City’s public safety officials and first responders.”