Beshear said Kentucky would take the benefit if it does not create an 'unworkable situation' for the state. 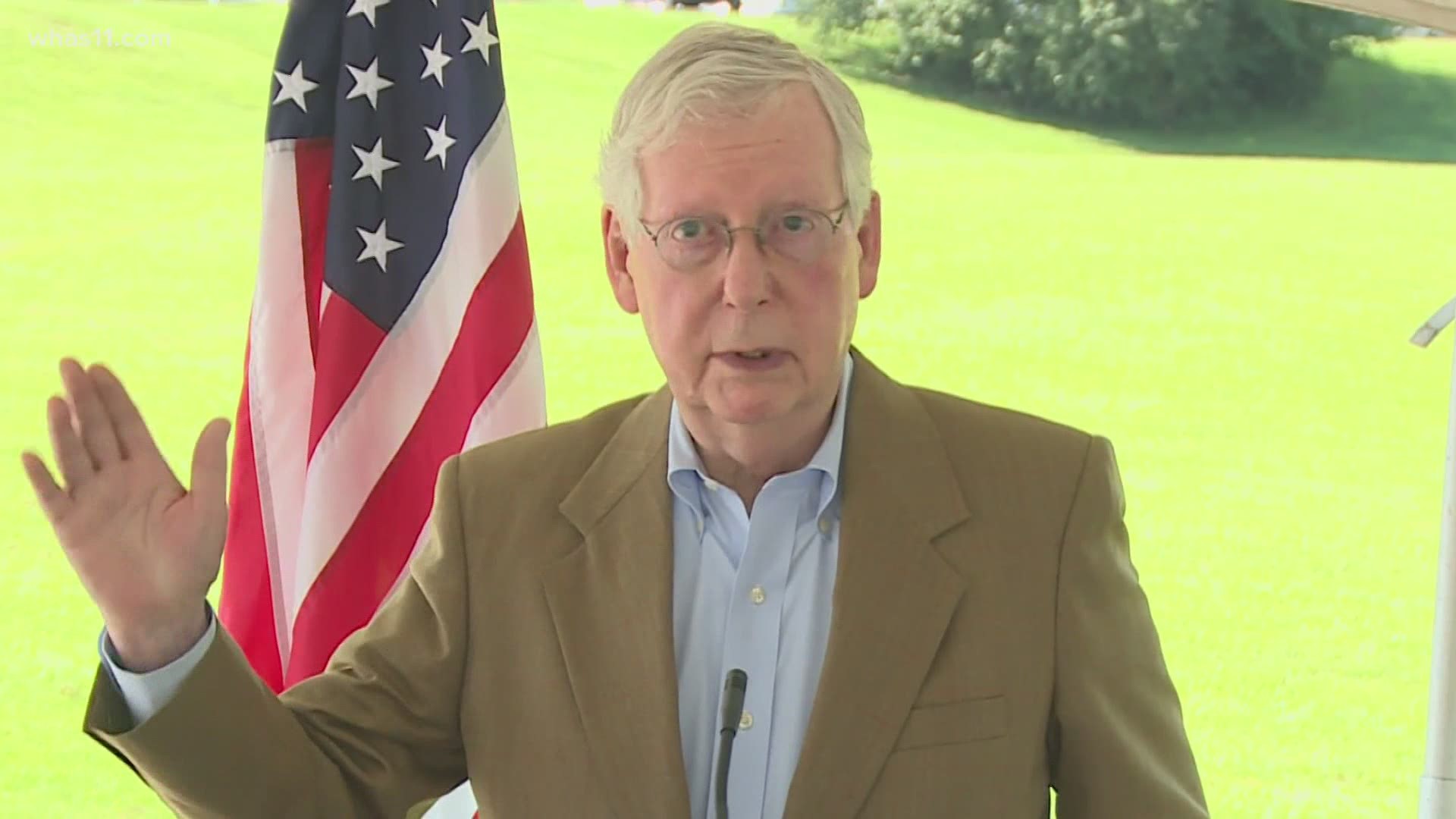 McConnell said the unemployment assistance from Trump's executive order would mean Kentuckians would hopefully see an additional $300 to $400 in their unemployment checks.

"We're are going to get it out there to the people who need it is a good out," McConnell said.

"This is a common sense approach and guides dollars already allocated to help Kentucky into the hands of people who genuinely need it," House Speaker David Osbourne.

Beshear said he has received McConnell's letter, but said he has heard from other governors that there has been confusions over how to apply and concerns over any possible hidden pitfalls.

"We do have to get clarity on a lot of points, because you agree and you jump in on something and you don't know all of the rules," Beshear said. "I will say, if the federal government is going to provide $300, and it doesn't create an unworkable situation for the state, yeah, we're going to take it."

Congress is not close to another coronavirus relief bill, with McConnell saying staying in Washington to cut the deal would be pointless since House and Senate leaders would have to agree to something before a vote.

"We do need another bill and I'm hoping that this impasse will end soon and we can get together and go forward in some kind of mutually agreed way," McConnell said.

Whether more money will be included for places previously helped by the CARES Act like The Medical Center Caverna in Hart County, McConnell said he didn't know.

During his time in Hart County, McConnell also spoke about the US Postal Service, saying he believes it will be fine ahead of the general election. McConnell said he supports Kentucky's plans for November laid out by Beshear and Secretary of State Michael Adams.

RELATED: McConnell: US Postal Service is 'gonna be just fine' ahead of election