The magnitude 2 quake was felt east of the city and felt by some residents according to USGS data. 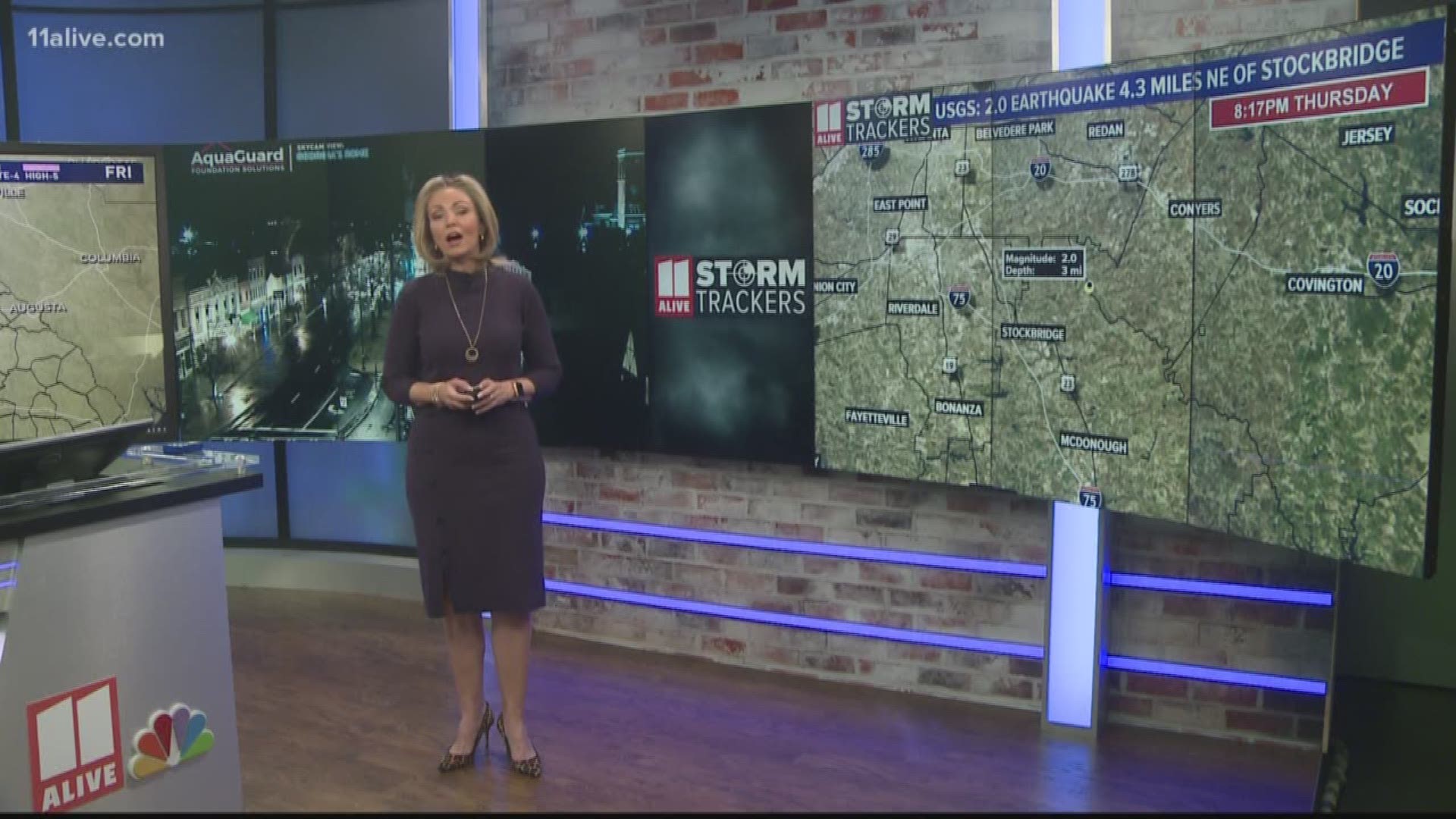 STOCKBRIDGE, Ga. — Residents of Henry County just east of Stockbridge may have felt a little tremble just after 8 p.m. on Thursday. If so, they weren't imagining it.

A magnitude 2 earthquake was reported by the U.S. Geological Survey (USGS) around 8:17 p.m. off of Bent Arrow Drive near JP Moseley Recreation Center. Initial reports suggest the quake had a shallow depth of about 3.1 miles.

In metro Atlanta, earthquakes aren't particularly common; though, north Georgia sees them slightly more often. The quake reported in Henry County would likely be under the threshold at which most people would feel it. Magnitude 2.5 to 3 are considered the smallest generally felt by people.

Just the same, the USGS provides a tool to let the public report feeling quakes. So far, about 62 people have filled out the form with most feeling light or weak shaking but no damage.