Authorities responded to the shooting in the area of Racetrack Road. 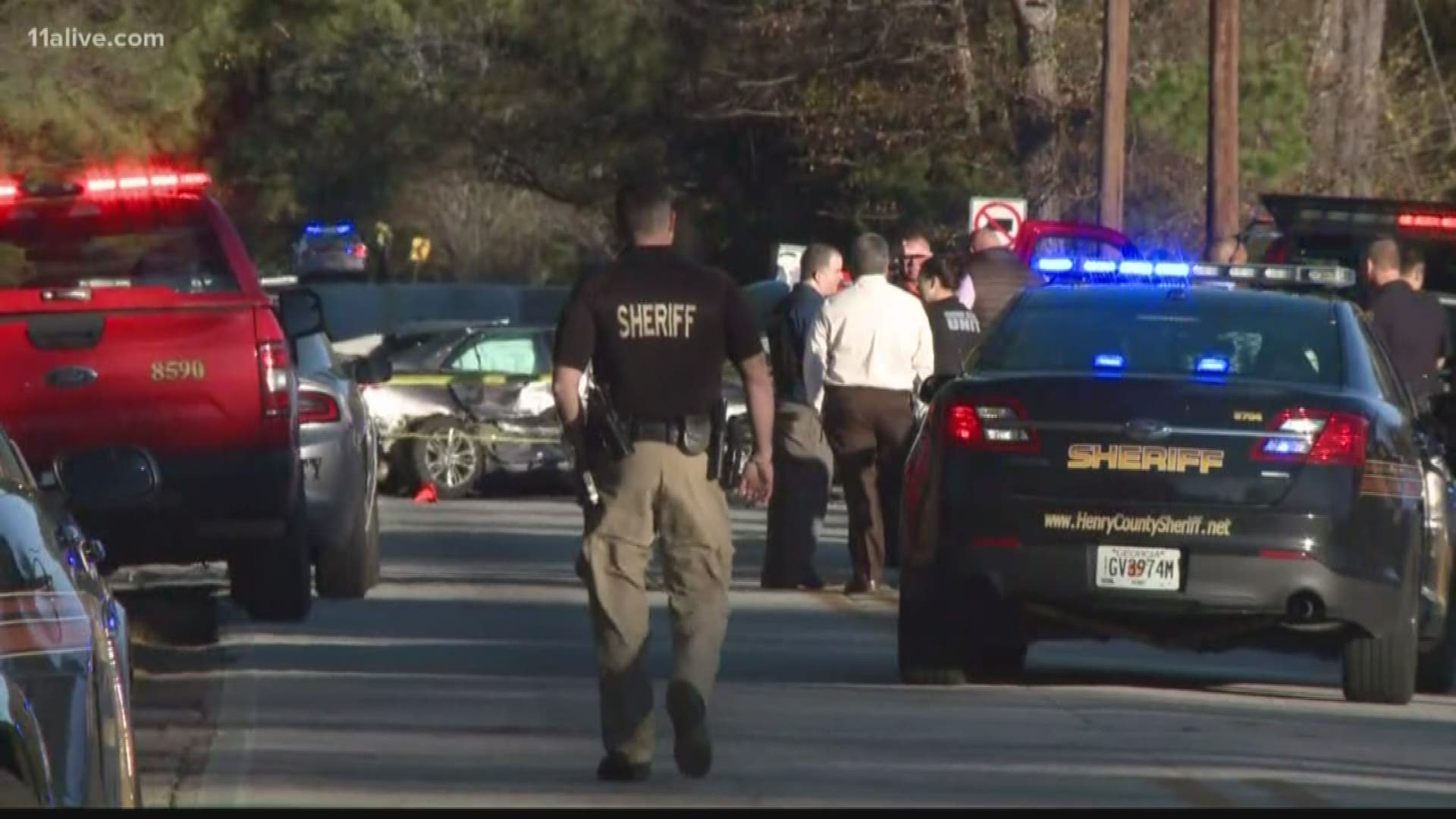 HENRY COUNTY, Ga. — The gunman accused of shooting a woman in a driveway after an argument has been found, police said.

According to the Henry County Police Department, the situation unfolded in the 500 block of Racetrack Road and appears to have been sparked by a domestic argument.

Capt. Randy Lee with the department said a man got into an argument with a woman at a home there. Lee said the woman got into her car to leave the home, but the argument continued. At some point, police said the man pulled a gun and shot at the woman, hitting her once.

In the rush to back out of the driveway, Lee said the woman got into a car accident with two approaching cars. Those two drivers suffered minor injuries and were taken to a hospital in Henry County.

The woman, meanwhile, was rushed to Grady Memorial Hospital in Atlanta, where she is listed as stable.

Authorities mounted a large-scale manhunt for the suspect, who they said ran off into the woods when he saw approaching police officers. It forced two local schools to keep students sheltered in place.

The Henry County School District said that the two schools – McDonough Middle and McDonough High – were on a hard-lockdown under advisement by law enforcement. Students were later allowed to go home under a controlled release.

The controlled release was completed as follows:

"We are sorry for any inconvenience, but your children's safety is our main priority," a spokesperson said.

The Henry County Police said that officers from multiple jurisdictions set up a perimeter to search for the suspect both on the ground and from the air.

They later found him in the same area - off Racetrack Road. He was taken into custody without "further incident." His identity has not yet been released.

This is still a developing story. Please check back often for updates.