Police shared video of the suspect checking doors at a facility. They said that he went inside when he found one door open and assaulted a resident. 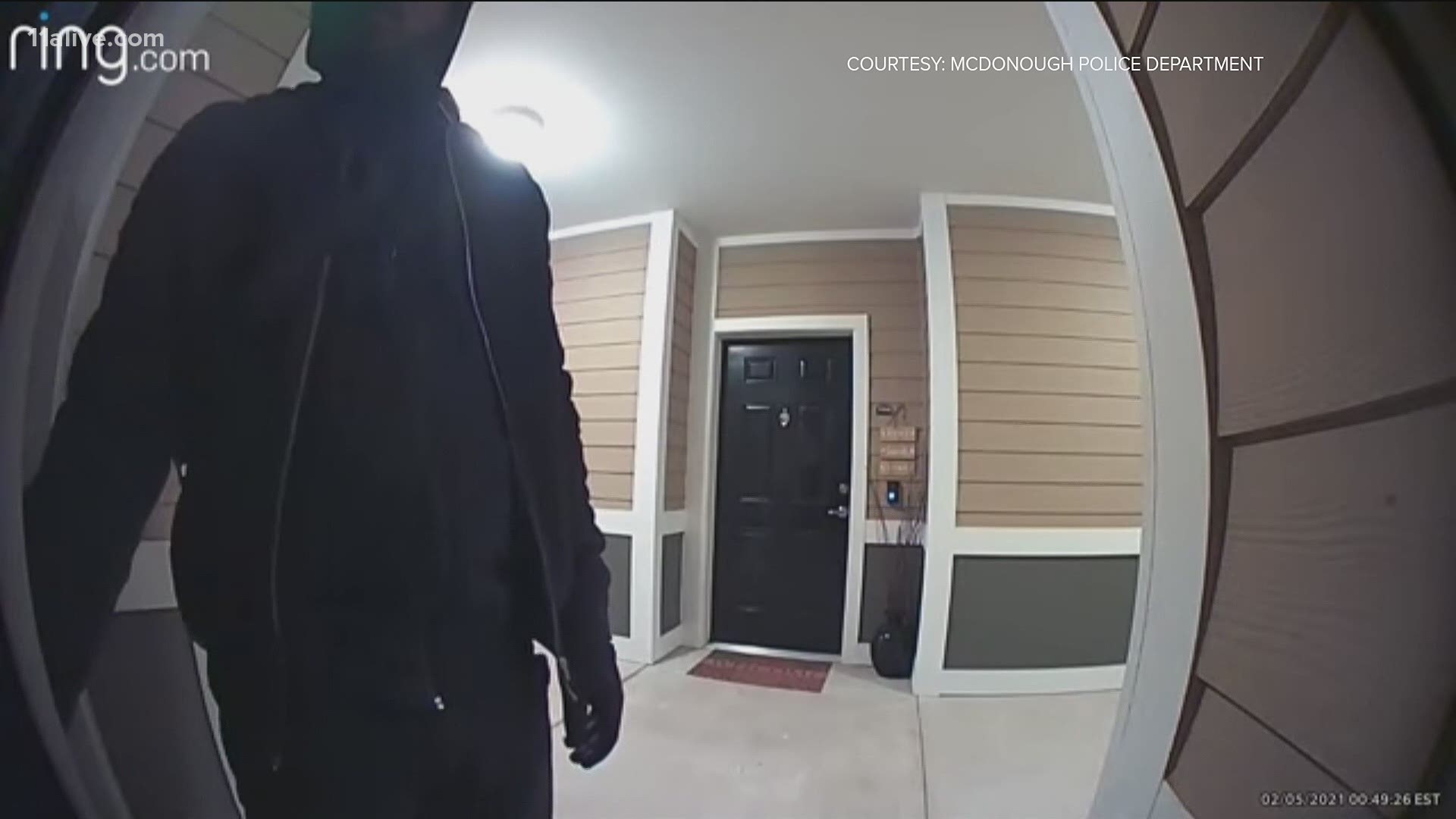 ATLANTA — McDonough Police are on the lookout for a suspect they said sexually assaulted an elderly woman after finding her door unlocked at a senior facility.

Police have shared photos and video of a man they said is suspected of committing a sexual assault on Friday at the Heritage at McDonough senior living complex off of Bridges Road.

Police said the suspect is seen going from door-to-door checking to see if any are unlocked. The suspect ultimately does make entry into one and is accused of sexually assaulting the elderly woman living there.

"After the sexual assault, the suspect casually walked out of the apartment," police said in an alert shared to Facebook on Friday evening. The person was captured on separate surveillance systems at the complex, police said.

In the videos and photos, the suspect is wearing a Nike fanny-pack-style bag along with dark clothing.

Anyone who recognizes him is asked to call McDonough Police are Crime Stoppers at 404-577-8477.