The four women are each accused of beating a waitress and taking her money in front of employees and customers. Two of them are now in custody. 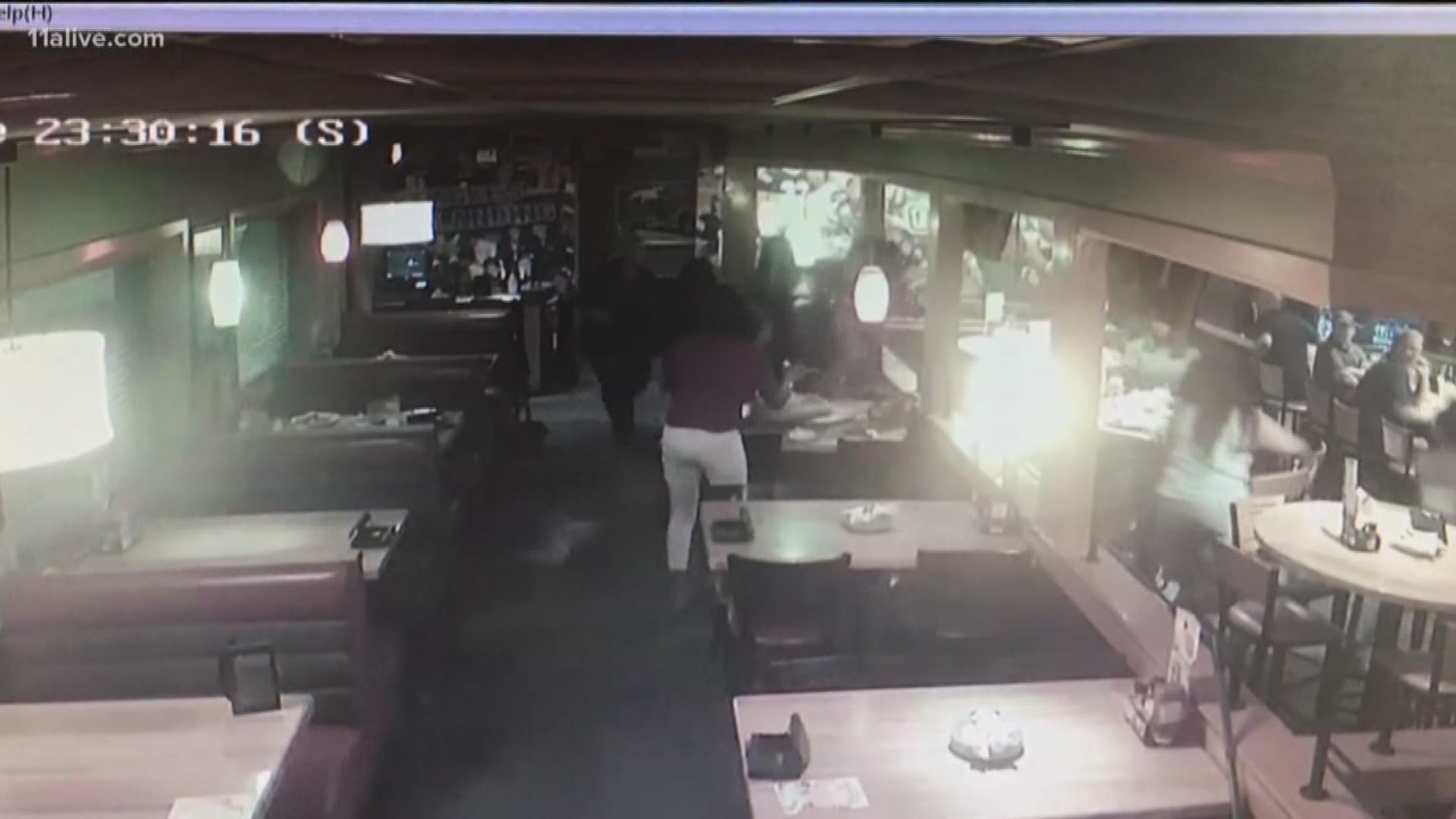 Police have released video showing a waitress's brutal attack by four women as they continue searching for two of the suspects they believe were responsible.

The video shows the chaos inside the restaurant as the women rush the waitress all at once as employees scramble in the background and customers look on in shock.

McDonough police said that Keterah and Lashondra Boyd are in custody in the attack but two other suspects, Lakisha and Demetrius Boyd are still on the run.

With the addition of the new crime video, officers hope to bring in the final two.

► Applebee's waitress stabbed, robbed of her tips after getting off work

Investigators said the women each beat their victim, an Applebee's waitress, and robbed her of tip and tab money. One of the suspects is accused of stabbing the waitress before the attackers escaped in a white Infiniti SUV.

Police said not only did the suspects beat and stab the waitress but also slashed one of her co-workers with a steak knife as they tried to intervene.

After investigating the July 10 attack, McDonough police released driver's license photos and names of the attackers along with a photo of the getaway vehicle.

Anyone who has information on where they may be is asked to call police immediately.