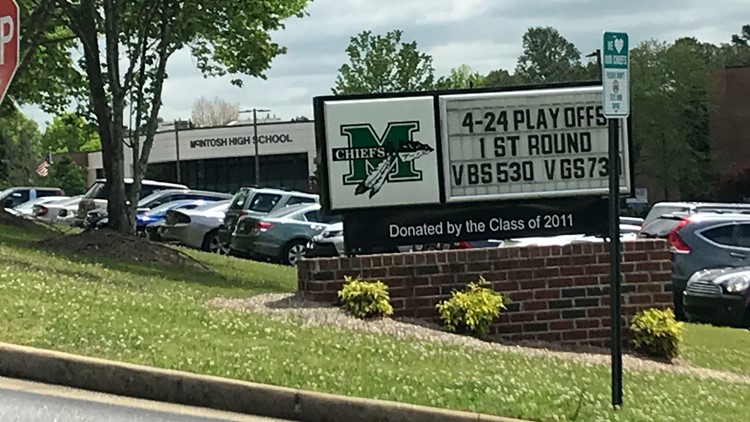 PEACHTREE CITY, Ga. — A student at McIntosh High School in Peachtree City was arrested and charged with making terroristic threats after other students overheard a "possible threat of violence," police said Thursday.

The Peachtree City Police Department posted on Facebook that on Wednesday, "multiple students" heard the comments. They said the student admitted making the alleged statements, but "claimed them to be in a joking nature and that he had no intentions of following through."

Police also charged the student with violating the Georgia Controlled Substance Act for having THC Oils, which are a Schedule I narcotic in the state.

They did not explain the additional charge. They did say a search warrant was executed at the student's home.

Police are asking anyone with more information about the matter to contact them at 770-487-8866.