Dixon had a wife and two sons, a 9-year-old and 3-month-old infant. He was killed in the line of duty on Sunday night. 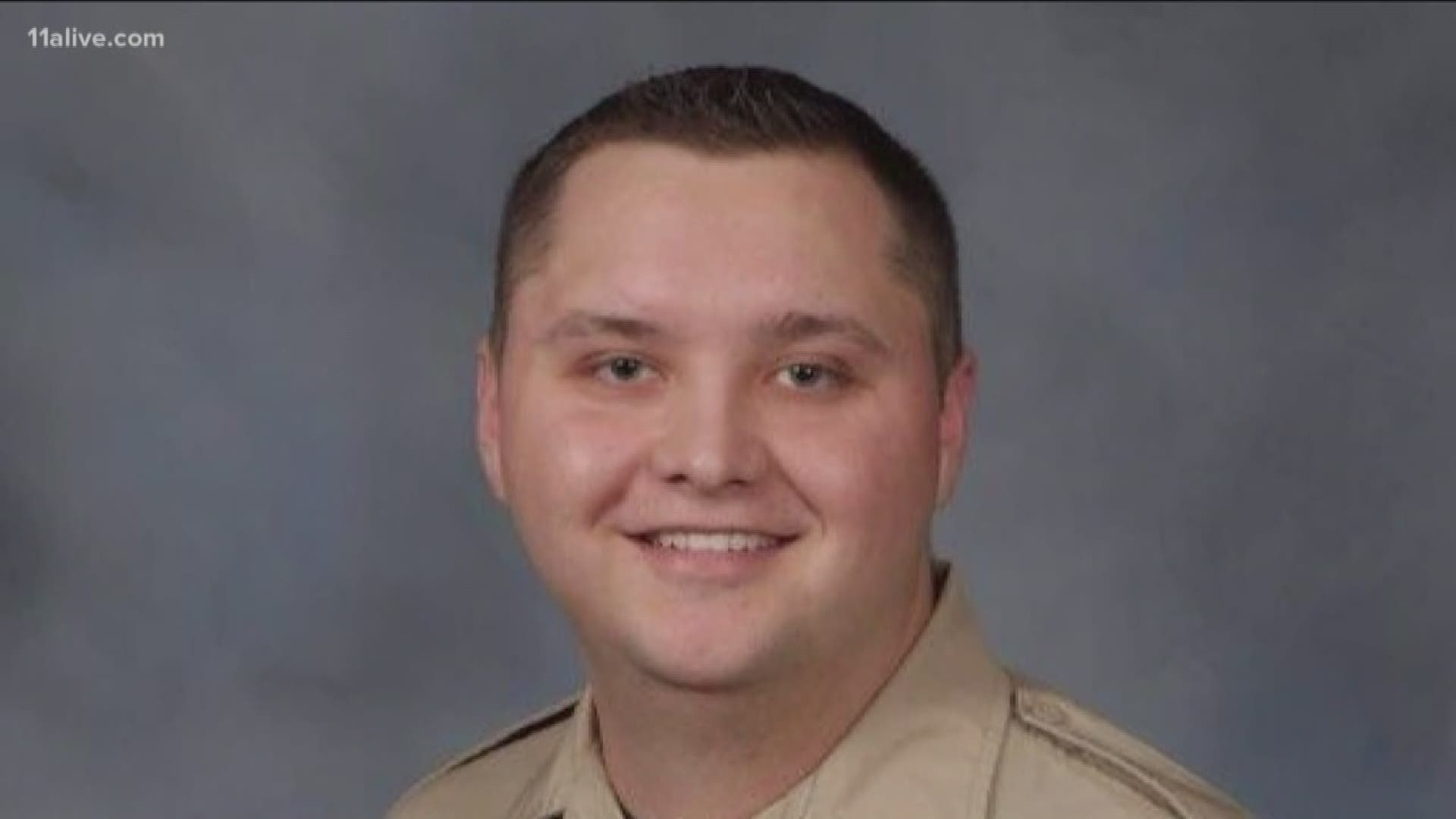 HALL COUNTY, Ga. — A memorial fund has been set up for Nicolas "Blane" Dixon, the Hall County sheriff’s deputy who was shot and killed in the line of duty Sunday night.

The Hall County Sheriff’s Office announced Tuesday the fund has been set up at Peach State Bank Trust in Gainesville.

The public can contribute to the fund at the bank’s physical location – either in person, with the drive-through teller, or through a night deposit box – or through the mail.

Those who wish to donate at the bank branch can go to the Peach State Bank & Trust at 325 Washington Street in Gainesville.

Checks should be made payable to: Deputy Nicolas Blane Dixon Memorial Fund.

“The Hall County Sheriff’s Office is very grateful for the outpouring of support from members of the community, businesses, and other organizations during this time of need,” a sheriff’s office release said. “100% of all donations go directly to the family.”

Dixon had a wife and two sons, a 9-year-old and 3-month-old infant.

"First and foremost keep Nicolas' family and our department in your prayers," Hall County Sheriff Gerald Couch said at a press conference on Monday. "There are no words to express the profound grief that this loss brings each of us. He was out there in the darkness while most of us slept comfortably, bravely doing things that he could."

"It was his job. He loved doing that, he loved serving," the sheriff added.

MORE: What we know about the deputy killed after a police chase Sunday night

There are now memorial wreaths at the entrance of the Hall County Sheriff’s Office and flags are at half-staff.

Dixon was shot on Sunday night after deputies attempted to stop what they believed was a stolen vehicle involved in several robberies over the weekend, including one of a “large number of firearms.”

The car instead fled, and later crashed. Four suspects ran out of the car on foot, and Dixon and other deputies gave chase, which resulted in an exchange of gunfire a short time later.

One of the suspects, believed to be the one who shot Dixon, was also hit in return fire. That suspect, 17-year-old Hector Garcia-Solis, has been charged with felony murder in the deputy’s killing.

“There are simply no words to express the profound grief that this loss brings each of us,” Couch said Tuesday. “He was out there in the darkness while most of us slept comfortably, bravely doing things that he could."