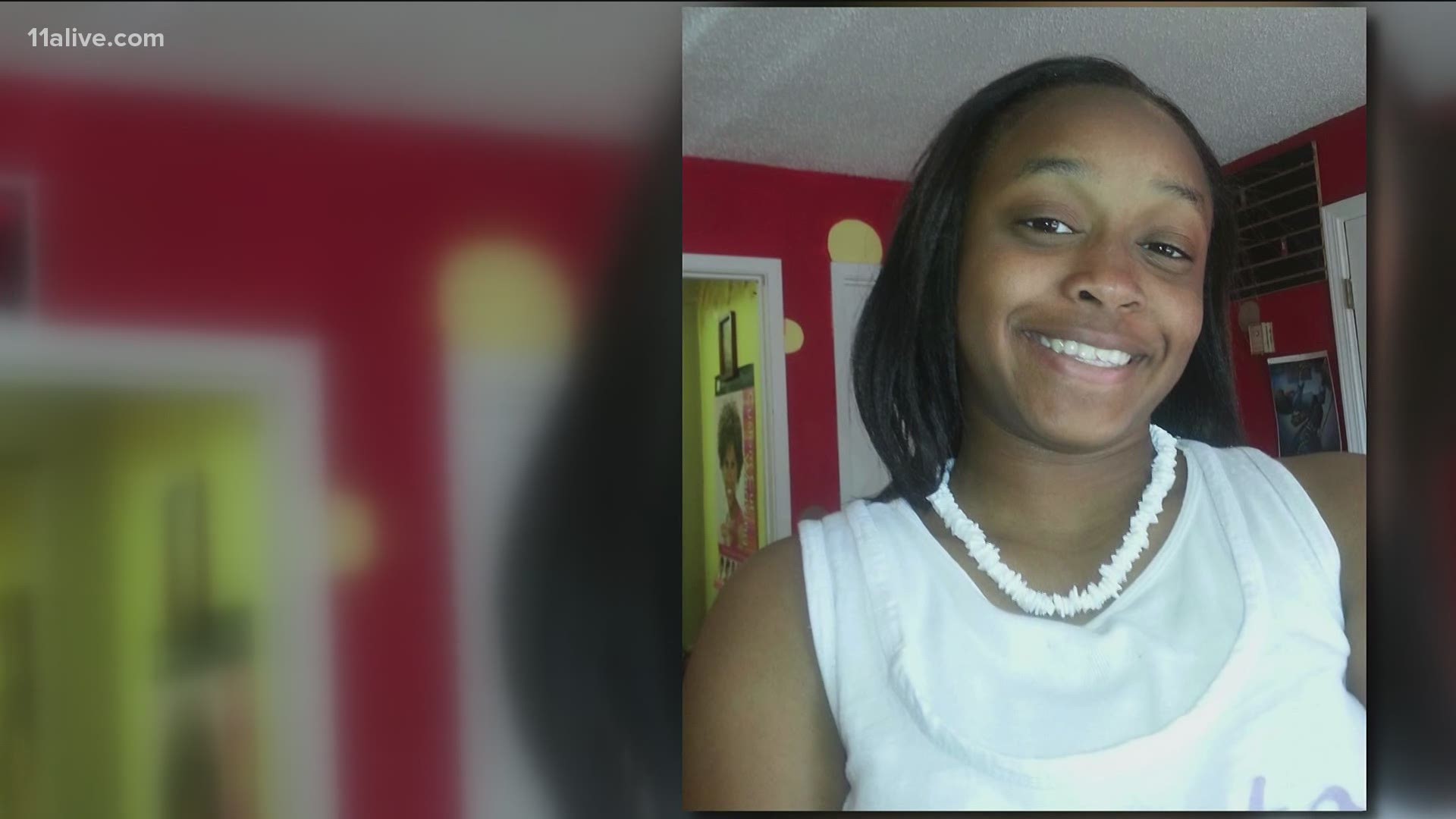 DEKALB COUNTY, Ga. — Larry Brown Jr. is a father begging for help after losing his daughter, the youngest of his six children.

Sheikevious Young, who Brown calls Keevy, recently turned 21 years old. Her father proudly described her as someone who bought her own car, rented her own apartment, and worked two fulltime jobs. She took care of children while working at a daycare in the Roswell area and also worked a security job for a company in Fairburn.

Brown and Young had a plan to return to school together as a father-daughter team.

"Like, I'm in school, you be in school at the same time and we are just going to do this together. Unfortunately, she didn't make it to be able to do it," Brown said.

Young was driving home from her security job on May 26, according to her father, when for an unknown reason someone shot her.

"We know she was shot, they shot her, they pulled up alongside her and shot her," Brown said.

Her silver-colored 2019 Nissan Versa now has several bullet holes and a shattered window. The shooting happened along I-285 NB south of Church Street shortly before midnight.

The incident is still under investigation by the DeKalb County Police Department. On Thursday, the department said no suspect has been identified.

"We ask anyone who was in that area on the night of the incident at approximately 11:49 p.m. or anyone with information to please to call our Homicide/Assault Unit at 770-724-7850 or Crime Stoppers at 404-577-TIPS," their statement said in part.

Brown is also urging the public to come forward.

"If you know anything, you heard anything, no detail, no tip is too small, even if it is just I heard someone saying something," Brown said.

Following the shooting, police said victim was in the hospital in critical condition. Brown said he stayed by his daughter's side for four days at the hospital.

"She fought from last Thursday and she went away on June the 1st," he said.

Over the past year around the metro area, gun violence has been on the rise.

Brown, a lifelong Atlanta resident, is struggling to understand the increase in violence -- including the shooting of his daughter.

Brown added that he now also thinks twice before driving on the interstate. Since the beginning of the year, there have been more than a dozen separate shootings on interstates passing through the Atlanta area.

Nearly no arrests have been made in connection to the interstate shootings.

"Never got in a situation where I was afraid or not comfortable riding on 20 or 285," Brown said of growing up in Atlanta. "A car pulled up beside me the other day, I just pulled over because I just don't know, I don't know. Because these crimes they don't have a motive, they don't have an explanation. They could just say road rage and that is a blanket statement."