Activist on Chauvin trial guilty verdict: 'There's a George Floyd in every town'

Dozens of activists came to a mural located in downtown Atlanta not knowing the outcome of the verdict, but the plan was to march in solidarity no matter what. 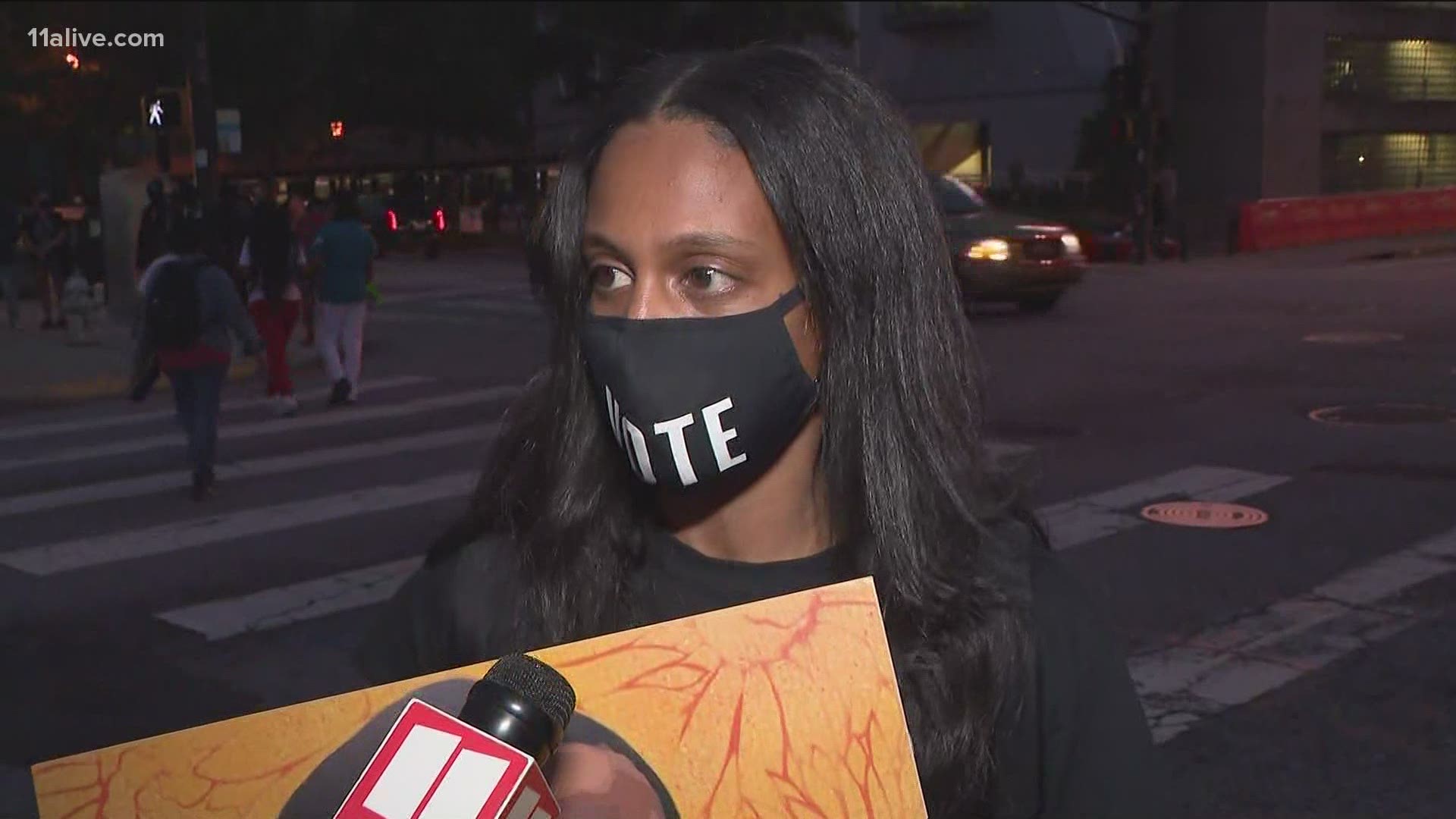 Reaction from the news of the verdict for Derek Chauvin is being heard in communities around the world, and in Atlanta where people gathered at a mural of George Floyd.

Dozens of activists came to a mural located at 451 Edgewood Avenue SE, not knowing the outcome of the verdict, but the plan was to march in solidarity no matter what.

11Alive’s Hope Ford recalls many of the people at the site were there when marches began last year, when the news of Floyd’s death sparked outrage and a global conversation about police brutality.

Ford spoke with some activists who say even though they know the verdict now, they are still “numb.”  They are celebrating that there is justice for George Floyd, but there shouldn’t be justice because George Floyd should still be alive.

"Down here in Atlanta, you have Vincent Truitt and Rayshard Brooks and Jimmy Atchison and Oscar Cain, the list goes on and on. So, people are protesting, not only for George Floyd, but all the cases that are occurring around the country," Griggs said.

Griggs, wearing a shirt with the name of a teenager shot and killed by police in July of 2020, said he's already been on calls with local and national activists, and prepared for protest pending the news of the verdict.

Credit: Hope Ford
Another young child- her own megaphone, dancing and chanting “no justice, no peace” while in the front of a march in downtown ATL.

"It's not over. We have to address the systemic problem that needs to be dealt with in American policing," Griggs said.

"We have to dig deep, and dig into the major issues, pass legislation, get better training," Jones said.

While the prosecution in Chauvin's trial told the jury to "believe your eyes," Jones and Griggs said it's difficult for some who believe in his guilt to trust that justice will be served.

Both activists said they are urging peace, and despite the verdict, the work to address systemic issues will continue for the foreseeable future.

Atlanta Police held a news conference Tuesday evening saying they were preparing for the verdict - hoping for the best, but taking precautions in case there was unrest.

"We are in full support of peaceful protests," Interim Chief Rodney Bryant said. "I think the the citizens heard it and they are exercising the freedom to do just that."

As for the activists, they are pushing for more to be done from lawmakers.

"And that's a big undertaking, it's going to take a lot of work. And one trial is not going to fix all that,” Jones said.