Many clergy are calling for a universal end to anti-Semitism and need to be able to worship freely and without fear. 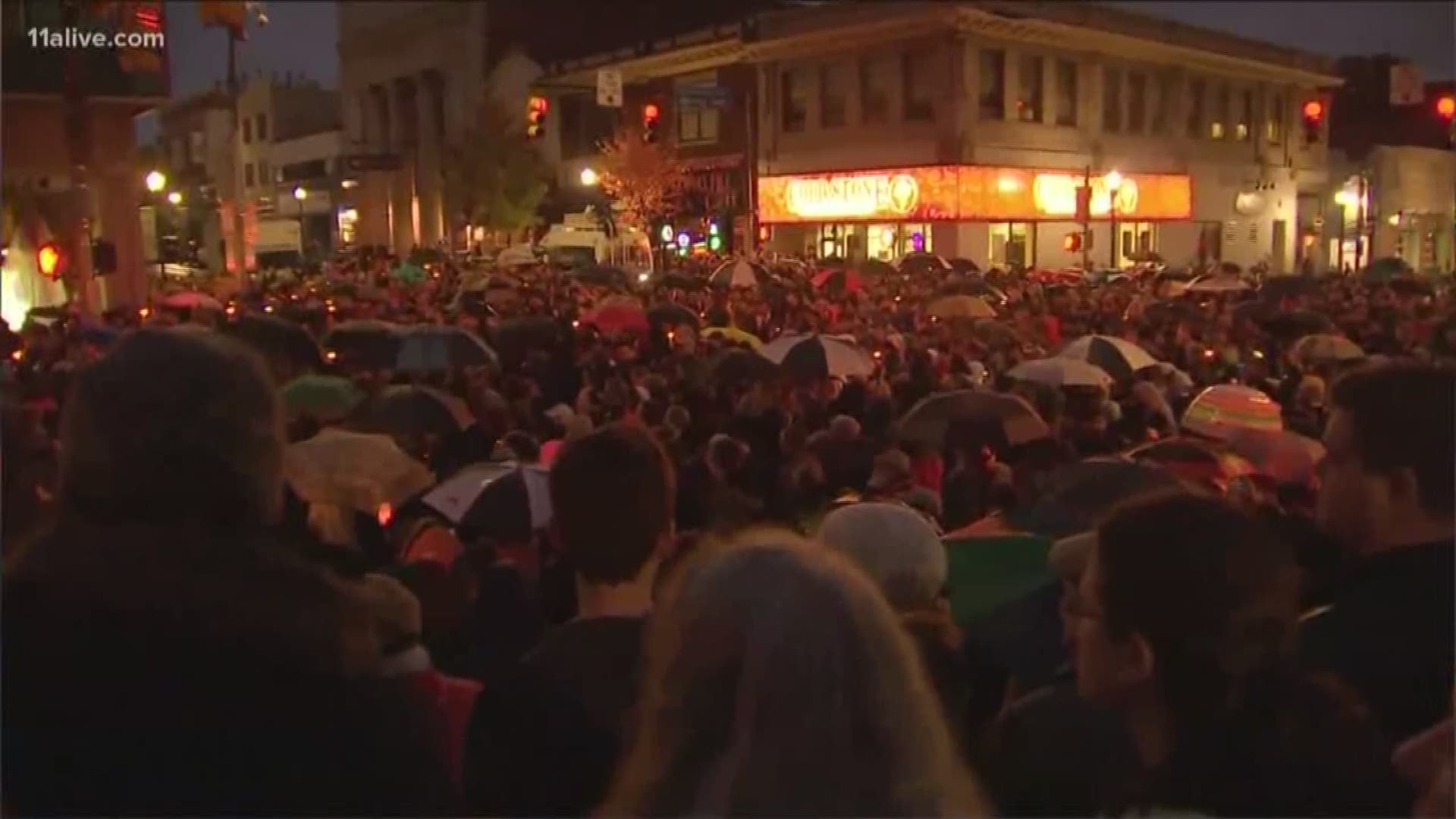 ATLANTA -- Several clergy members around metro Atlanta have issued statements in the wake of Saturday's mass shooting at a synagogue in Pittsburgh that claimed 11 lives.

Some of them have called for a universal end to anti-Semitism and need to be able to worship freely and without fear.

Along with statements from members of the clergy around metro Atlanta, a number of synagogues are planning prayer vigils Sunday, Monday and Tuesday.

Jentezen Franklin, senior pastor of Free Chapel released a statement that said, in part, "People of every faith must be able to worship freely and without fear. This is a hallmark of our nation's history, and every faith leader must treat this as an attack on the free expression of worship, regardless of their own religious beliefs."

RELATED | Remembering the 11 victims of the Pittsburgh synagogue shooting

Just as other people of faith and secular leaders have condemned the shooting and expressions of anti-Semitism by the alleged gunman Robert Bowers, Franklin pointed out that this is an ongoing evil that must be eradicated.

"Anti-Semitism is sadly still a very real and dangerous ideology that plagues every corner of the globe," he said. "So I also pray that everyone, no matter their political persuasion, will put aside their differences and help combat this and try to turn the tide."

Dr. Charles Steele, president of the Southern Christian Leadership Conference issued a statement that echoed Franklin's in calling for prayers for everyone touched by the massacre.

"With the tragic shooting in Pittsburgh, and the daily violence we are seeing in America and around the world, it is evident that this hate and violence is escalating," Steele said in part. "Dr. King said the three ills of society are racism, poverty and militarism. Dr. King and others fought and died to end these practices."

According to Pennsylvania authorities and the FBI, Bowers entered the Tree of Life Synagogue in Pittsburgh's Squirrel Hill neighborhood on Saturday morning and opened fire on the congregation while shouting anti-Semitic statements including, "all these Jews must die."

Police said Bowers was armed with an assault rifle and at least three handguns as he walked through the synagogue for about 20 minutes, shooting at his victims, leaving 11 people dead and injuring six others -- including four law enforcement officers -- before being taken into custody.

Bowers has been charged with at least 29 counts including 11 counts of murder in connection with the mass shooting. His social media footprint includes a wide swath of anti-immigrant and anti-Semitic statements that investigators are continuing to examine.