LaGrange Police are currently testing the effectiveness of a new restraint device that could bring an alternative when physically handling those suffering from a mental health crisis. 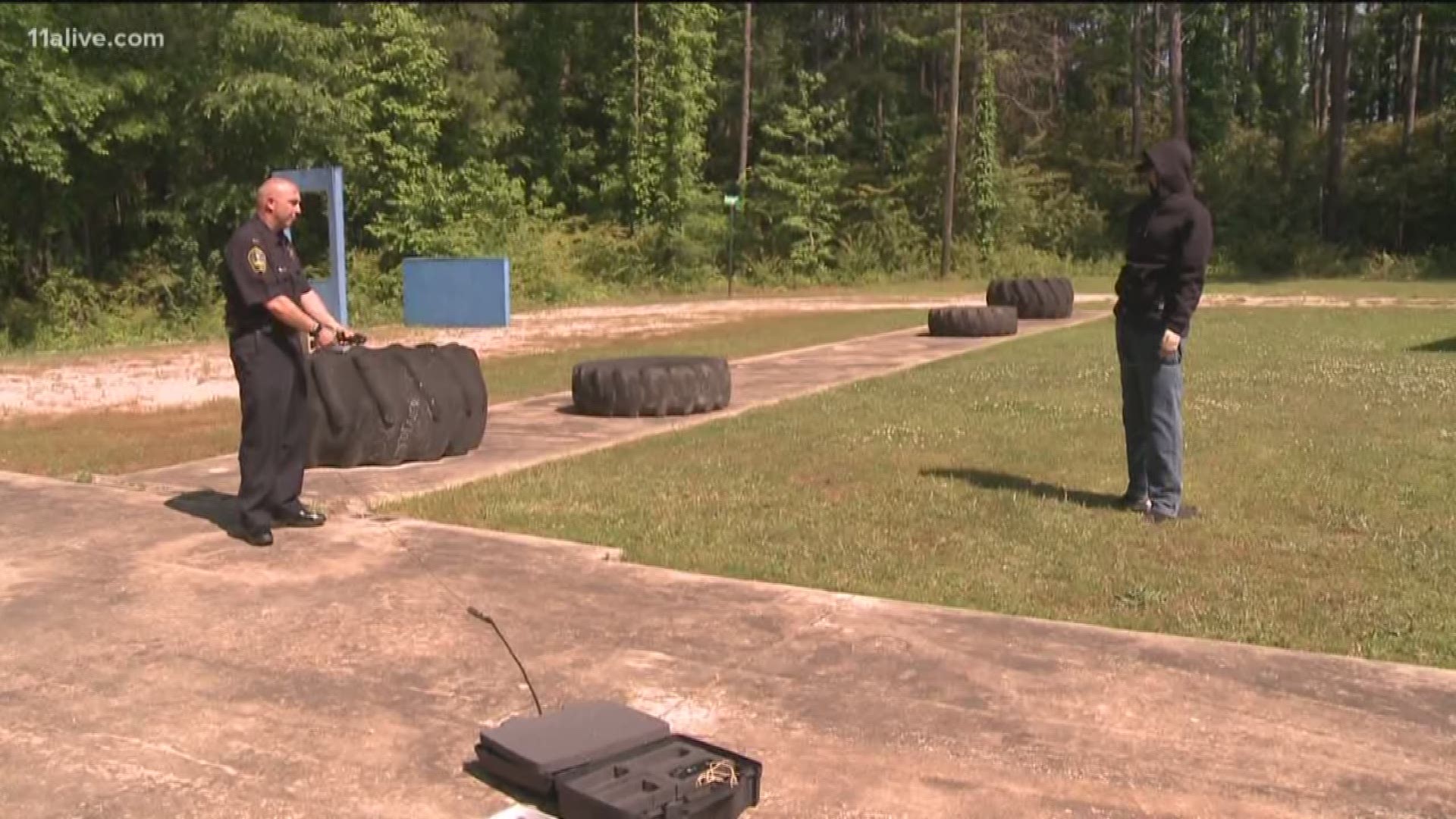 LAGRANGE, Ga -- One metro-Atlanta police department is putting innovative technology to the test, piloting the use of a non-lethal weapon that could save lives when it comes to helping those suffering from mental illness.

LaGrange Police is one of ten agencies across the U.S. testing the BoloWrap 100. The device is designed to quickly restrain someone with little to no pain, deploying tethers which entangle the lower body and restrict movement.

"If we had a situation where we had a subject with a knife, we could use [the BoloWrap] to secure them," Lt. Eric Lohr with LaGrange Police told 11Alive. "If someone was suicidal or some type of mental crisis, we could secure them quickly."

Ultimately, allowing police to transport the person to a hospital or treatment facility. The device has the potential to reduce risk to both the officer and other person.

"This is one tool we could use if a person needed to be taken into custody... as opposed to police getting and hands on and running the risk of hurting themselves as well as that person," Lohr said.

"Our goal in that situation is to get them the help they need."

LaGrange Police already require 100 percent of officers undergo Crisis Intervention Training (CIT) that teaches officers de-escalation techniques. But the BoloWrap could be a supplement to officers' tools in the field, and unlike a taser, the device can even be deployed multiple times if needed given there's minimal to no pain involved.

The Bolowrap does have limitations.

"Obviously, if someone has a firearm, this is not the device we would be going to," Lohr told 11Alive, adding the range, position of the individual as well as any other weapons would also influence an officer's decision.

"Officers have to make split-second decisions, and sometimes they make the wrong decision. But in the eyes of our agency, and in the eyes of the courts, the important thing is the officers are well-intentioned," Lohr said.

Mental illness is also one of Chief Lou Dekmar's priorities.

“Any innovation that reduces the likelihood of injury to an officer or someone that’s affected by mental illness is an innovation worth piloting," Dekmar said.

LaGrange Police will continue to test the BoloWrap and would need to fully train officers before the device is implemented in the field. Lohr estimated each device costs $800, not including $35 per cartridge.

The Georgia Bureau of Investigation has investigated 34 officer involved shootings thus far in 2018. The GBI does not, however, track data on whether investigations involve someone having a mental health crisis.