Michael Ramos died after being shot by an Austin police officer in April. 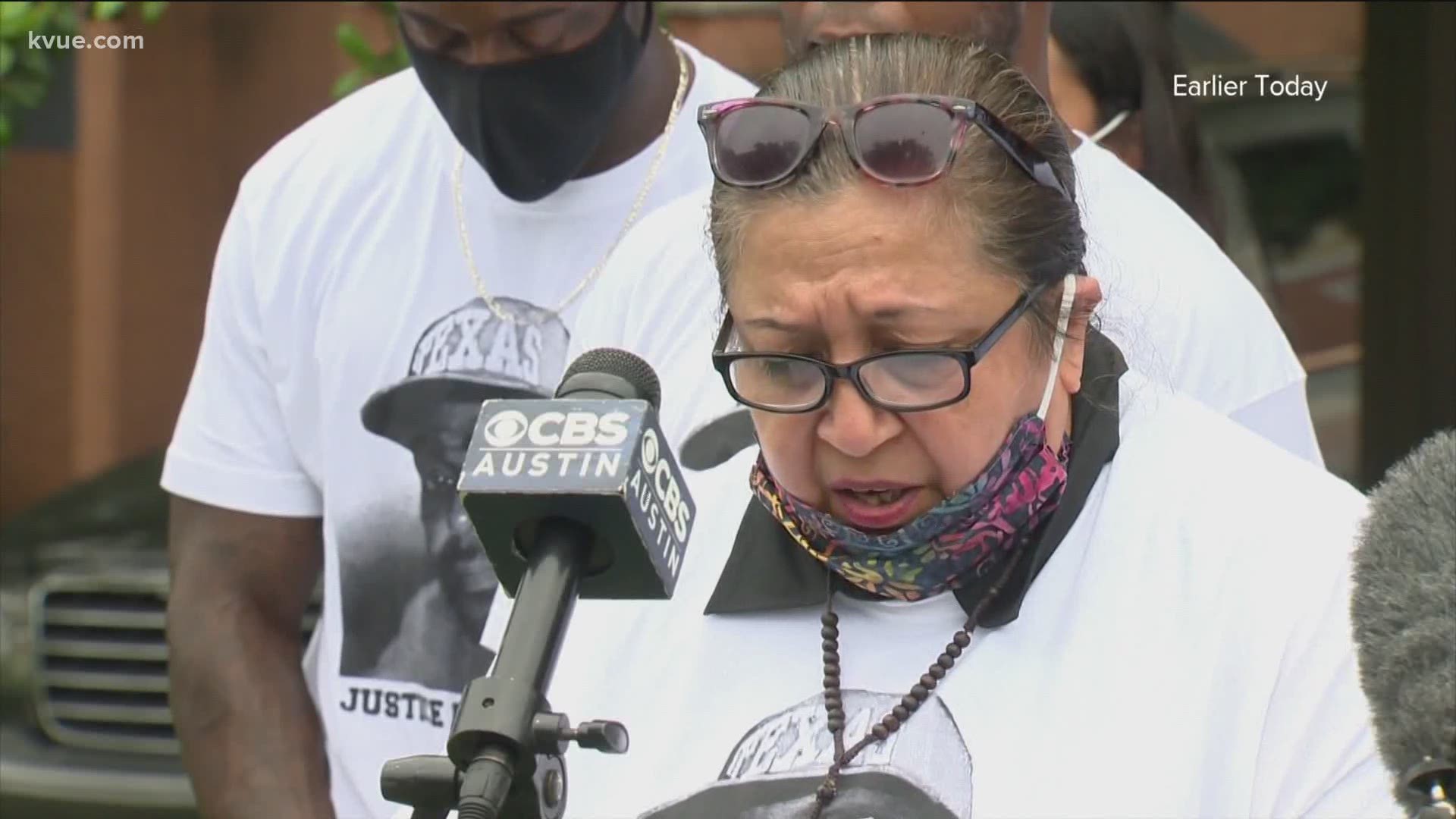 AUSTIN, Texas — The mother of Michael Ramos spoke out about the death of her son on Sunday afternoon as protests continue in Austin calling for justice for the deaths of George Floyd and Michael Ramos.

Michael Ramos died after being shot by an Austin police officer in April. On May 29, it was announced that the officer who shot him would be going before a grand jury.

Brenda Ramos questioned why the officer was still allowed to be on the force even if he was being investigated for other incidents.

"Some days I do not feel like I can carry on. I need your help," said Brenda Ramos through tears.

Brenda Ramos ended her speech by saying, "Justice for all, and black lives matter."

When asked about looters, Brenda Ramos said she does not approve of it.

"It hurts me. I don't want no violence, I just want peace and quiet and respect for me, my son, my family," said Brenda Ramos.

Brenda Ramos said there should be a law that allows requires officers to be fired and prosecuted for incidents like this.

Derek Chauvin, the officer who knelt on George Floyd's neck, has since been charged with manslaughter and third-degree murder.

“My only child, my son Mike, my baby was shot and killed by Austin Police Department Officer Christopher Taylor one month ago. I cry every day. Now I'm in this terrible, heartbreaking club. It's a club of the mothers of black Americans who have been murdered by police. I ask Chief Manley publicly today in front of you all as my witnesses: Chief Manley, why did you put Officer Taylor back on the street after he killed a man having a mental health crisis last summer? Chief Manley, why was Officer Taylor even on the street and allowed to gun down my unarmed son on April 24th? Chief Manley, I am asking you today, why did Officer Taylor have a badge and that immoral, corrupt law enforcement license to kill my son on April 24th when he is under criminal investigation for killing Mauris DeSilva last July? I need you all to be witness to my anger and confusion and tears because I am not getting any answers from Chief Manley. Why hasn't Officer Taylor been arrested? Why hasn't Officer Taylor been fired? Why hasn't Officer Taylor at least been suspended. Why is Officer Taylor still drawing a paycheck from us, the citizens of Austin. Why are we paying his salary when he murdered my son over a month ago and he murdered someone else's son ten months ago? Why isn’t he in jail? I call for Officer Taylor to be suspended. I call for him to be fired. I call for Officer Taylor to be prosecuted for killing two people. I call for the police to stop killing!  I need your voices. Some days I do not feel strong enough to carry on. I need your help. We must get justice for Mike. There should be a new law when this happens. They should be suspended and prosecuted and put away for murder. For justice and for All. Black Lives Matter."

WATCH: Protesters gather at Texas Capitol even after cancellation of planned rally, march

Live blog: Protests underway in Downtown Austin for second day in a row