Midtown crane status | When will streets reopen, residents be allowed to return 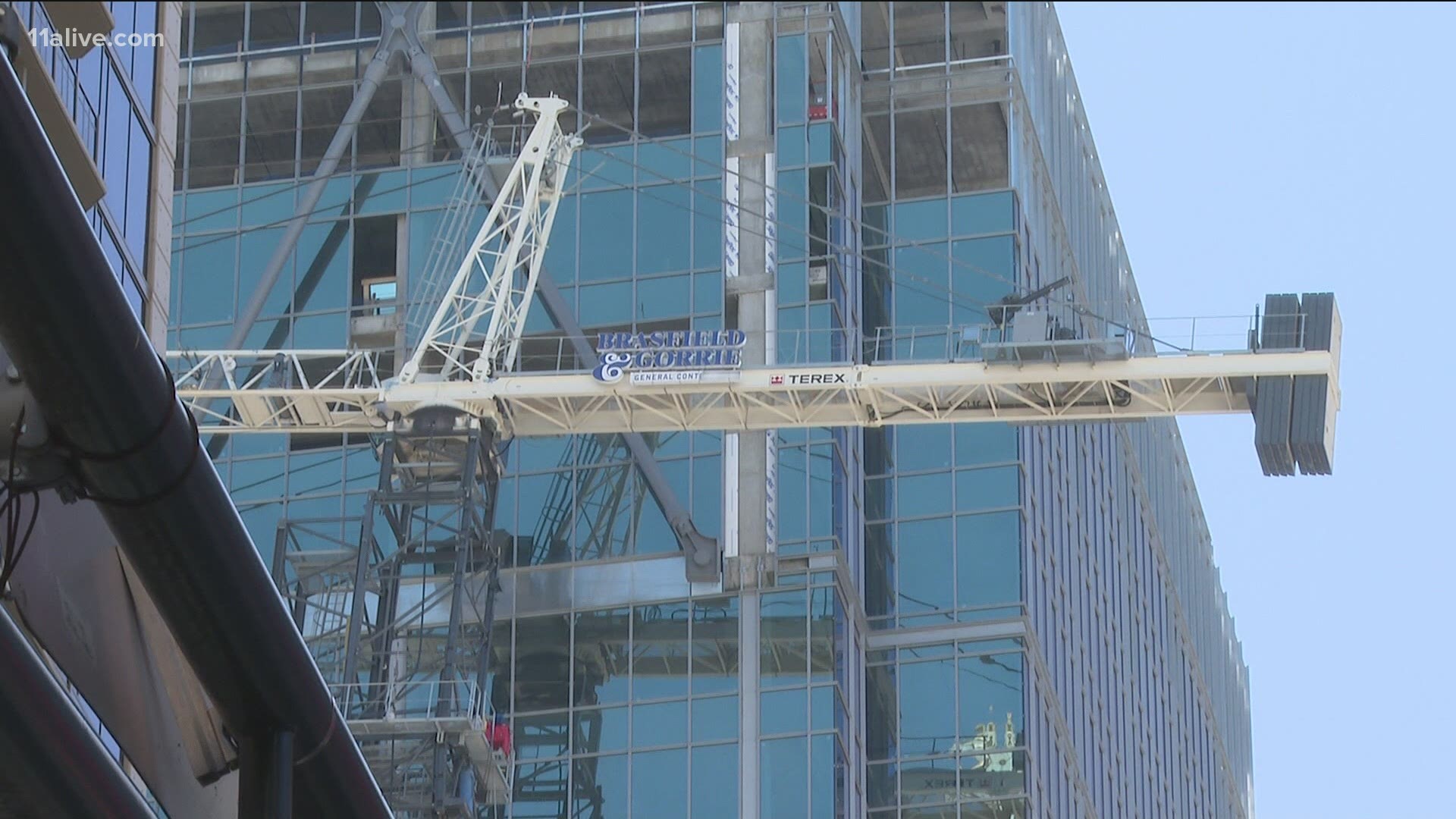 ATLANTA — A section of a busy street in Midtown remains closed Monday as crews continue work into this week to safely dismantle a compromised crane at a high-rise under construction.

On Friday, Atlanta Fire responded to the leaning crane when something malfunctioned during the initial disassembly.

Since then, West Peachtree St. NW between 10th and 14th Streets has remained closed, with businesses shut and residents cleared out of their homes in the area.

At a minimum, that looks like it will remain the case through this week.

After the inspection, crews moved to next steps in reinforcing, with the hopes of moving toward the process to dismantle it.

When will Midtown Atlanta streets reopen?

It's likely the at-risk portion of West Peachtree will remain closed through the end of this week.

"Because the disassembly of additional equipment will take time, we expect West Peachtree to remain closed through the end of the week," the statement said, 11Alive's Maura Sirianni reported early Monday.

The company said they will have to bring in two additional cranes to help with the situation. They want to make sure it is stabilized.

"Because the disassembly of additional equipment will take time, we expect West Peachtree to remain closed through the end of the week” - Brasfield & Gorrie @11AliveNews #MorningRushATL pic.twitter.com/flxoSysE8v

In the last update sent Monday afternoon, officials with Brasfield & Gorrie said "the processes of dismantling the crane and disassembling the equipment used in this effort will take significant time."

11Alive Traffic Tracker Crash Clark also noted that Peachtree St. NE had to be shutdown Monday morning at 17th St. over a water main break, adding to the difficulties getting around in that area.

West Peachtree closed between 10th and 14th Street for the crane operation AND Peachtree closed at 17th Street with a water main break. Downtown connector is wide open but the roads are wet. @11AliveTraffic @11AliveNews #11alive #MorningRushATL https://t.co/T3u0OUYgFE

When can Midtown Atlanta residents return to homes?

Monday afternoon, Brasfield & Gorrie said, did not provide a specific timeline of when residents will be allowed back home. However, they did say they were working to make sure residents have access to what they need.

"Thanks to initial reinforcement work, we are working with building management of the evacuated residential building to provide a window of time when residents will be able to safely retrieve necessary items," the statement said.

"Since Friday, we have been working together with building management of the evacuated residential building to make sure their residents are safe and to provide accommodations as needed during the evacuation. We remain in communication with officials, property owners, and other neighbors who are impacted by this situation."