Officials said they believe residents and neighboring businesses will be able to return before the end of next week, but did not give an estimated time frame. 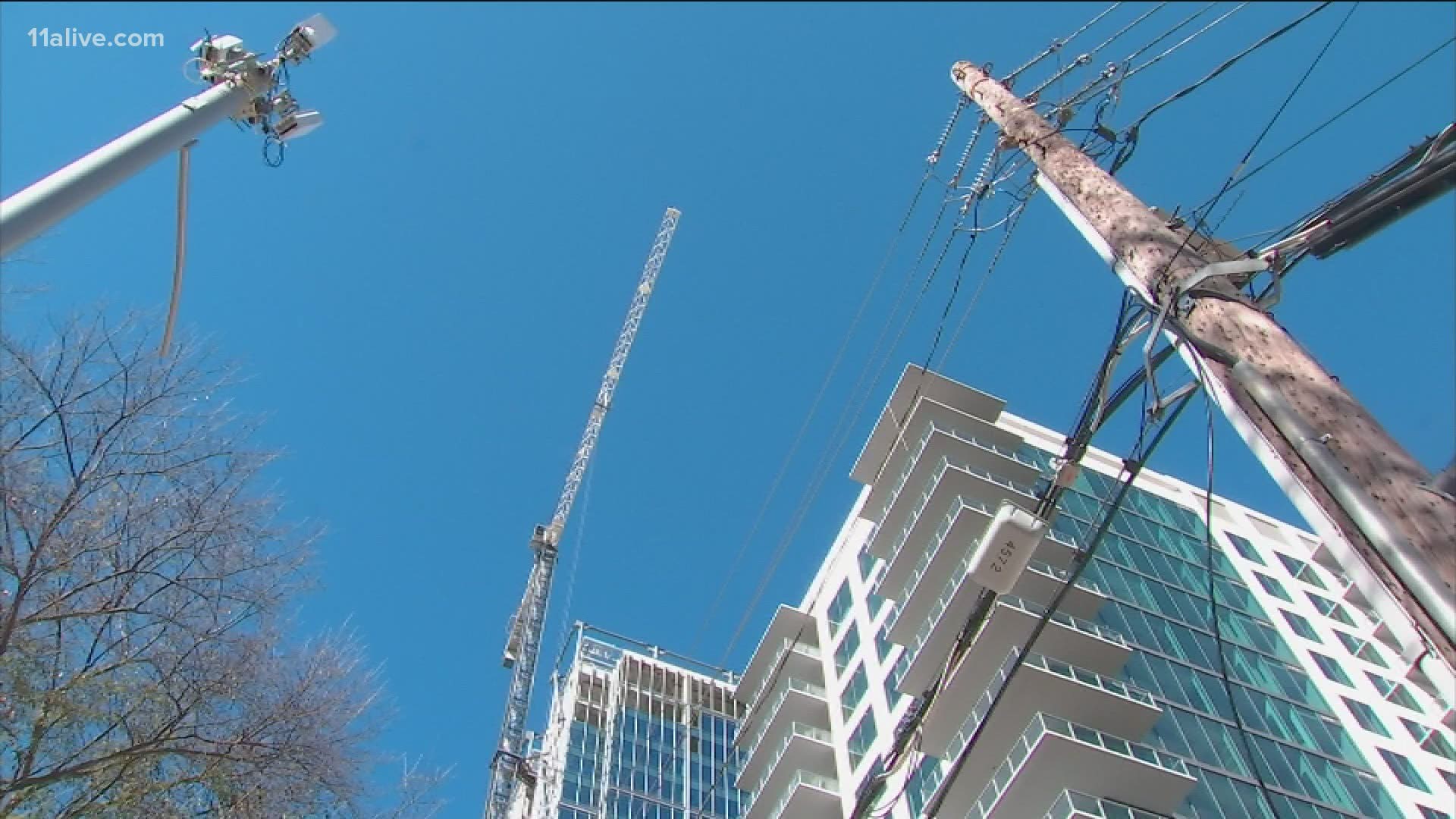 ATLANTA — The owner of a crane leaning off a building in Midtown says the road will likely be closed through the end of next week.

Brasfield & Gorrie said in a statement that crews are beginning the process of reinforcing the tower crane at 1105 West Peachtree on Sunday.

"This portion of the process is necessary to safely dismantle the crane and is expected to continue through the evening and into tomorrow," they said. "Once it is reinforced, the next step will be to begin safely dismantling the crane."

They said depending on how much work they can do today, will determine the timeline of when that will be completed.

Once the crane is safely dismantled, they said crews will then need to disassemble the assist cranes that were brought in to complete this task.

"Because the disassembly of that additional equipment will take time, we expect West Peachtree to remain closed through the end of the week," they said.

Officials said they believe residents and neighboring businesses will be able to return before the end of next week, but did not give an estimated time frame.

"We remain in communication with officials and property owners who are impacted by this situation," the Brasfield and Gorrie statement said.

Atlanta Fire Department spokesman Cortez Stafford shared images of two large 600 ton and 900 ton mobile cranes that have been erected on West Peachtree Street in Midtown. They will be used to dismantle the tower crane.

The roads impacted are West Peachtree between 10th Street and 14th Street, in addition to a few other roads in the area. People who need to navigate in the area will have to take alternate roads and will be impacted by traffic congestion.

On Friday, Atlanta Fire responded to the leaning crane when something malfunctioned during the initial disassembly.