Unstable crane in jeopardy of falling in Midtown Atlanta; Engineers in route to assess the situation

The crane is leaning right into a building located at 13th and West Peachtree Street, which is currently shut down. 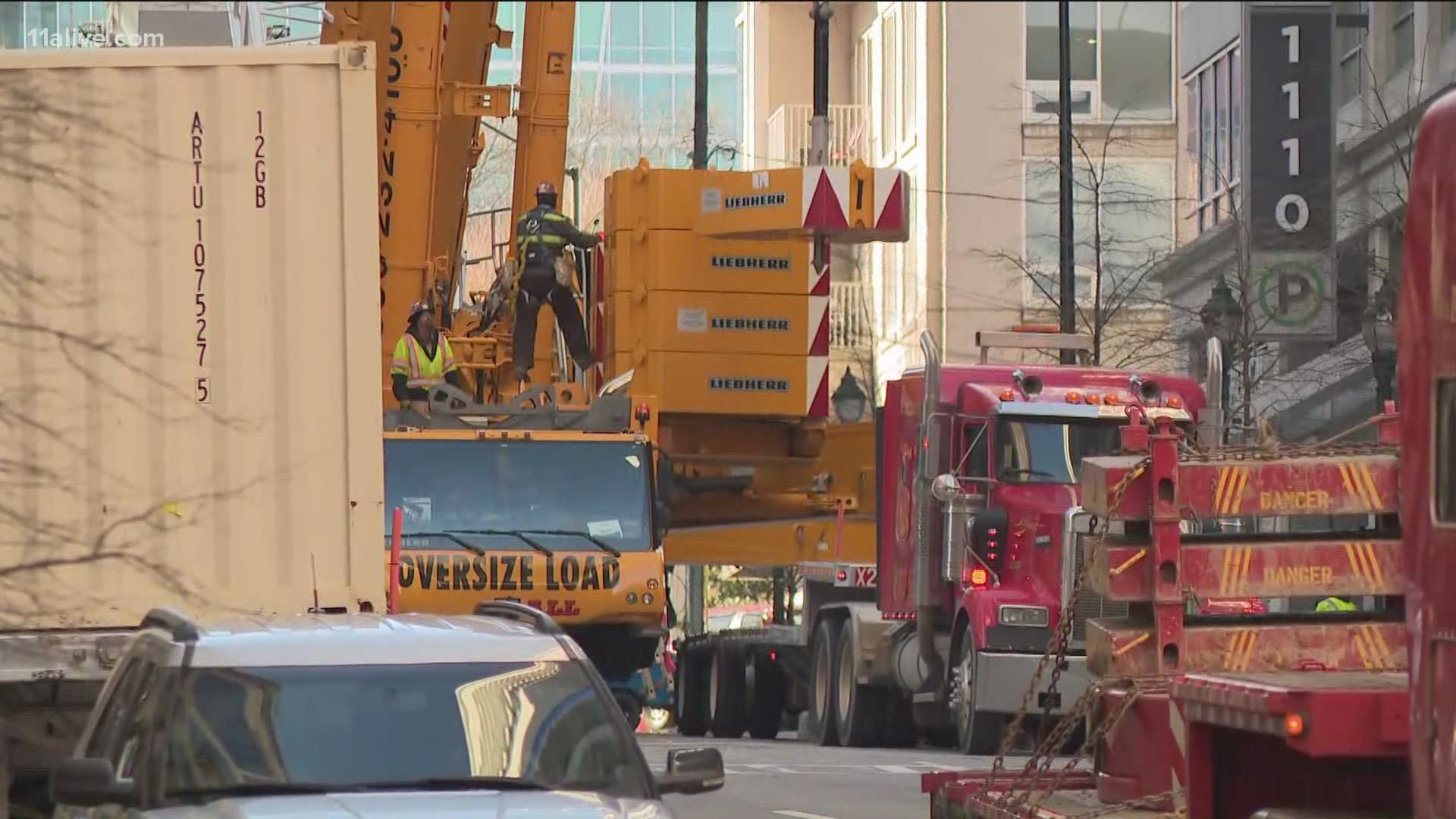 ATLANTA — A crane is still tilted outside of a multi-million dollar building in Midtown on Saturday morning, according to Atlanta Fire and Rescue.

The crane is leaning right into a building located at 13th and West Peachtree Street, which is currently shut down. Emergency crews have been on the scene for a few hours.

Atlanta Fire officials tell 11Alvie there was a mechanical failure while construction workers were taking down the crane. The crane operator was able to get out. It is in jeopardy of falling; officials are hoping the weather doesn't impact the condition further.

According to fire officials, multiple buildings in the area have been evacuated.

“The most important thing we’ve been able to do right now is evacuate the buildings surrounding the area just in case this crane does come down," said Cortez Stafford of Atlanta Fire.

11Alive SkyTracker flew over the scene where you can see the crane angled and leaning across a building.

‘This is not a normal situation, the crane is not supposed to be like that," Stafford said. "The concern is, if this crane comes down, how will it effect the other buildings in the area, what buildings it may damage."

Around 1:40 p.m. Atlanta Fire officials tweeted that a crane engineer was en route to access the situation. Two mobile cranes are also on the way to the location to assist in bringing down the crane as well.

West Peachtree is shutdown between 10th Street and 14th Street; a few other roads in the area are also blocked. People who need to navigate in the area will need to take alternate roads.

Stafford said streets could be shut down for the next 24 to 48 hours as crews work to dismantle the crane. They are assisting residents to get items out of their homes.