Man found dead in midtown Atlanta next to park bench

Investigators said his body was found in a park area outside a midtown Atlanta high-rise office building. 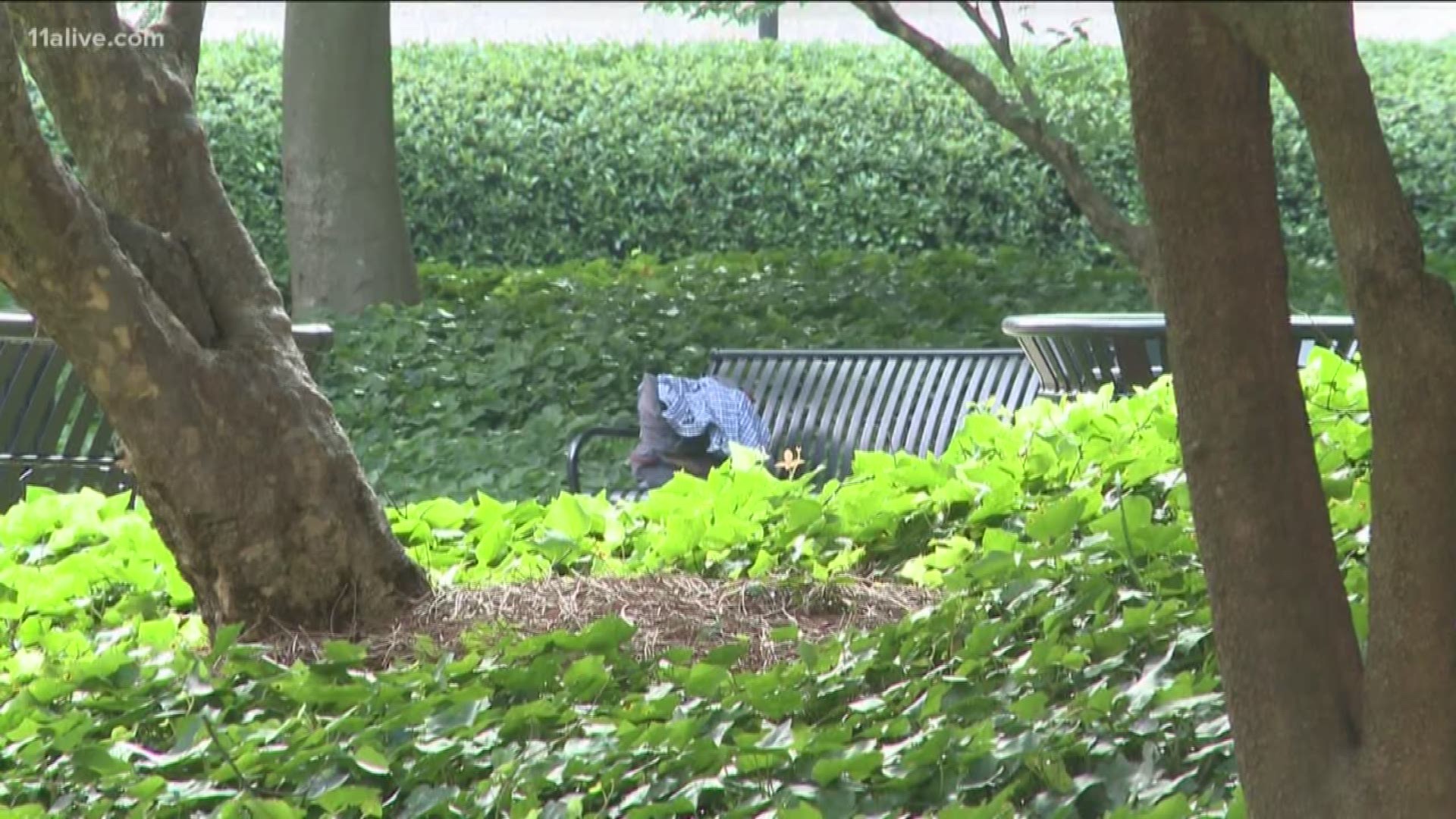 ATLANTA — Atlanta Police are investigating the body of a man found in the city's midtown area Wednesday morning.

According to Atlanta Police, the body of man, possibly in his late 30s, was found shortly before 8 a.m. in a small park area adjacent to a high-rise office building in the 1200 block of West Peachtree Street, N.E.

When officers arrived, they found the man's body, dead from what Atlanta Police Officer Jarius Daugherty at first indicated was a gunshot wound.

Major Michael O'Connor later indicated the cause of death was a stab wound to the chest.

11Alive's Jon Shirek says the victim's body was located next to a park bench. He said a backpack was on the bench, with a shirt draped over the backpack. Other personal belongings belonging to the victim were also on the bench.

O'Connor said police do have a tentative identification of the victim, but are not releasing it at this time.

He said the victim may have been killed during the overnight hours. He said there were no witnesses to the stabbing.

According to Daugherty, investigators think the victim may be homeless and had been sleeping in the area.

"He was sleeping here, at least for the last couple of months," O'Connor said. "So he's been here for a little while at this location. And he has caused no problems during that time. No one's ever called (police) about him. They've been okay with letting him stay here -- at least during the overnight hours."

K9 officers are assisting investigators as they search for shells and additional evidence in connection with the shooting.

O'Connor said a woman who routinely goes through the park area to take away cans and other litter found the body and called 911.

Investigators were checking security cameras in the area to find out if they caught anything that may provide any additional clues.

1 / 12
WXIA
Atlanta Police are investigating the death of a man in a small park area outside a midtown high-rise on Wednesday, June 26, 2019.

Anyone who has information about the incident is asked to contact Crime Stoppers. Tipsters to Crime Stoppers may remain anonymous and may submit information to the tip line at 404-577-TIPS (8477) or online at StopCrimeATL.com.

Tipsters may be eligible for a cash reward for information leading to the arrest and indictment of the suspect in the case.