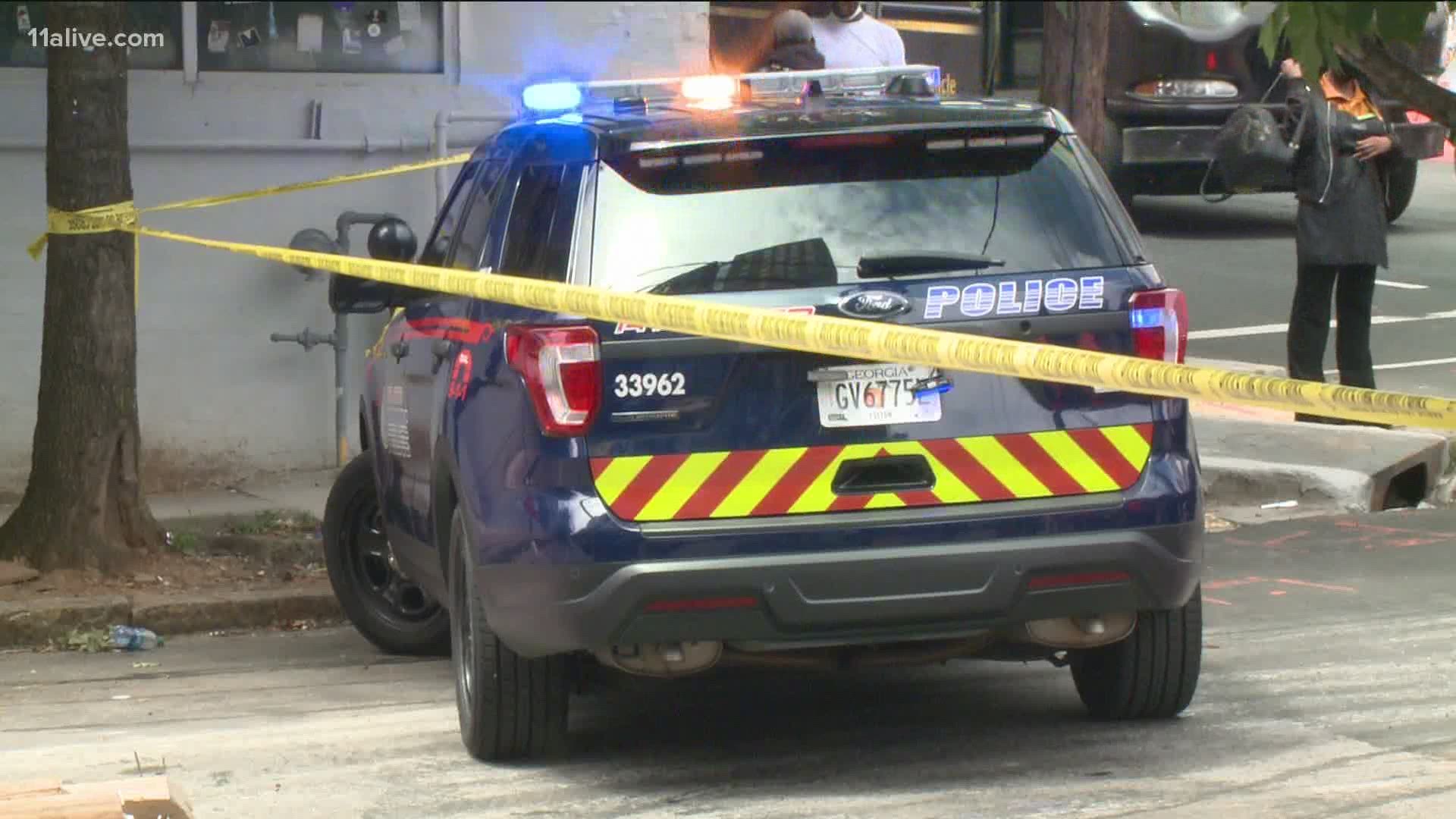 The Fulton County Medical Examiner's Office has identified a teenager who was shot and killed Saturday afternoon in one of the busiest parts of Atlanta.

According to the medical examiner's office on Sunday, the victim was identified as 18-year-old Jalanni Pless of Atlanta.

Just before 2:30 p.m. Saturday, Atlanta police officers were called to 95 8th Street NE in Midtown to reports of a person shot.

The department first reported that the victim was 13 however they have since clarified that he was 18.

According to Officer Steve Avery, when officers arrived at the scene, Pless had died already as a result of multiple gunshot wounds.

Avery said that witnesses told police they saw a group walking up the street near Spring Street and Peachtree Place before gunfire broke out and that Pless ran into a nearby garage.

The shooting happened just feet from a busy portion of Peachtree Street which is home to several local restaurants and bars.

At this point, police don't have many details on what led up to the shooting.

Avery said that two people were detained shortly after the incident and were later released after questioning. Warrants have now been secured for a 16-year-old suspect.