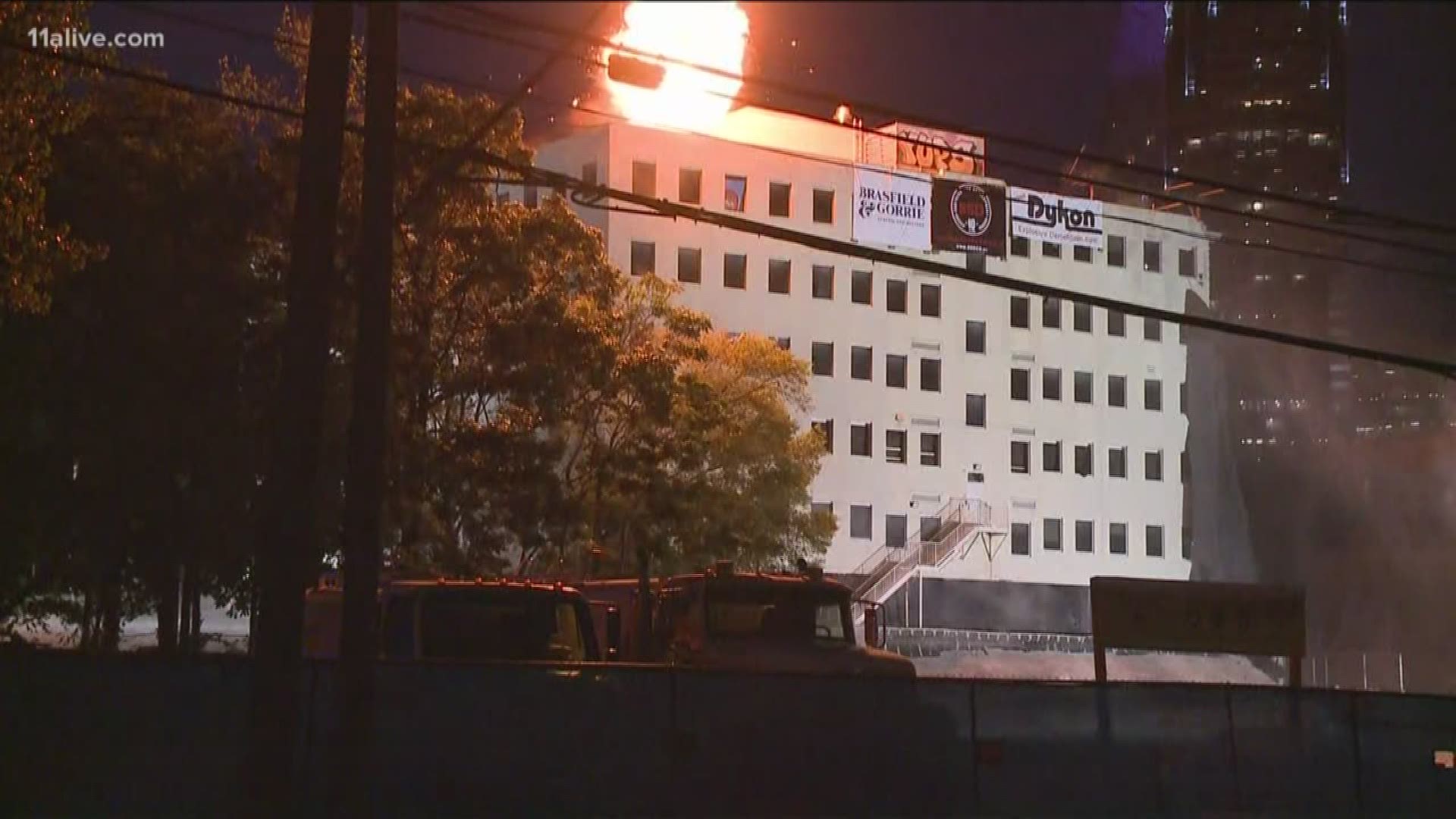 ATLANTA — That loud boom you heard early Saturday morning was no earthquake - it was a building implosion in midtown Atlanta.

The decades-old five-story Arthritis Foundation building on West Peachtree Street was knocked down to make way for the new Midtown Union complex, which is slated to include 1.3 million square feet of residential, retail, hotel and office space, according to our partners at the Atlanta Business Chronicle.

The white-faced Arthritis Foundation building has stood on the West Peachtree Street site for about 60 years, between 16th and 17th streets.

Traffic on 17th and West Peachtree streets along with MARTA traffic on its Red and Gold lines have been affected by the implosion, which took place at about 7 a.m. The Arts Center MARTA Station, which is across the street, was also temporarily closed.

According to transit officials, Gold Line service was interrupted for about an hour. After the all-clear is given, subway traffic will resume beneath West Peachtree Street between Midtown and the Airport.

MARTA says rail traffic on its Blue and Green lines are not affected by this particular construction work.

After a brief inspection of the area, traffic was allowed to resume on the blocked streets.

Daddy's girl | How tumultuous past leads to heartbreaking ending