The shooting happened around 11 p.m. in the parking lot of Bulldogs bar. Police say the victim appears to have been a booter 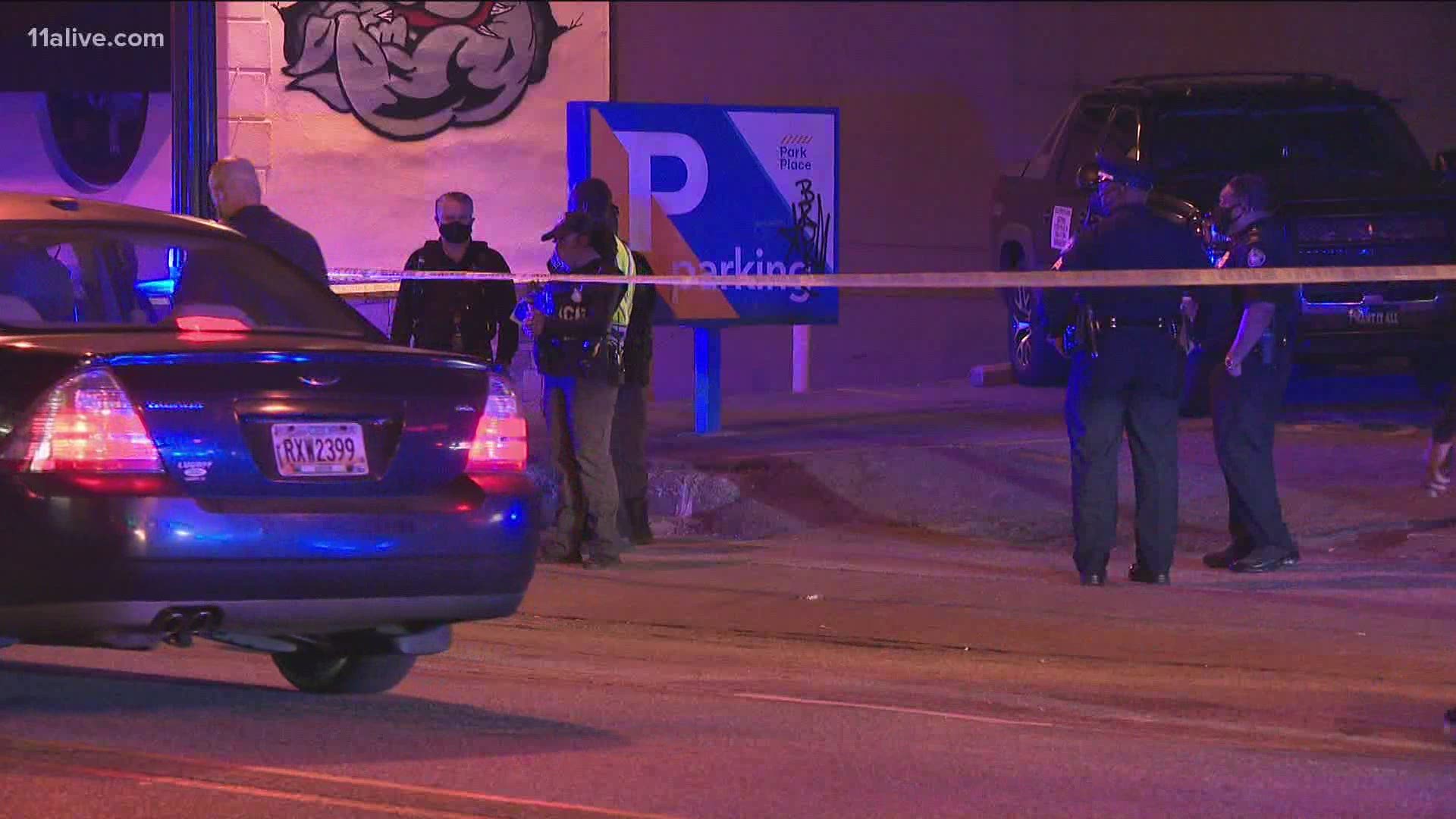 ATLANTA — Atlanta Police are investigating a shooting in an often busy part of the city's Midtown neighborhood.

Police Sgt. John Chafee said that officers were called to reports of a person shot in the area of Peachtree and 7th streets around 11 p.m. on Friday night.

When officers arrived, they found a man with several possible gunshot wounds, Chafee said. Despite the injuries, police said the man was "alert, conscious and breathing" and will be taken to an area hospital for treatment.

In a later update, Officer Tasheena Brown confirmed that the incident appears to have happened in the parking lot of Bulldogs bar and the victim was a booter. Police believe, at this point, that the booter had noticed multiple male suspects of unknown age breaking into a vehicle. Police said he was shot while approaching them.

Police have not yet publicly identified a suspect in the shooting or whether they have a person in mind for the crime. Police said the suspects escaped in a silver sedan.

The area listed by police is a busy intersection with several bars and restaurants within a short distance; though it's unclear how many people were in the area when the shooting took place.

At this point, police are still working to uncover additional circumstances behind the shooting. As such, the details could change as more information comes to light.