Katie Janness and her dog were found stabbed to death inside the Midtown park. 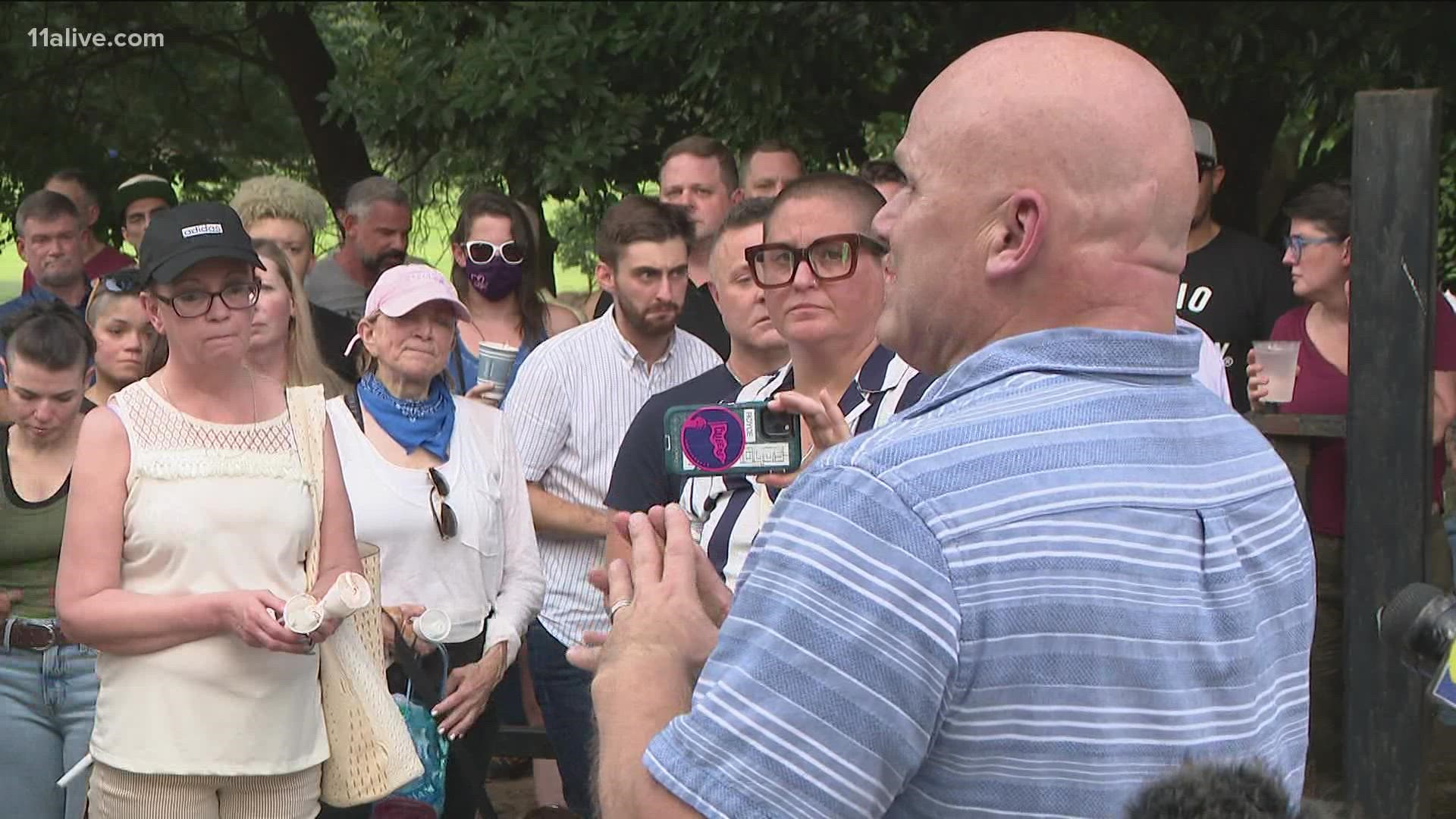 ATLANTA — The FBI is assisting the Atlanta Police Department with the gruesome murder of a woman and her dog inside Piedmont Park. Wednesday morning around 1 a.m., 40-year-old Katie Janness and her dog Bowie were found stabbed to death inside the park near the 10th st. gate entrance.  The killer is still unaccounted for and police have not released any information about a potential suspect

APD on Friday also wouldn't provide any specifics about the FBI's involvement with the investigation, nor would the FBI.

"There is a monster on the loose in the city of Atlanta," said Joe Clark during a vigil at the park Thursday night.

During the murder, according to Clark, DNA evidence was potentially left behind on the dog.

"They're shared that with me," Clark said when referencing conversations with APD detectives. "So there is evidence out there that we hope is going to get this person captured."

When contacted by 11Alive on Friday, Atlanta Police cited the active investigation and wouldn't comment on any evidence in the case.

Harold Copus is a former FBI agent, turned private investigator, living in the metro area. He said the FBI could be assisting in a homicide investigation for several reasons, including adding pressure.

"It may cause people to loosen up and provide more information," he commented during an interview with 11Alive.

If there is DNA evidence as Clark referenced, Copus said the FBI could be providing assistance by comparing the DNA against entries in its national database. The FBI could also be assisting with its nationwide network of agents.

"You bring the bureau in, in case you think the person has fled interstate," Copus said. "But for them to flee interstate the police must know something about the person in order to bring that portion of the bureau to investigate."

The FBI can be called in, Copus said, to assist local law enforcement with hate crime cases. But with Georgia now having a hate crime law on the books, he questioned if APD would call the FBI for such assistance.

Atlanta Police didn't answer questions of whether the case is being investigated as a potential hate crime.