Tomeka Pless, Jalanni's mother, was too emotional to talk at Thursday's event, but his little sister shared the agony over losing her big brother. 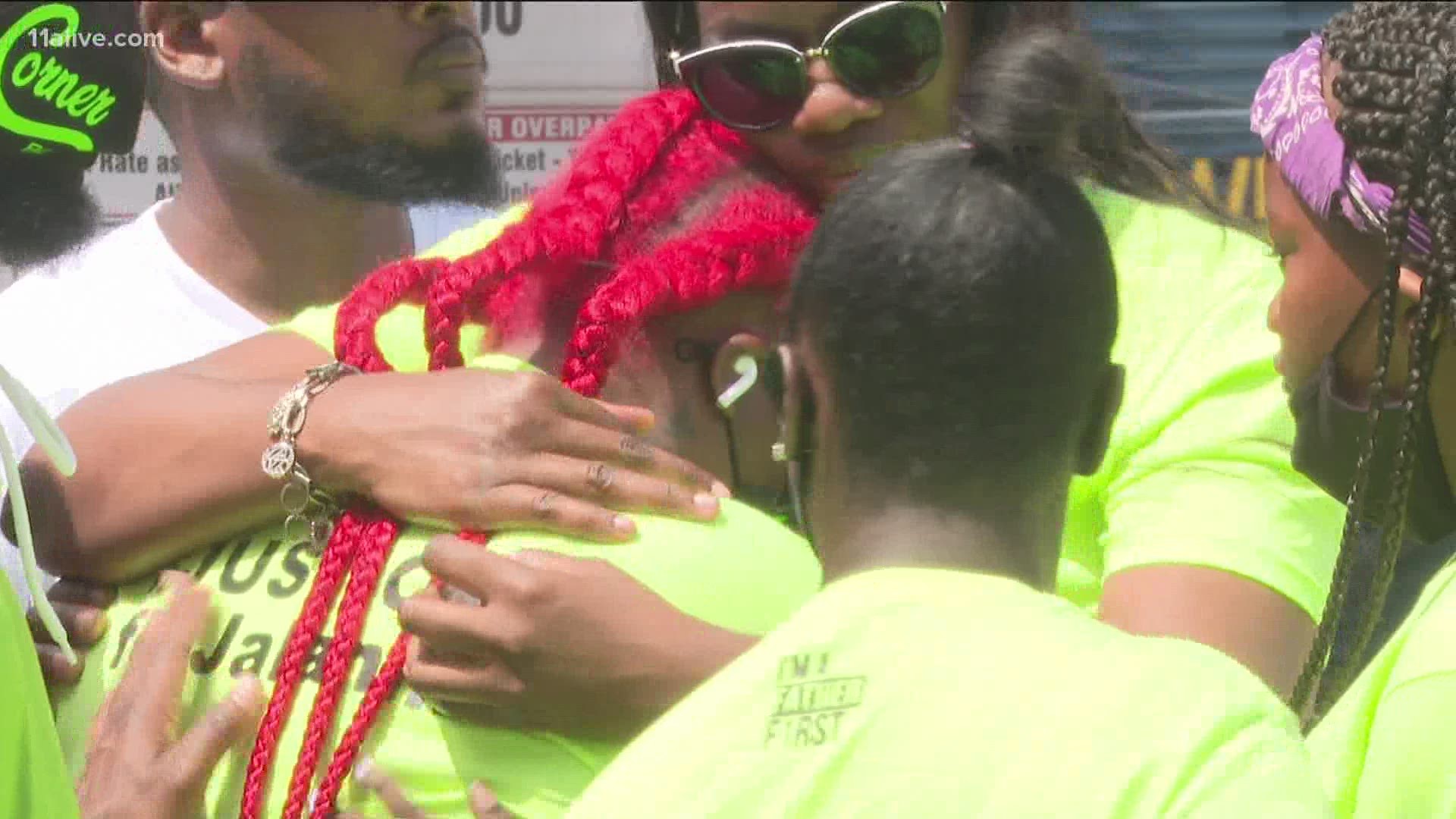 ATLANTA — The family and friends of a teen killed over the weekend are trying to raise awareness about gun violence.

Thursday, 18-year-old Jalanni Pless' family along with activists returned to the area where he was gunned down. The teen was out selling bottles of water along 8th Street in Midtown on Saturday when the shooting happened.

Below is part of the 911 call released by police.

911: What's the address of your emergency?

Caller: My brother just got shot, we need an ambulance

Caller: He's not moving, he's just laying on the ground

Jalanni's friends told his family he and another teen selling water got into a fight over a $10 dollar bill a customer gave to Jalanni instead of him.

Tomeka Pless, Jalanni's mother, was too emotional to talk at Thursday's event, but his little sister ,Mykerra Brown, shared the agony over losing her big brother.

She also has a message for the juvenile police have issued an arrest warrant for.

“It's hard losing your best friend it's hard losing the closest thing to you and your protector. You're only three years younger than me. Please turn yourself in," she said.

“When I heard about this murder it set me off a little bit,” said Keith Lewis Jr. Founder of I’m a Father F1rst. He sponsors the Corner Boys program to help teens who want to sell water during the summer.

He said the group pays a flat $50 to each teen regardless of how much they sell so they don't have to fight over territory or become too aggressive when approaching customers.

“That would help, instead of being out here on the corner having territorial fights and shooting and killing each other over a buck or a dollar and it just doesn't make any sense.”

GBI records don't track the number of teens over 18 who die from guns, but officials said based on current cases, the number of children up to the age of 17 dying due to guns, is trending higher now than this time last year. This is based on preliminary data.

Cobb County schools will delay the start of the school year