1 worker rescued, others hurt after partial collapse of parking structure in Midtown

Here's what we know right now. 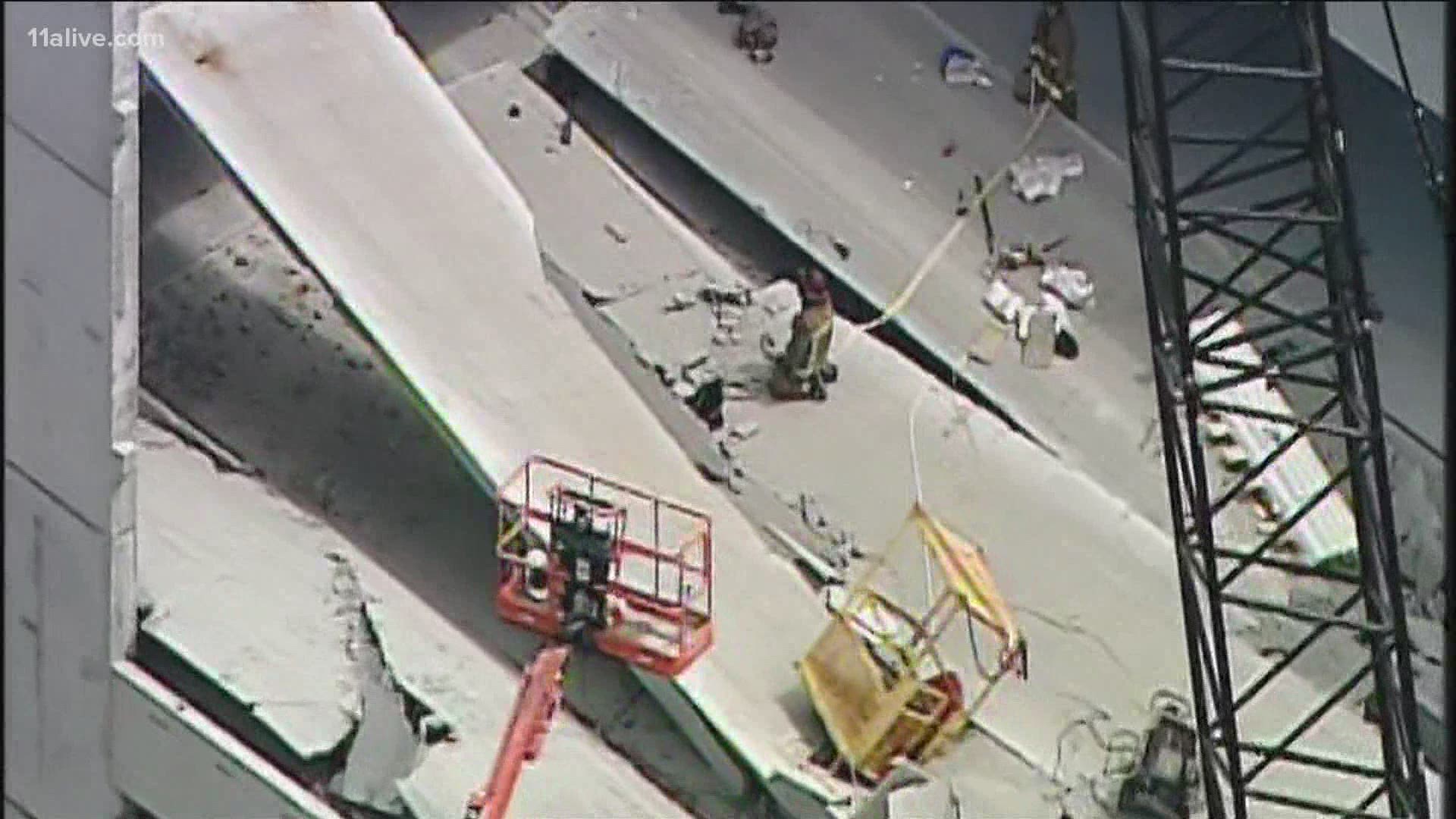 ATLANTA — Multiple people were hurt and one person had to be rescued after a portion of a parking structure under construction collapsed, Friday afternoon.

According to Atlanta Fire, the collapse happened near the intersection of West Peachtree Street at Linden Avenue, near Emory University Midtown Hospital.

Atlanta Fire Deputy Chief Glen Riley said fire crews got the call at 11:37 a.m. that a piece of the parking deck under construction had collapsed, and that one person was trapped under the collapsed portion.

Riley said it was immediately a tricky situation getting to the worker who was stuck, and they had ultimately had to use radios from the crews to coordinate the rescue.

Because of the way the collapse happened, Riley said they we're able to deploy inflatable "pillows" to help raise the debris off the trapped person, and instead had to use rigging, a special saw and the crane operator - also a member of the crew - to help carefully lift the debris high enough to pull the person out. He said it was even tougher because the crane operator was operating "blind" and was relying on communication from a fire captain for direction on where to navigate the crane.

After about 11 minutes, Riley said the trapped worker was freed from the debris, and was taken to the hospital with a serious leg injury minutes later. The rescue was over in less than an hour, he said.

"I think they did an awesome job in there," Riley said.

At least four other construction crew members were hurt, but were able to walk out of the building on their own. One firefighter was taken to the hospital for treatment for possible heat exhaustion.

According to OSHA records, Baston-Cook Construction, who was operating the construction site, has been fined twice for different violations over the last five years, one involving the 2017 death of a worker at a construction site at Northside Hospital.

In a statement, the company's chief operating officer acknowledged the accident, writing that the workers injured were subcontractors for the company.

"At Baston-Cook Construction, safety is our top priority. We are committed to the safety of every employee and trade partner working at our job sites," Kevin Appleton said. "Our thoughts are with each of those injured and we would like to thank the first responders who assisted with this rescue operation."

Now, Riley said their concern is making sure that no more sections of the structure collapse - especially outward, which may extend to the expressway below. He said engineers with Baston-Cook are going to try and rig it to try to keep it from falling. He added that they will likely have to close off streets - including parts of Spring Street - while that is being done until engineers, and later, City of Atlanta engineers, can ensure no further collapse.

"Right now there is no danger, but you never can tell what can happen," Riley said.

A representative with the Atlanta City Planning Department said that inspections had been performed by the department and that the permit for the construction was up to date.

"The site is secured; and necessary steps are being taken to determine how construction can resume safely," Commissioner Tim Keane with the department said. 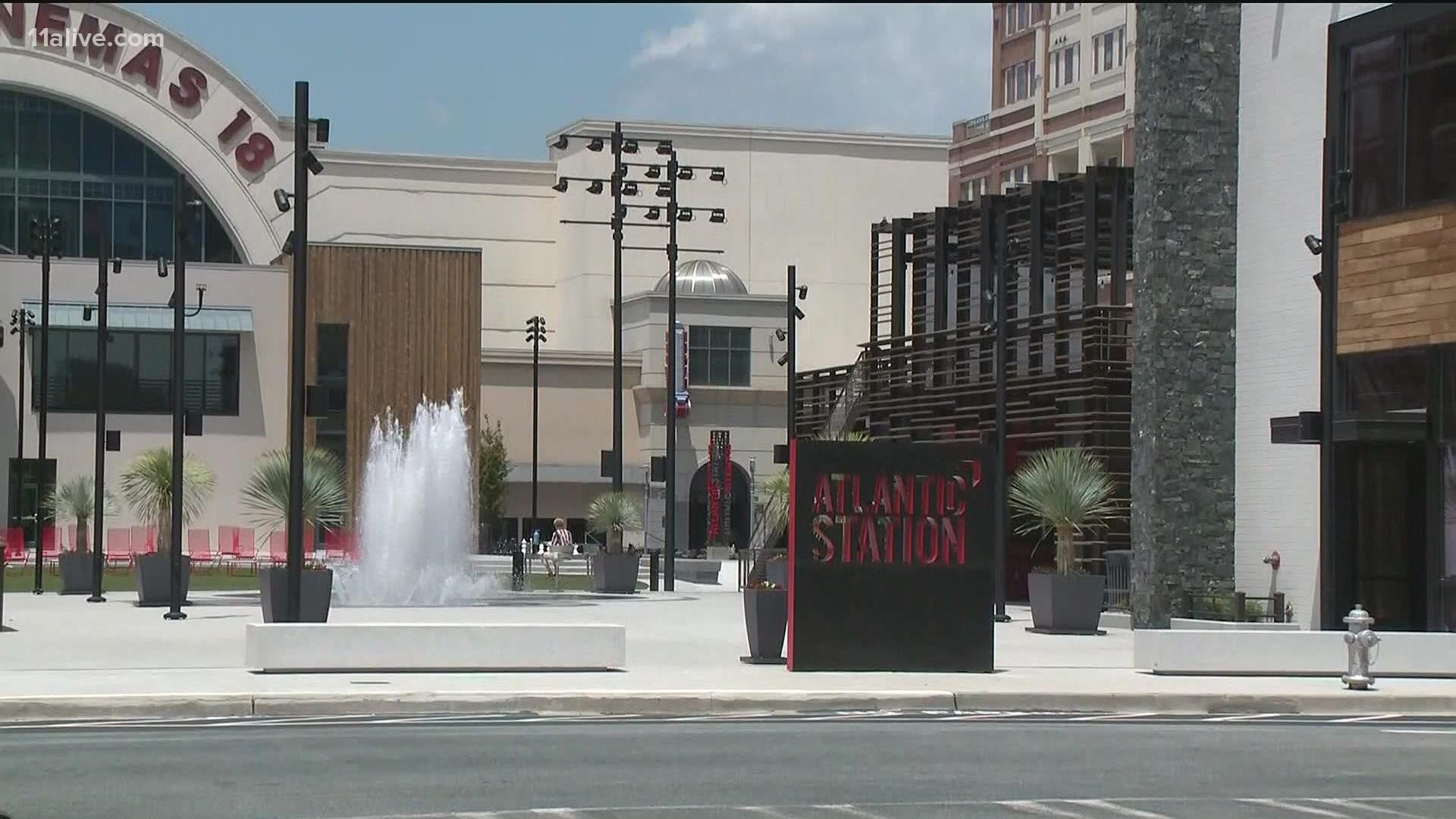