Heavy police presence was spotted on Spring Street during the early hours of the investigation. 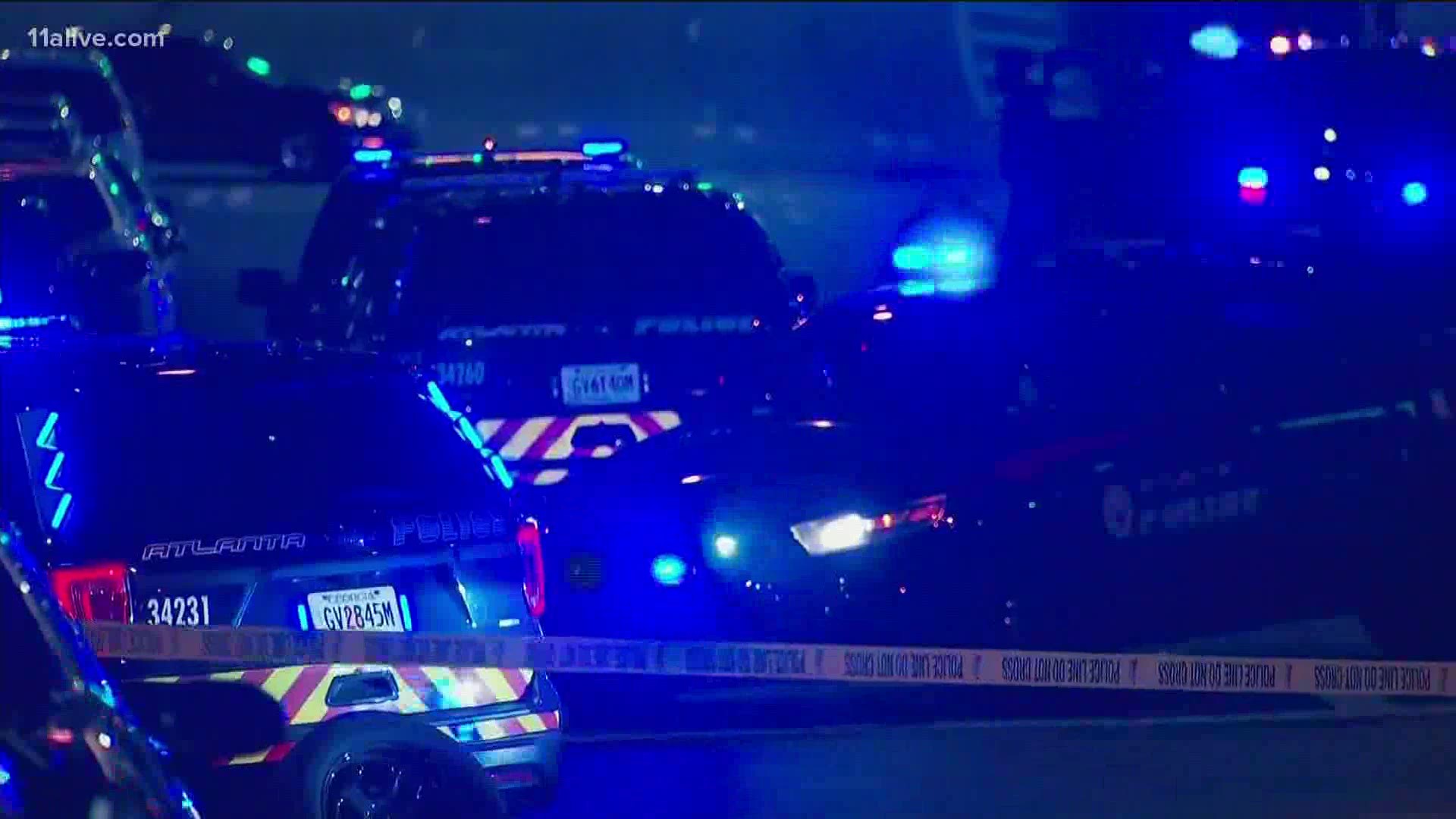 ATLANTA — Atlanta Police are looking for a man and woman they believe robbed someone at gunpoint around 12:30 a.m. Friday. A heavy police presence blocked the 900 block of Spring St. in Midtown Atlanta for a few hours early Friday morning. The Atlanta Police Department secured a multi-block area between Spring St. right before Peachtree Pl NW and Spring St. at 8th St. NW.

Police said a woman called 911, reporting to officers that she had been approached, punched and threatened at gunpoint before having her purse stolen. Police said the victim spotted the suspects parked in a black Chevrolet Camaro and a silver Dodge Challenger on Spring St., near the intersection of Peachtree Place in Midtown Atlanta.

According to a preliminary report, back-up officers arrived on the scene and the suspect in the Camaro fled. Police said as officers walked up to the driver in the Challenger, the driver accelerated and hit one officer. Another officer fired one shot into the front windshield as the driver escaped.

It's unclear whether the bullet struck anyone. The officer hit by the vehicle was not injured. GBI investigators were also spotted on the scene. State-level law enforcement usually assists in shooting investigations involving local law enforcement. Police have not released a description of the armed robbery suspects.